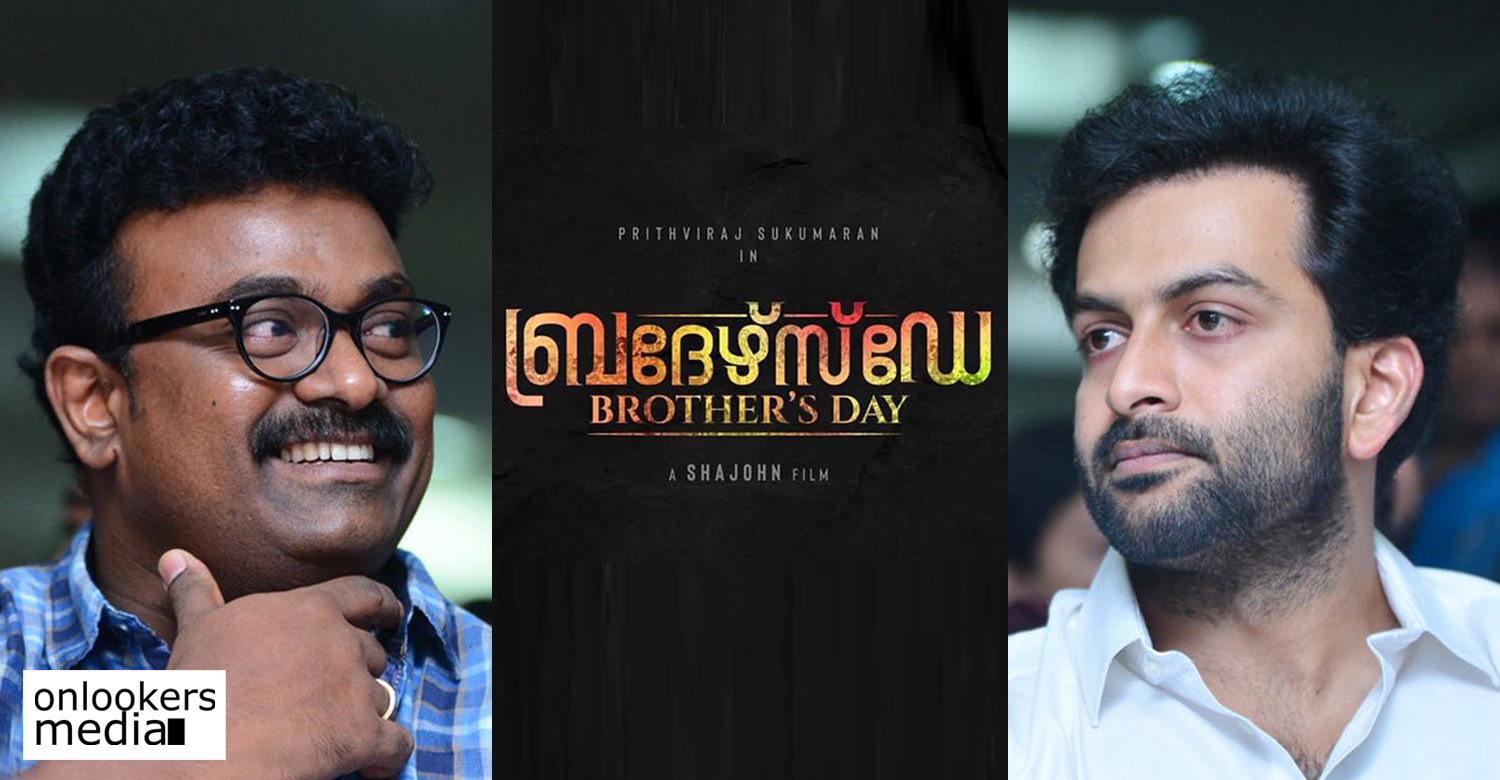 Prithviraj believes that Shajohn will be a good filmmaker; Brother’s Day to start rolling soon

As we had reported earlier, actor Kalabhavan Shajohn is turning a director with ‘Brother’s Day’ starring Prithviraj in the lead. Since the latter is known to be very choosy with his films, naturally there were questions about what prompted him to take up this film. Apparently, Shajohn had approached Prithviraj with the script two years back to get an idea about who will be apt to direct it. Impressed by the script and the detailing in it, the actor asked Shajon himself to direct it.

Prithviraj has high hopes on the movie and believes that Shajohn will make a good filmmaker. Earlier while announcing the project, Prithviraj had written in his Facebook page,

Couple of years back, Shajohn chetan (Yup..our own Kalabhavan Shajohn) came to me and read a fully bound script that he had written. He wanted me to act in it and also take a call on who would be the best choice to direct his script. But in the way he had written it, and in the detailing of his narration..it was pretty obvious to me that only one person could direct his script. HIMSELF!

According to Prithviraj, the movie will be a full-on commercial entertainer. It is after a four-year-long gap that he is doing something completely commercial like this. More details regarding the other and crew members, and when shoot commences will be revealed shortly.

Parvathy and Asif Ali to team up once again after Take Off and Uyare
Karthik Subbaraj’s next after Petta is with Dhanush!
To Top