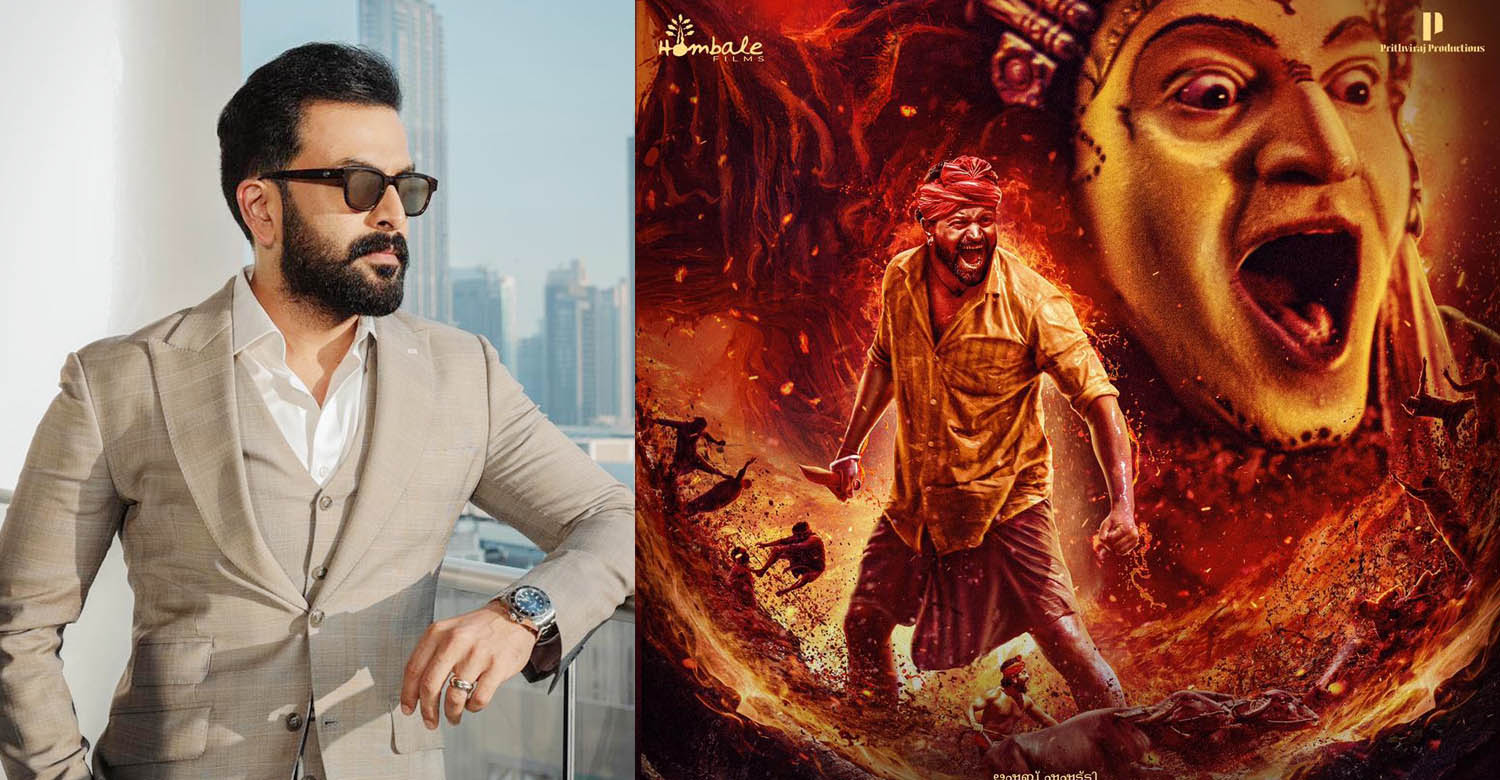 Kannada film ‘Kantara’ is turning out to be a sensational hit at the box office. The film, which has Rishab Shetty as the director and the lead actor, is produced by ‘KGF’ makers Hombale Films. Ever since its release on September 30, ‘Kantara’ has been getting terrific response from all corners. The highly positive word of mouth soon spread and the film started doing well outside Karnataka also. Inspired by its success, the makers have now decided to dub and release the film in Tamil, Malayalam, Hindi and Telugu.

In Malayalam, actor Prithviraj Sukumaran’s banner Prithviraj Productions is set to release ‘Kantara’. It is worth a mention that Prithviraj is collaborating with Hombale Films for his upcoming directorial ‘Tyson’. He is also part of Prabhas’ ‘Salaar’, which is also backed by the same banner.

Prithviraj had recently tweeted in praise of ‘Kantara’ after being impressed by the film. The following day, he also informed that it is his honour to release the film’s Malayalam version.

#KANTARA is a glorious cinematic achievement! #RishabhShetty is an absolute genius both in front and behind the camera! @hombalefilms What a mind blowing portfolio of content you’re building. Thank you for leading the way! Brace for a beyond spectacular last 20 minutes.

#KANTAARA Malayalam! Coming soon! I absolutely HAD to do this after watching the Kannada version! Do not miss this gem in the theatres when it releases across Kerala in Malayalam. @hombalefilms @PrithvirajProd @shetty_rishab