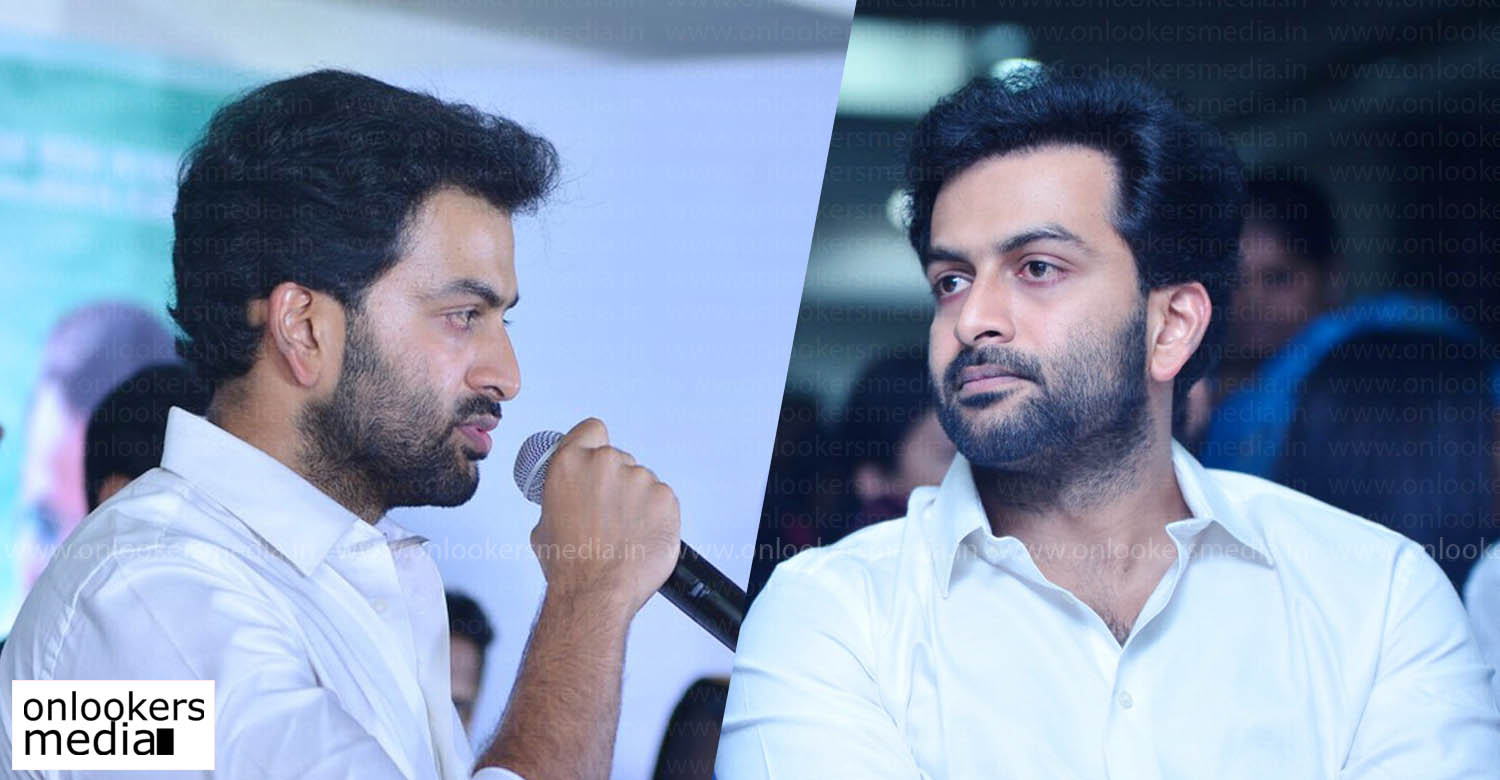 The popular actress who was assaulted in a moving car in Kochi, is returning back to work today, leaving behind the scars of the incident. She has taken an inspiring decision to resume shooting hardly after a week from the incident. Appreciation has been pouring in for the actress from all corners.

She will be shooting alongside Prithviraj for the movie titled as Adam. The movie, which marks the debut of screenwriter Jinu Abraham, went on floors today in Kochi.

Media had flocked the shooting spot to catch a glimpse of the actress and if possible get an exclusive interview. However, Prithviraj stepped in and requested the media to kindly stop the coverage when she arrives.

He said, “This is a request on behalf of myself, the girl and my colleagues to all my media friends out here. There should not be any kind of media ambush when she arrives at the shooting location. But I believe the media friends here are courteous enough to give her due respect. Let her talk to you whenever she feels comfortable, I am not someone who should comment on that. I urge you all not to create an uncomfortable atmosphere here when she arrives.”

Adam stars Bollywood actress Mishti Chakraborty as Prithviraj’s pair. Bhavana will be seen in an equally important role. Narain and Rahul Madhav are also playing pivotal characters in the movie. Major portions of the movie will be shot in Scotland.

Pulimurugan, Ezra and Veeram- A new wave of technically superior movies in Mollywood
The 11 minute long climax sequence in Angamaly Diaries was shot in a single take with 1000 artists
To Top