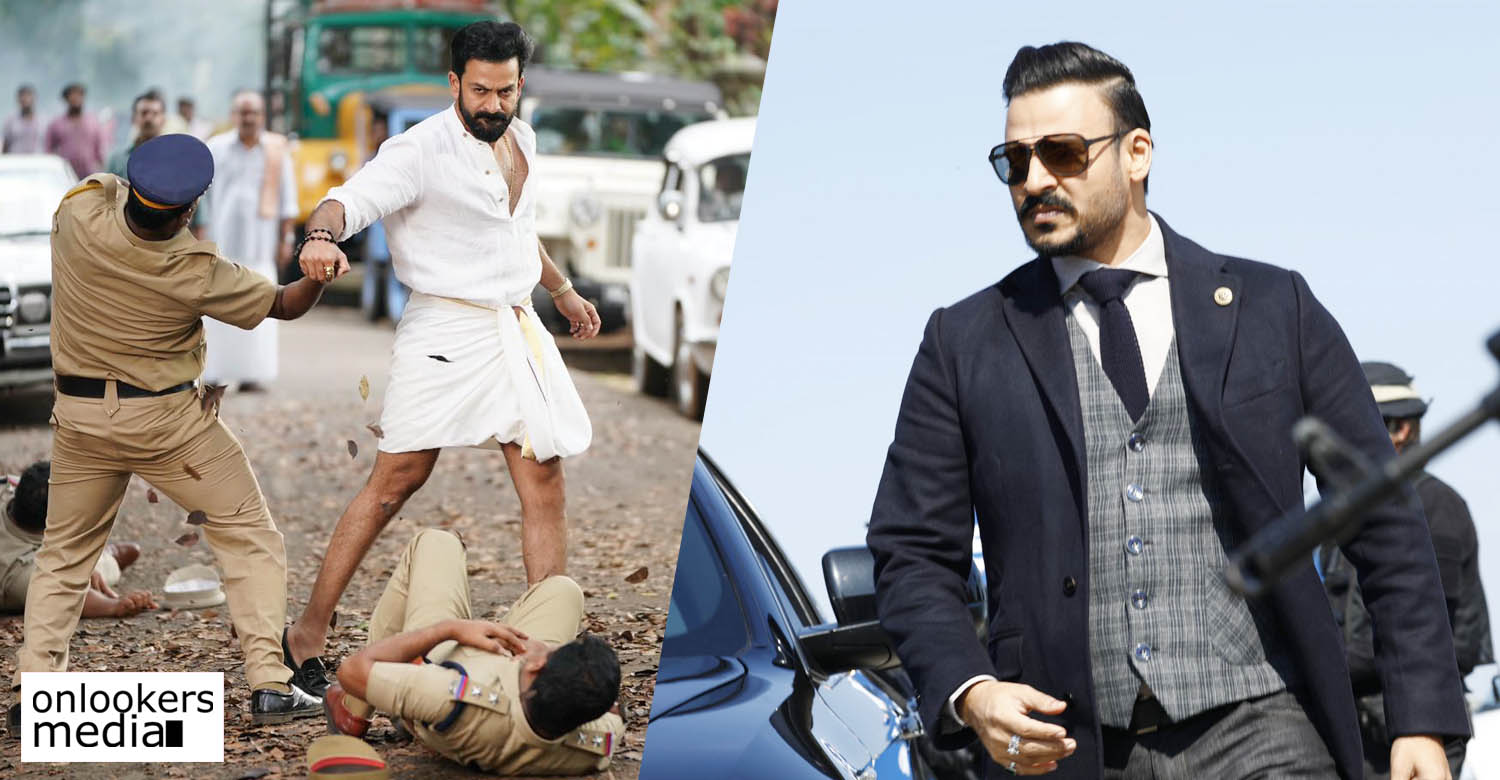 Shoot for Prithviraj starrer ‘Kaduva’ is currently progressing at a brisk pace. Last day, the actor shared a location still in which he is seen fighting the cops. He also added that he’s waiting for the villain’s arrival. Vivek Oberoi plays the antagonist in the film. He is expected to join the sets shortly. Prithviraj and Vivek Oberoi had earlier worked together in the former’s directorial debut ‘Lucifer’ ‘Kaduva’ is scripted by Jinu Abraham. The film has Jakes Bejoy handling the music department and camera cranked by Abinandhan Ramanujam. It is being produced by Prithviraj Productions along with Listin Stephen’s Magic Frames.