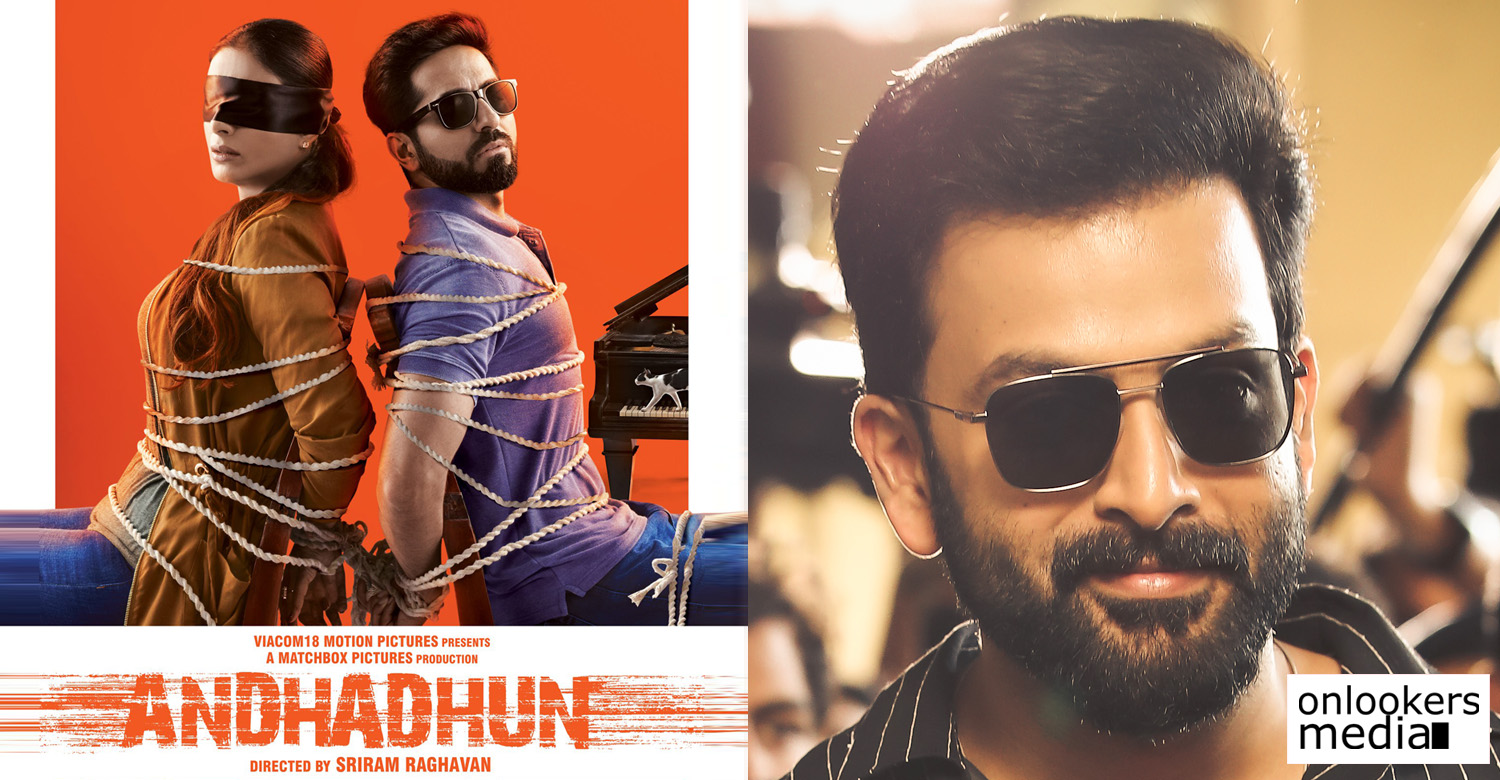 If reports are to be believed, the 2018-released blockbuster Hindi film, ‘Andhadhun’ is getting remade in Malayalam. Ace cinematographer Ravi K Chandran will be directing the film. As per these reports, Prithviraj Sukumaran, Ahaana Krishna and Mamta Mohandas will be playing the lead roles in the film. It is said that shoot for the film will begin in January. We are still awaiting an official confirmation from the makers.

‘Andhadhun’ is a black-comedy, thriller starring Ayushmann Khuranna, Radhika Apte and Tabu. Directed by Sriram Raghavan, it is one of the most acclaimed films in Indian cinema in recent years. The film won several awards at various levels, which includes three at the National level as well. Ayushmann’s stellar performance won him the award for Best Actor. It also won the award for Best Hindi film and Best Adapted Screenplay. Besides the critical acclaim, the movie was a huge commercial success as well.

‘Andhadhun’ is also getting remade in Tamil and Telugu languages. In Tamil, Prashanth will be playing the lead role. The actor’s father Thiagarajan had bagged the remake rights officially. Though ‘Thani Oruvan’ fame Mohan Raja was initially signed as the director, he later opted out due to creative differences. ‘Ponmagal Vandhal’ fame JJ Fredrick will instead helm the project.

The Telugu version of ‘Andhadhun’ will be directed by Merlapaka Gandhi. Nithiin, Nabha Natesh and Tamannaah Bhatia have been signed to be play the lead roles.

Manju Warrier’s song from Jack and Jill set to be released soon!
MG Sreekumar croons a song for Mohanlal’s Aarattu
To Top