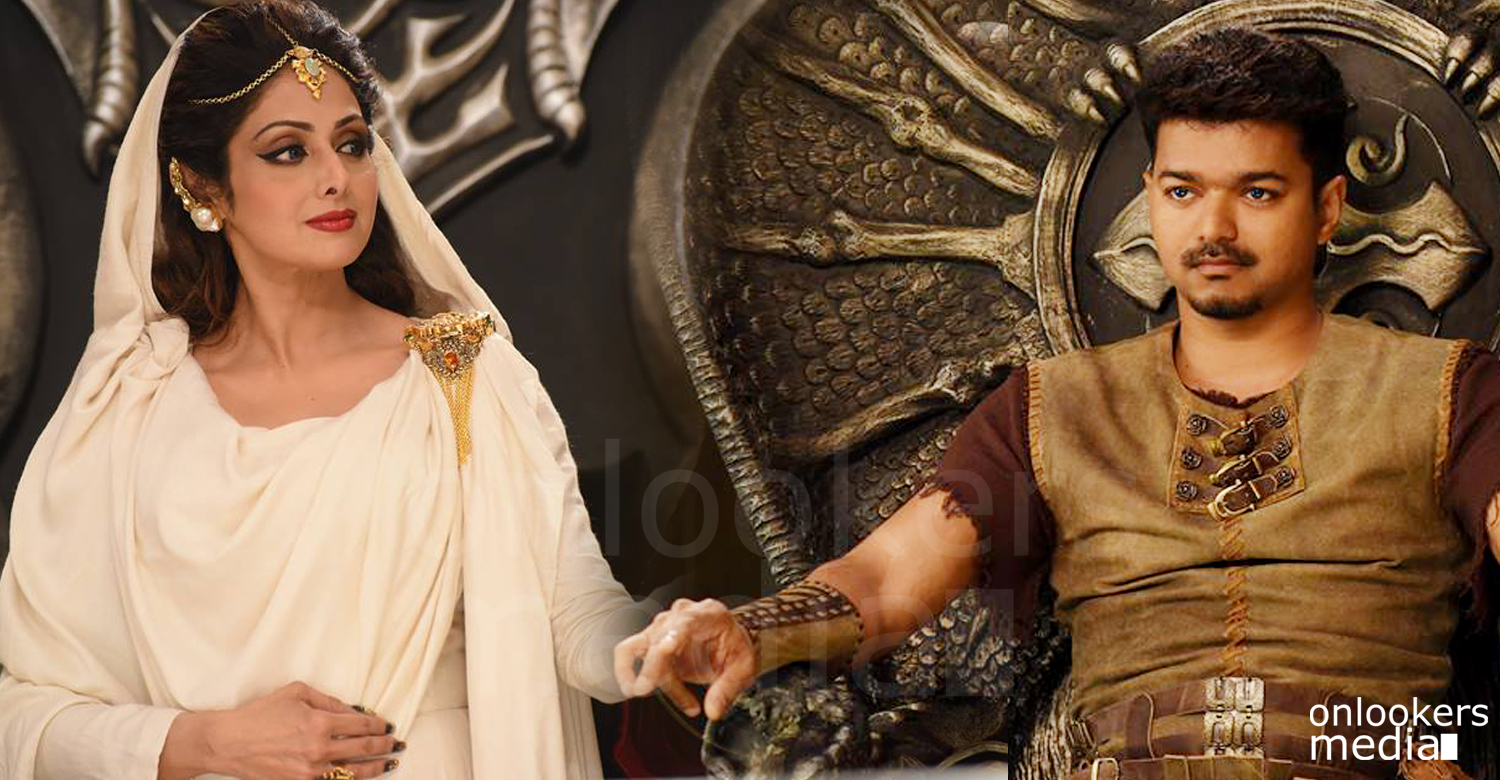 Puli, directed by Chimbu Devan and starred by Ilaya Thalapathy Vijay is landed in all sorts of trouble right from the completion of the film. At first the first look of the film had leaked from the sets and then its teaser itself released from the studio where its post-production works took place. Then just before the release of the film, there was income tax raid happened in the houses of its lead star Vijay and also in the houses of its financers. That become a barrier for its release as it had to cancel all its morning shows, fans shows etc on the day of its release.

And after its release, the film had got such a negative word of mouth from crowd and critics that it was really sank in box office. It had made a loss of more than 7 crore rupees to the distributor of Tamilnadu itself and they want Vijay to make the compensation for that loss. Now another trouble pops up as one of the lead actress in the film, Sridevi has filed a complaint against the financers of the film that they did not give her the remuneration which they told to give her after the release of the film.

The film which had made around a budget of more than 120 crore rupees eaten dust at box office and now Sridevi’s complaint against the film in the Tamilnadu Film Producers Council landed the film in more trouble. As per sources Sridevi said that they still don’t gave her the 50 lakhs Rupees which is due to her as per the remuneration agreement. The film is financed by Shibu Thamens of the Thameens films and P T Selva Kumar.

Years before it was the film named Sura that landed Vijay in such trouble regarding the failure of a film. Sura also was a big failure and at that time its distributors want Vijay to make the compensation. Now Puli is making him land in more and more trouble. It was Vijay’s biggest film till date as well.

Dr. Biju’s open challenge : Will watch all Shahrukh Khan films from now on
Kiccha Sudeep coming as Brand Ambassador of Kannada Cinema in ALIIFF
To Top