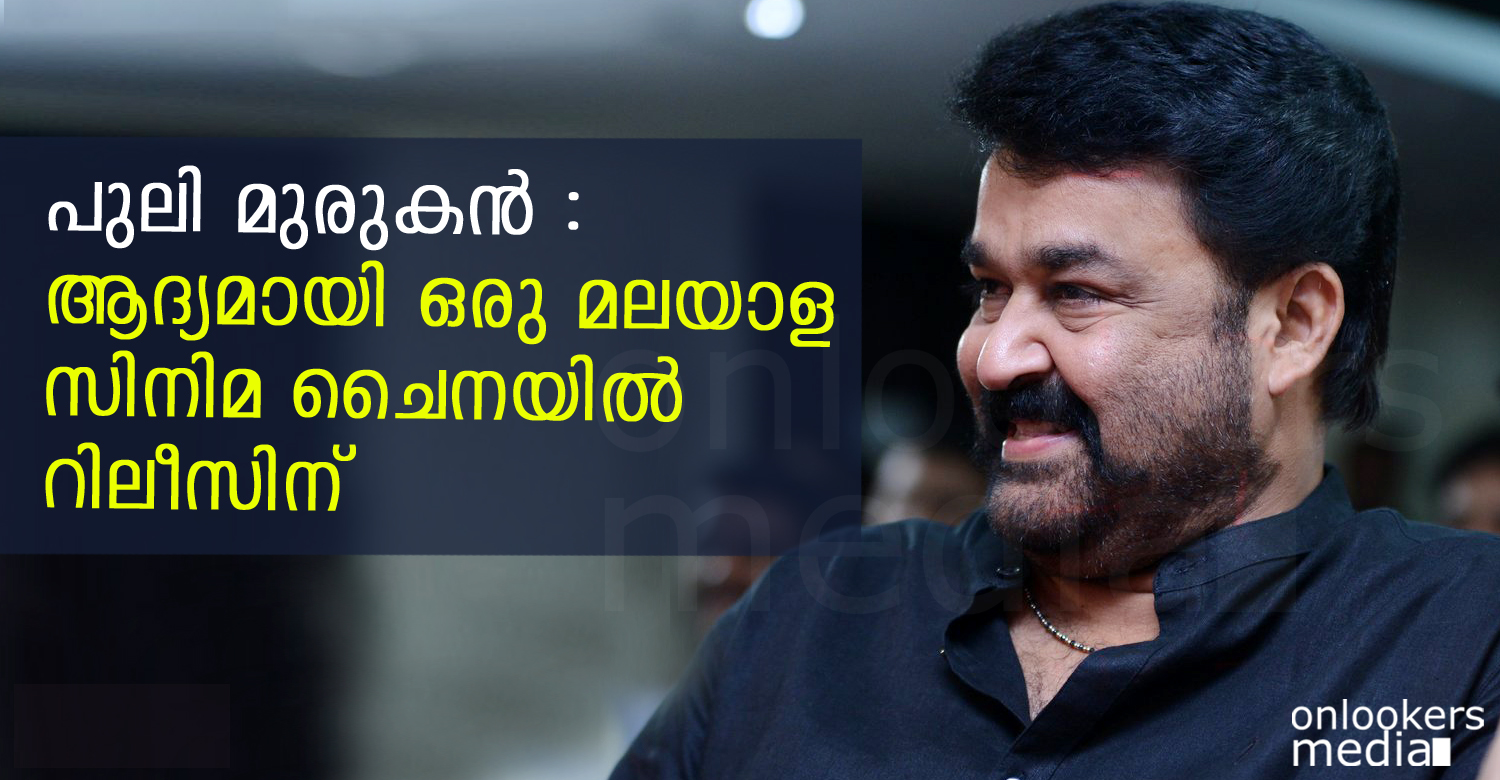 Pulimurugan going to be the first ever Malayalam film to have a China release !

Mollywood is now expanding year by year and in the box office collections we can see that expansion. We saw in 2013 that, Mollywood’s biggest star Mohanlal inaugurated the 50 crore club of Mollywood with his film named Drishyam directed by Jeethu Joseph which totally done a business around 75 crore. Then in last two years, 3 more films entered the 50 crore club, like Premam, Ennu Ninte Moideen and Two Countries. Many films like Bangalore days, Amar Akbar Anthony etc had done around 40 cr business as well.

But now Mollywood is all set to create history through a release in China. And it will be again Mohanlal who is going to set that history as his upcoming film Pulimurugan will have a China release as well along with its Malayalam, Telugu, English and Tamil versions.

Puli Murugan is the biggest budget Malayalam film till now as per reports and it will be releasing in china as well, said by producer Tomichan Mulakupaadam. From South India as a whole, only a few films had Chinese release till date and Mollywood also all set to make that history.

Pulimurugan directed by hit Maker Vysakh and written by Udaya Krishna of the popular duo of Sibi K Thomas and Udaya Krishna team is almost finished it’s filming at different countries. It will enter its post- production stage by this month end as well.

Premam title remains the same in Telugu version as well !
Mohanlal did all fight in Puli Murugan without dupes, says producer Tomichan Mulakupadam
To Top