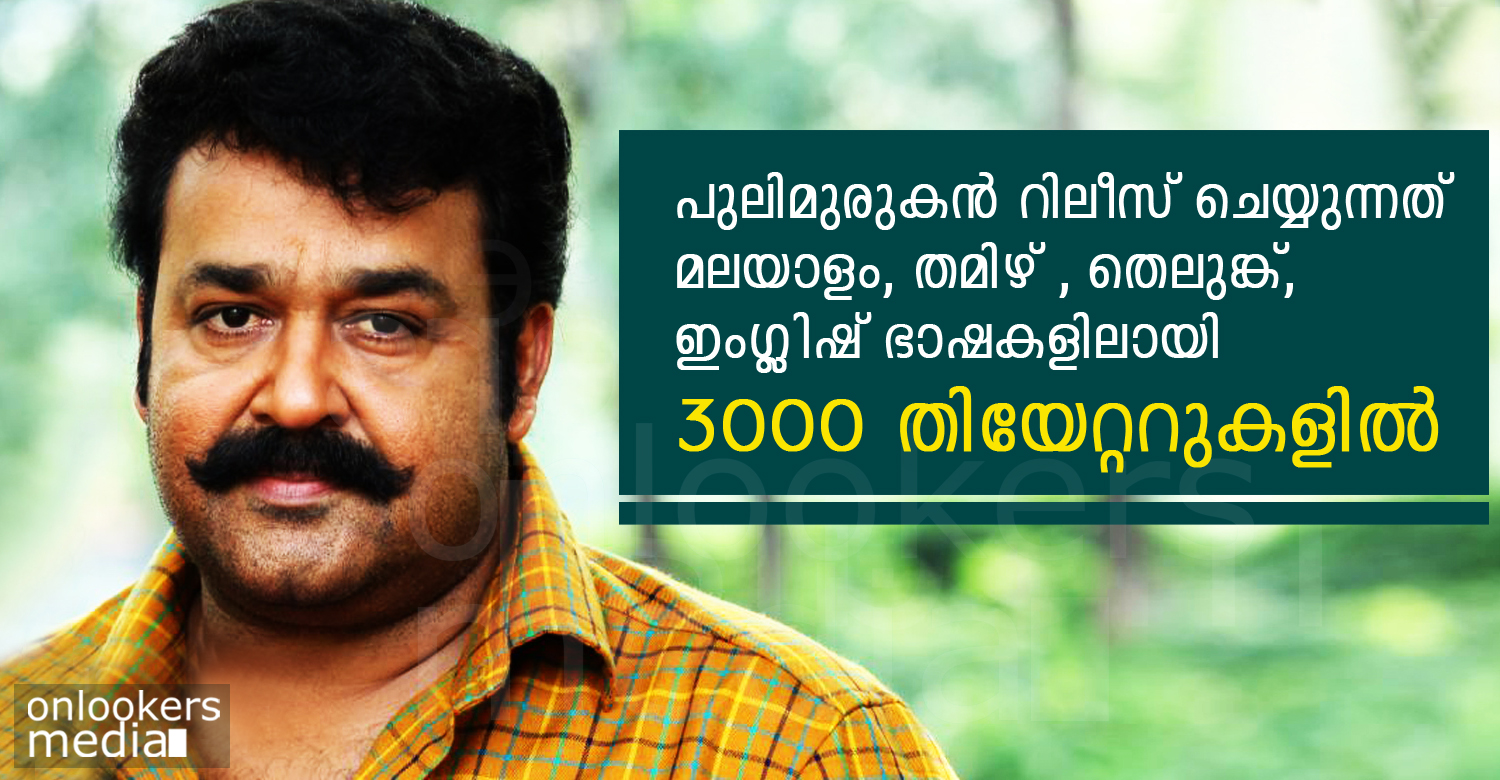 Pulimurugan is aiming at a 3000 screens worldwide release !

Mohanlal starrer upcoming film named Pulimurugan is making news right from the beginning of its shoot or may be from the day the film had announced officially. The film directed by Vysakh is said to be the biggest budget film ever made in Mollywood and it is scripted by Udaya Krishna who is popular for his works in association with Sibi K Thomas. The film is prtoduced by Tomichan Mulaku Padam who had produced Vysakh’s first film named Pokkiri Raja which had Mammootty and Prithviraj in the lead role and it was a big success as well.

But Puli Murugan is just going above all and planning to have such a big release. Even Shankar films in Kollywood does not gets 3000 screens worldwide. But the producer of Pulimurugan says that it will have, Malayalam, Telugu, Tamil, English versions and it will also release in Vietnam and China as well.

They were planning the China and Vietnam release using the connections of Peter Hein, who is the stunt master of this film. Peter Hein is a Vietnam citizen and he had connections in China as well. Let’s keep our fingers crossed for seeing that gigantic release Mollywood ever going to witness.

Who will play Charlie in Tamil, Vijay Sethupathy or Siva Karthikeyan ?
Maheshinte Prathikaram will go worldwide from this February 26
To Top