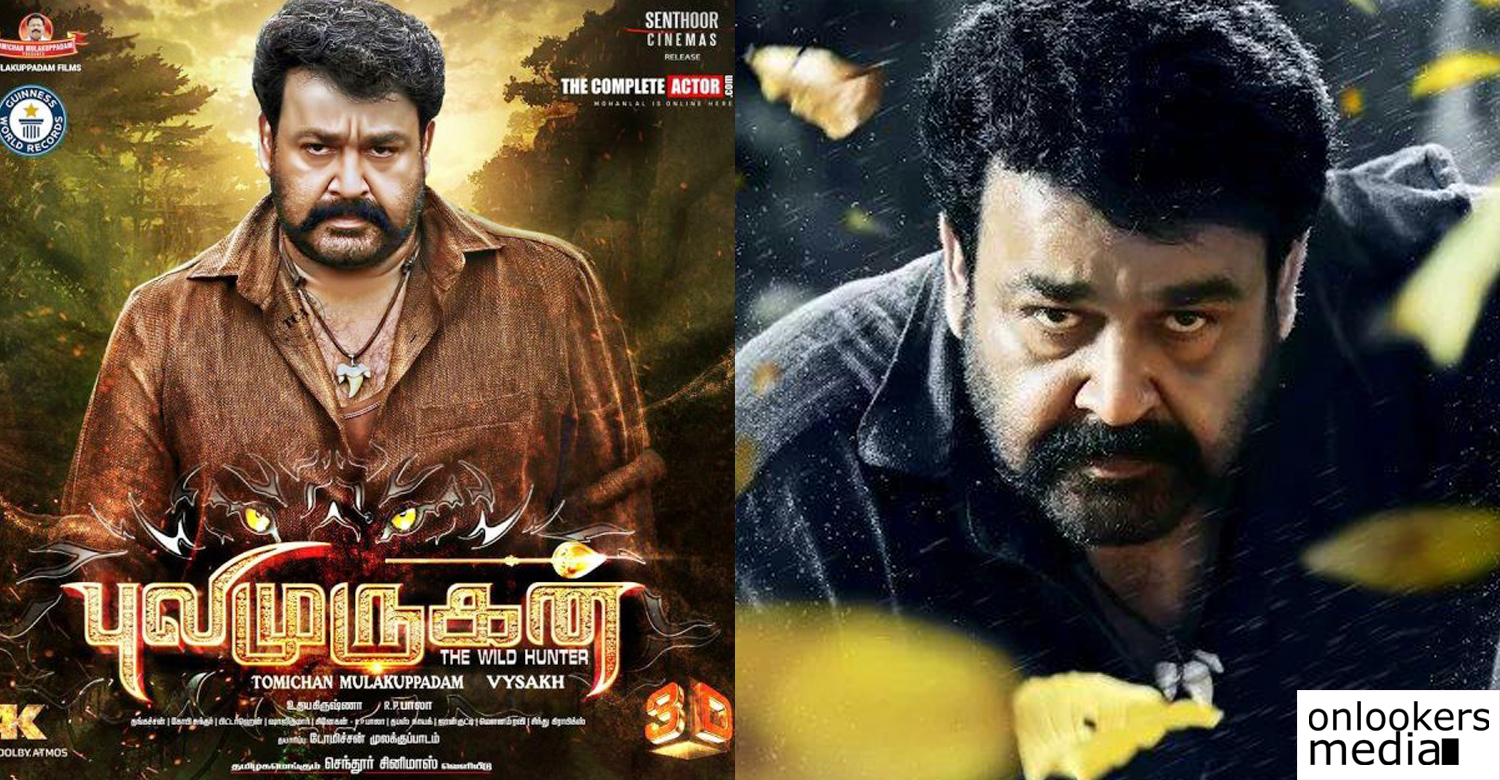 Tamil version of Malayalam cinema’s biggest ever blockbuster Pulimurugan was released on June 16, Friday. The movie was released in 305 centres all over Tamil Nadu, which is the biggest ever release for a dubbed movie in the state.

According to latest reports from the Kollywood media, the movie has opened to very good opening at the Tamil Nadu box office. Interestingly, the Mohanlal starrer has got a better opening than the other Friday releases including Maragatha Naanayam and even higher than last week’s Friday release Sathriyan.

Pulimurugan has an universally appealing story about man vs wild. The movie is centred around the protagonist Murugan, who is known in the locality for hunting down man eating tigers. Since the plot is an universal one, it is easy for audience irrespective of any language to connect with the movie.

Tamil audience have particularly appreciated Mohanlal’s stellar performance in the action scenes. The fight scenes and the terrifically shot sequences involving the tigers are the movie’s major attractions. RP Bala has written the Tamil dialogues and interestingly, Mohanlal himself has dubbed in Tamil for the movie.

Last year, the Telugu version of Pulimurugan- Manyam Puli also emerged a big success. The movie did an overall business of over 15 crores from the twin states of Telengana and Andhra Pradesh.

Pulimurugan is produced by Tomichan Mulakupadam under the banner of Mulakupadam Films. The Malayalam verison written by Udhayakrishna and directed by Vysakh had a blockbuster run at the box office. It became the first Malayalam movie to cross the Rs 100 crore mark and ended it’s theatrical run with a worldwide business of around Rs 150 crores.

Here’s a golden opportunity to work with Mohanlal in Odiyan
Mohanlal’s Velipadinte Pusthakam not to release for this Onam season?
To Top