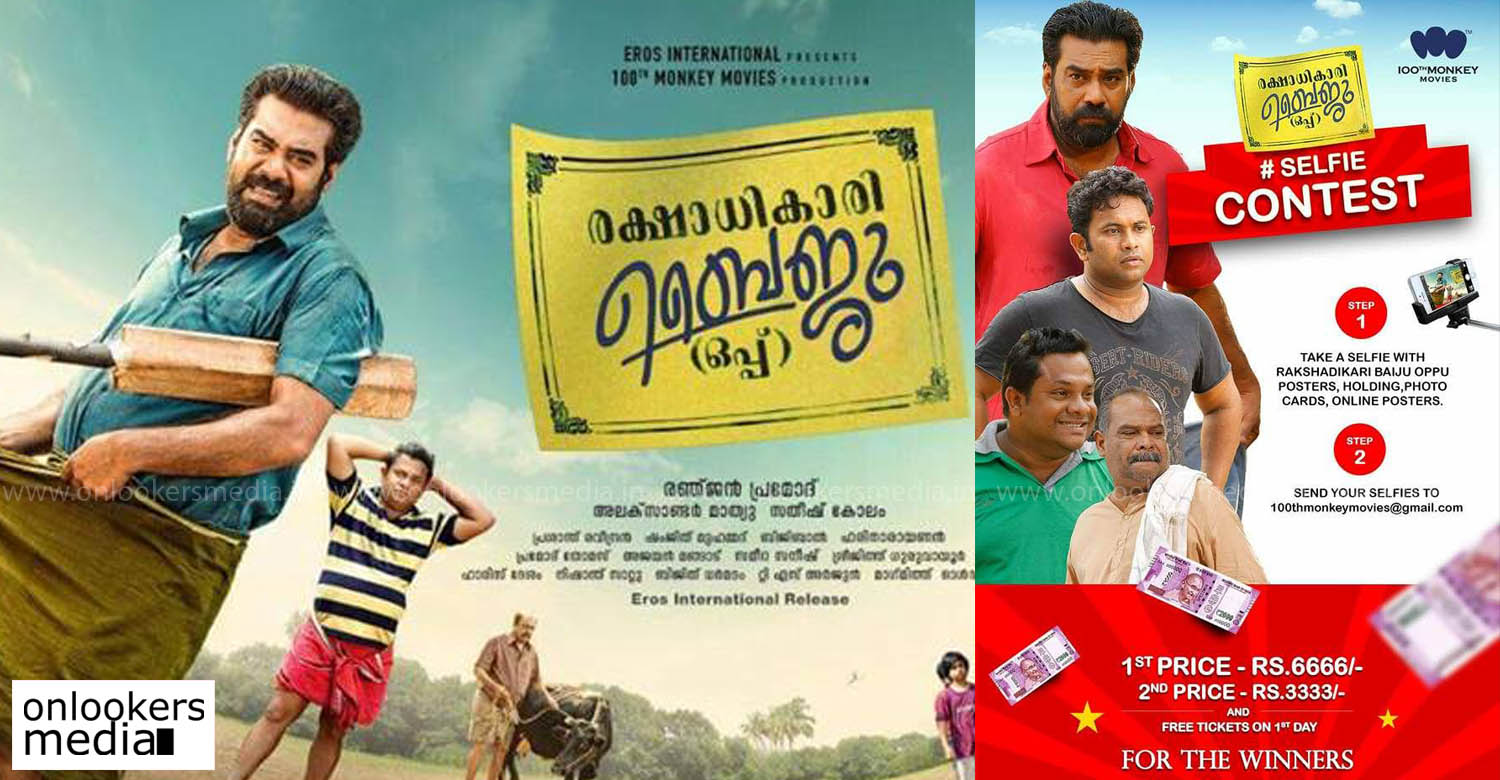 Scenarist turned filmmaker Ranjan Pramod’s next with Biju Menon titled as Rakshadikari Baiju is gearing up for release. The movie’s trailer has created a buzz in social medias and we can expect another clean feel good entertainer from Biju Menon.

The makers of Rakshadikari Baiju have launched an innovative marketing strategy. It’s a selfie contest where people should send their selfies along with the movie’s posters or photo cards or online posters. The selfies should be mailed to 100thmonkeymovies@gmail.com

Rakshadikari Baiju features Biju Menon in the titular role of Baiju. He is an employee in the irrigation department. It’s not a larger than life role, but one who shows his heroism in subtle ways. He doesn’t go out of his way to help people or be good, but somehow ends up doing a heroic deed. Darwinte Parinamam fame Hannah Reji Koshy will be seen as the female lead in the movie.

Cinematography is handled by Prasanth Raveendran while the music is composed by Bijibal. The movie is funded by 100th Monkey Movies Pvt Ltd.

It’s fortunate that Take Off became successful without any negative reviews: Parvathy
Raashi Khanna plays a baddie in Mohanlal’s Villain
To Top