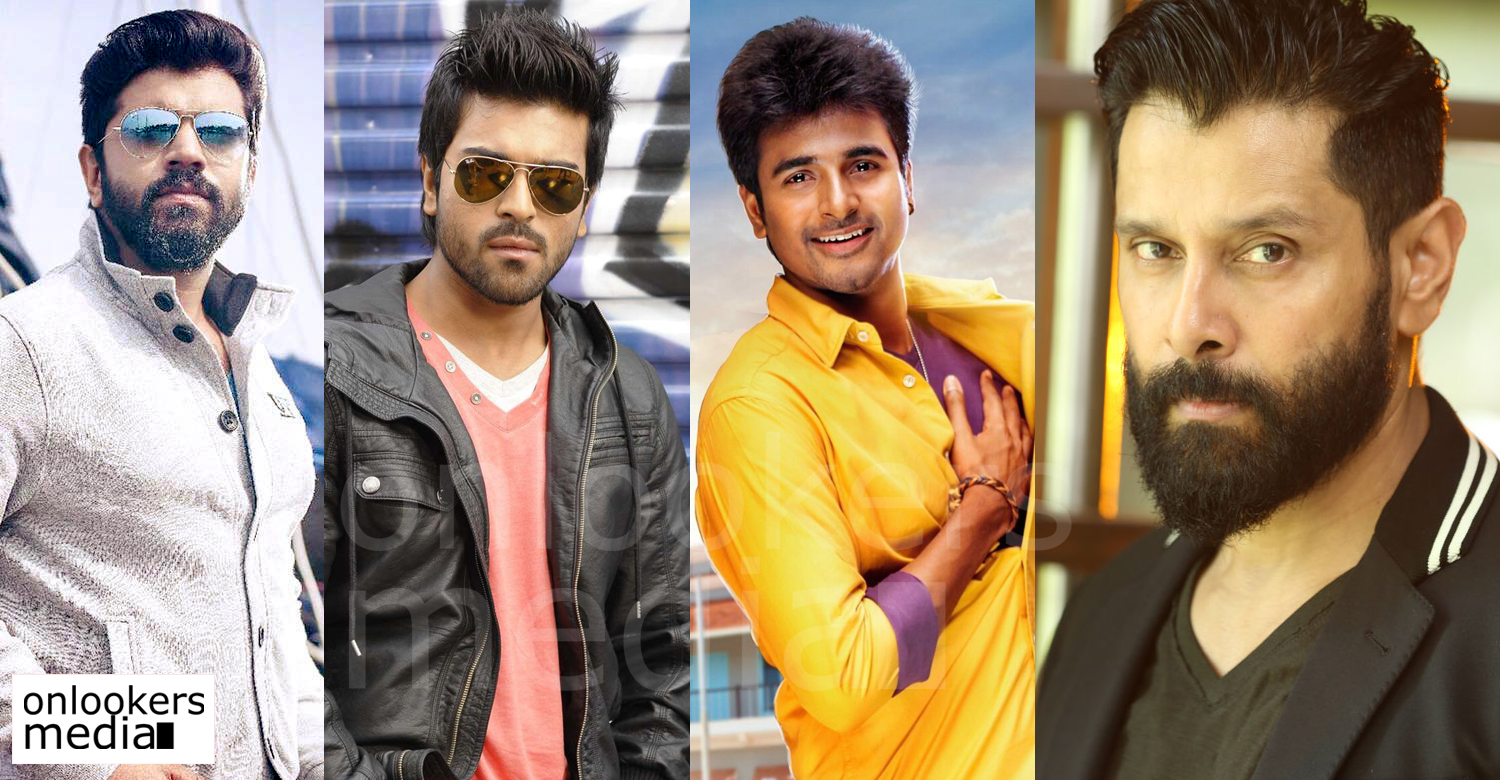 Tamil super star Chiyaan Vikram starrer Iru Mugan has been in the news for sometime now. The latest we gear is that the makers are planning a grand audio launch inviting stars from other industries to grace the occasion. Young Super Star Nivin Pauly from Mollywood, Mega Power Star Ram Charan Teja from Tollywood and Sivakarthikeyan from Kollywood are the stars expected to launch the audio. There are also reports that Abhishek Bachchan from Bollywood is also expected to attend the occasion scheduled to be held on August 2nd in Chennai.

The teaser of the movie was released few months back showing Vikram in a stylish bearded avatar. Recently a teaser of the song Halena was also released. Producer Shibu Thameens has high hopes on this mass and class action entertainer claiming that the movie will be a treat to all class of audience.

Mammootty to join hands with 7th day director Syam Dhar for his next
Vismayam will be all about four people, says director
To Top