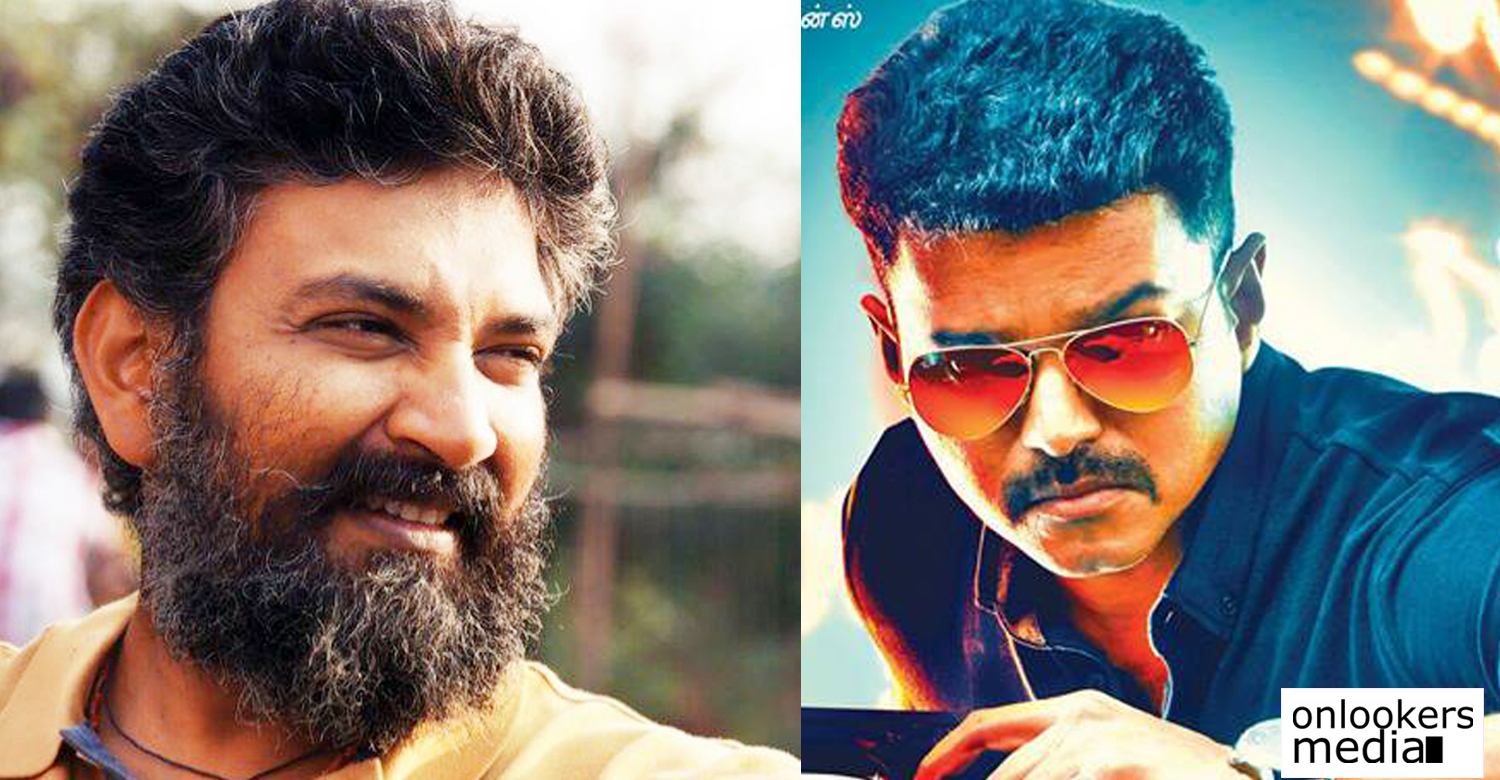 I requested Rajamouli to do a movie for Vijay: Kalaipuli S Thanu

Popular Kollywood star Dhanush released the Tamil audio. Music director Yuvan Shankar Raja, director Vikraman, Rajesh and many others graced then occasion. There were speculations about Kamal Haasan, Rajinikanth and Vijay attending the event but they couldn’t due to prior commitments.

Speaking at the event, Kalaipuli S Thanu one of the leading producers in Kollywood, shared an interesting information. He said, “I had requested S S Rajamouli to do a film for Ilayathalapathy Vijay in 2004. But since he had commitments at that time, Rajamouli said, he will finish all those and do a film with Vijay. I hope the film is made soon.”

It’s worth a mention that Kalaipuli S Thanu was the producer of Vijay’s mega blockbuster movie Theri, released last year. It would be exciting to watch SS Rajamouli calling shots for such a big commercial star like Vijay.

Vijay, meanwhile is busy shooting for his next with Theri director Atlee. This yet to be titled movie features Vijay in a triple role, for the first time in his two decade long career. Samantha Ruth Prabhu, Kajal Agarwal and Nithya Menen play the female leads. After Atlee’s movie Vijay will be teaming up with AR Murugadoss once again after the blockbuster success of Thupakki and Kaththi.