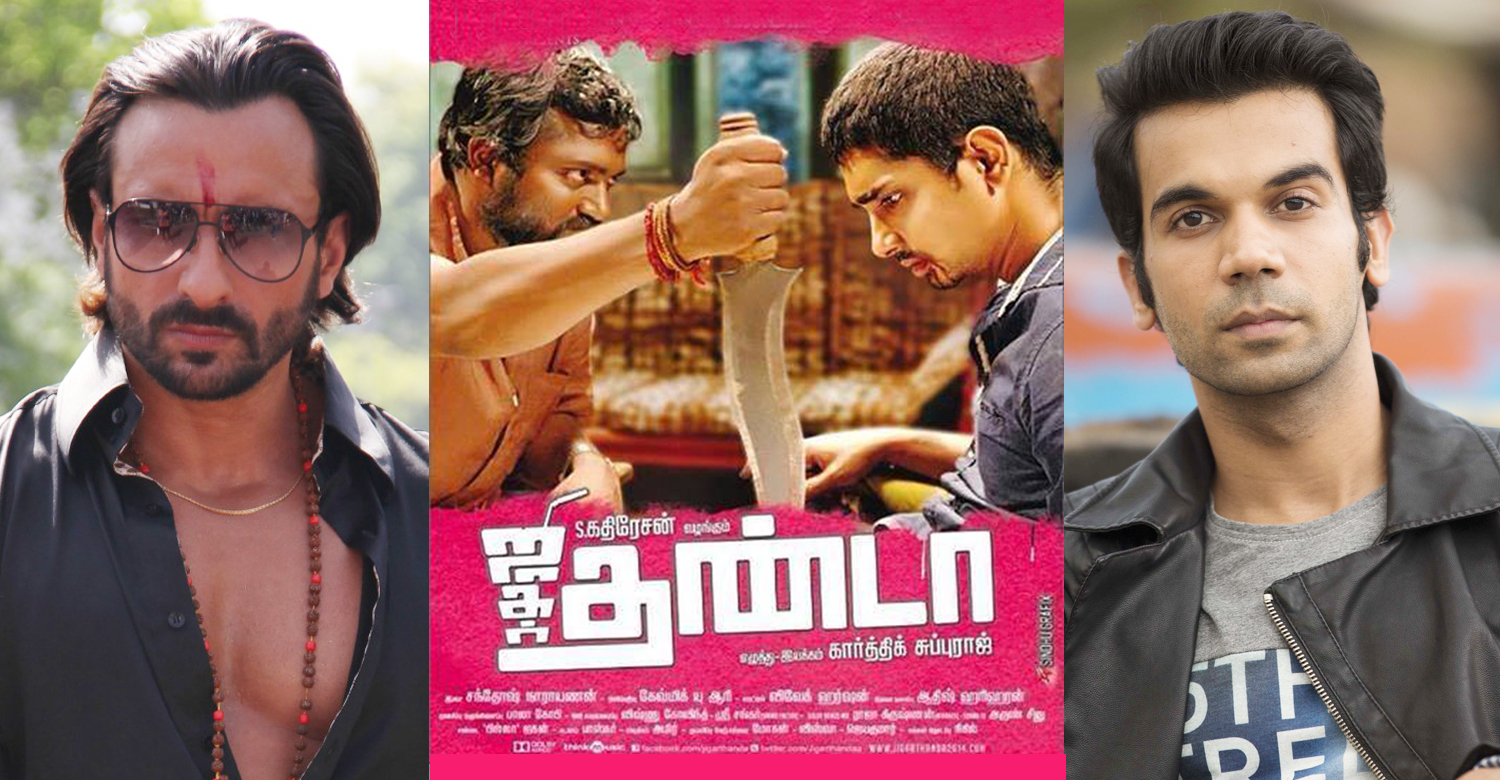 Karthik Subbaraj’s ‘Jigarthanda’ is a widely acclaimed Tamil film. There have been several talks about the movie getting remade in Hindi but nothing materialized. Ajay Devgn had initially wanted to remake the movie in Hindi with Farhan Akthar and Sanjay Dutt in the lead roles. Nishikant Kamat was supposed to helm it but it didn’t take off. It now seems like Sajid Nadiadwala is reviving the project with a new team.

Abhisek Chaubey, well known for helming films like ‘Ishqiya’, ‘Udta Punjab’ and ‘Sonchiriya’, has now been signed to helm Hindi version of ‘Jigarthanda’. Though the makers are yet to announce the cast officially, it is reported that they are trying to rope in Rajkummar Rao and Saif Ali Khan.

‘Jigarthanda’ is a gangster-comedy film that had Bobby Simha and Siddharth in the lead roles. It is a about a filmmaker who sets out to make an action film based on a real life gangster. Siddharth played the filmmaker’s role while Bobby Simha did the gangster’s part. The movie went on to win a couple of National awards including the best supporting actor award for Bobby Simha.

An official announcement is expected to be made shortly.