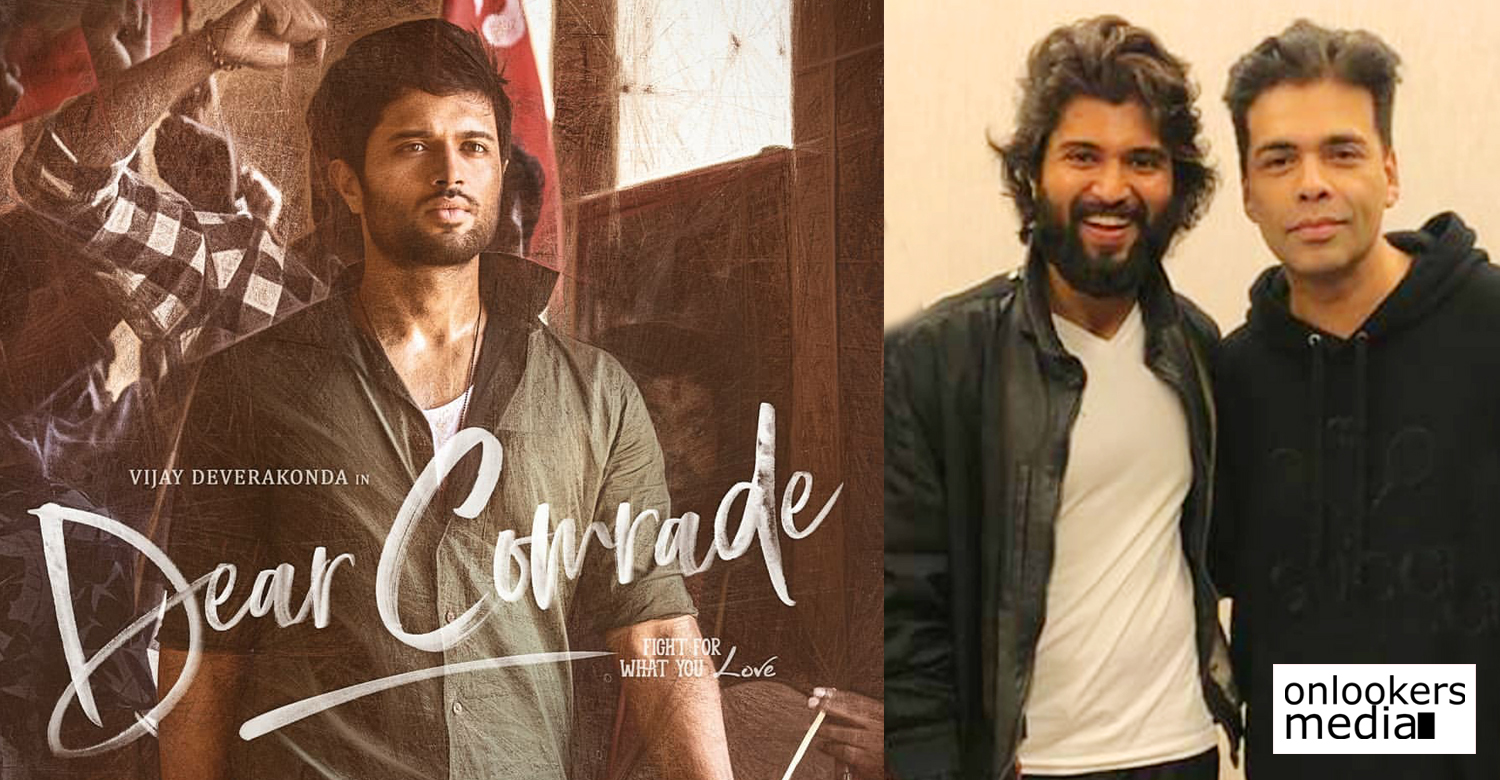 Vijay Deverakonda starrer ‘Dear Comrade’ is gearing up for worldwide release on July 26. The movie written and directed by Bharat Kamma promises to an intense romantic film. Rashmika Mandanna plays the female lead. The movie is releasing simultaneously in three languages – Telugu, Tamil and Malayalam.

Interestingly, Bollywood’s leading producer-filmmaker Karan Johar has acquired the Hindi remake rights of ‘Dear Comrade’. Last day, he had a special screening of the movie and it seems like he was highly impressed by it. Though the cast of the Hindi version has not been announced, it is expected that this might be Vijay Deverakonda’s Bollywood debut.

Along with sharing photos taken with ‘Dear Comrade’ team, Karan Johar has tweeted,

Stunning and powerful love story! With top notch performances and exceptional music by @justin_tunes On point debut direction by @bharatkamma @TheDeverakonda is BRILLIANT as is @iamRashmika well done @MythriOfficial ! ANNOUNCING that @DharmaMovies to REMAKE this beautiful film