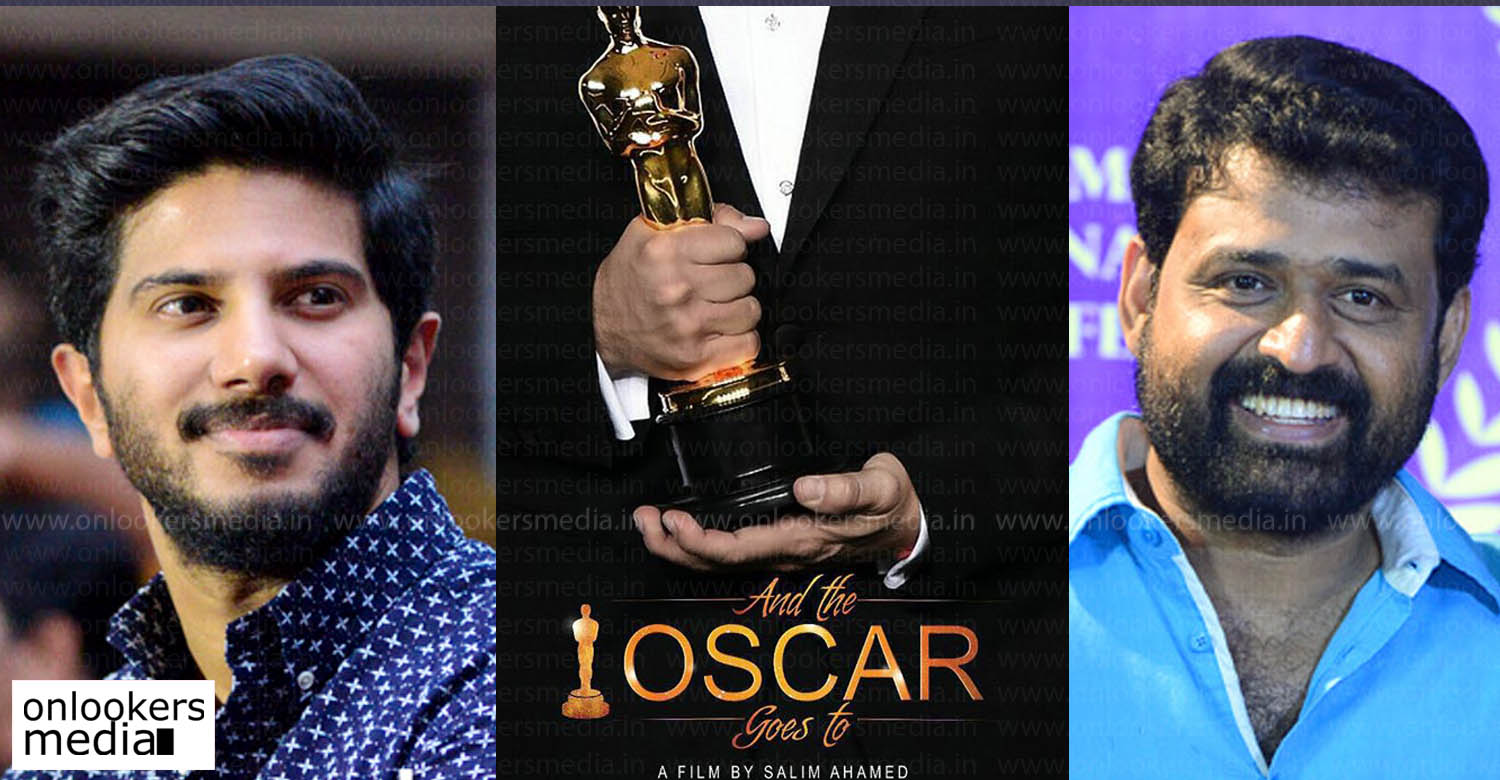 Salim Ahamed’s next with Dulquer Salmaan?

Award winning filmmaker Salim Ahamed has released the first look poster of his next movie titled as ‘And the Oscar goes to’. The director revealed the poster through his official Facebook account. Interestingly, the poster was released on the same day of the 89th Academy Awards event.

Salim Ahamed had earlier informed that this movie will be about cinema. And with the first look poster and title, we presume it’s the story of someone trying hard to make it to the world of cinema. There are reports about young star Dulquer Salmaan playing the lead role in this movie.

Salim Ahmed is a filmmaker known for extracting the best out of his actors. His debut movie, Adaminte Makan Abu had Salim Kumar in the lead role. Salim Kumar was mostly doing humour roles till then but his stunning performance in Adaminte Makan Abu was unanimously appreciated. He went on to win his first National Award for best actor. It was also chosen as India’s official entry to be considered for nomination in the Best Foreign Film category for the 84th Academy Awards.

Salim Ahamed’s other two movies had Mammootty in the lead. Both Kunjananthante Kada and Pathemari, found appreciation from the critics. Pathemari won the Best Feature Film In Malayalam award at the 63rd National Film Awards.

Meanwhile, there are also reports about Salim Ahmed teaming up with Mammootty once again for a movie titled as Mappila Khalai. But the authenticity of these reports have not yet been confirmed.

Dulquer Salmaan already has some exciting projects lined up. His next release will be CIA, directed by Amal Neerad. He is currently shooting for Solo, a bilingual movie directed by Bollywood filmmaker Bejoy Nambiar. Dulquer is also doing a cameo in Soubin Shahir’s directorial debut Parava.

Munthirivallikal Thalirkkumbol enters the 50 crore club
Dileep will never do such a thing: Cochin Haneefa’s wife Fasila
To Top