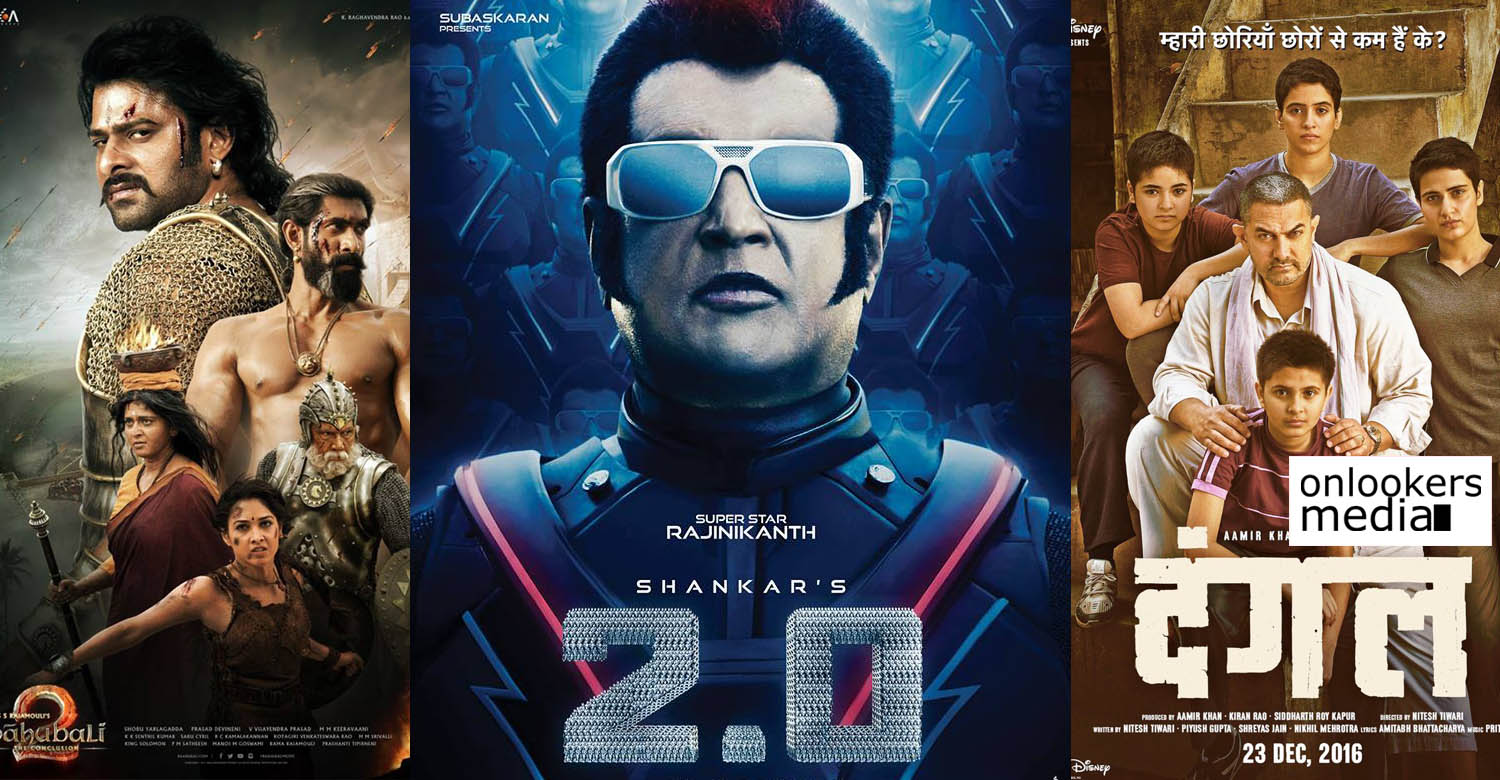 Superstar Rajinikanth’s magnum opus 2.0 is in it’s stage of shooting. Director Shankar had earlier informed that only a song and a few patch up works are remaining following which they will concentrate on the extensive post production.

2.0 is scheduled to release for Diwali this year. The movie has entered the 100 crore club nearly six months prior to its release. Satellite rights of 2.0 has been sold to Zee TV for a whopping 110 crores. This is the now the highest price for an Indian movie surpassing the record set by Aamir Khan’s Dangal.

2.0 is the sequel to 2010 blockbuster Enthiran, also from the same team. The movie is funded by Lyca Productions and is made on a mammoth budget of Rs 450 crores. This is by far the most expensive Indian movie, which is currently under production.

Lyca Productions’ creative head, Raju Mahalingam, has confirmed that the Tamil, Hindi and Telugu satellite rights have been sold for Rs. 110 crore to Zee Television for 15 years time. Apparently, the makers are in talks with Amazon Prime and Netflix for the film’s digital rights.

Shankar has written the movie along with popular writer Jeyamohan. Nirav Shah and Antony are handling the cinematography and editing respectively. Many internationally acclaimed technicians are also part of the technical team. Hollywood stunt choreographer Kenny Bates known for his works in movies like Transformers, Pearl Harbour and Die Hard is choreographing the stunts in 2.0

Legacy Effects, who have worked in movies like Avengers, Jurassic Park, Iron Man etc is handling the animatronics department. Academy Award winner A R Rahman is composing the music while Resul Pookkutty is in charge of the sound design.

I am not interested in selling myself to TV Channels: Vinayakan
The Great Father second teaser to release today
To Top