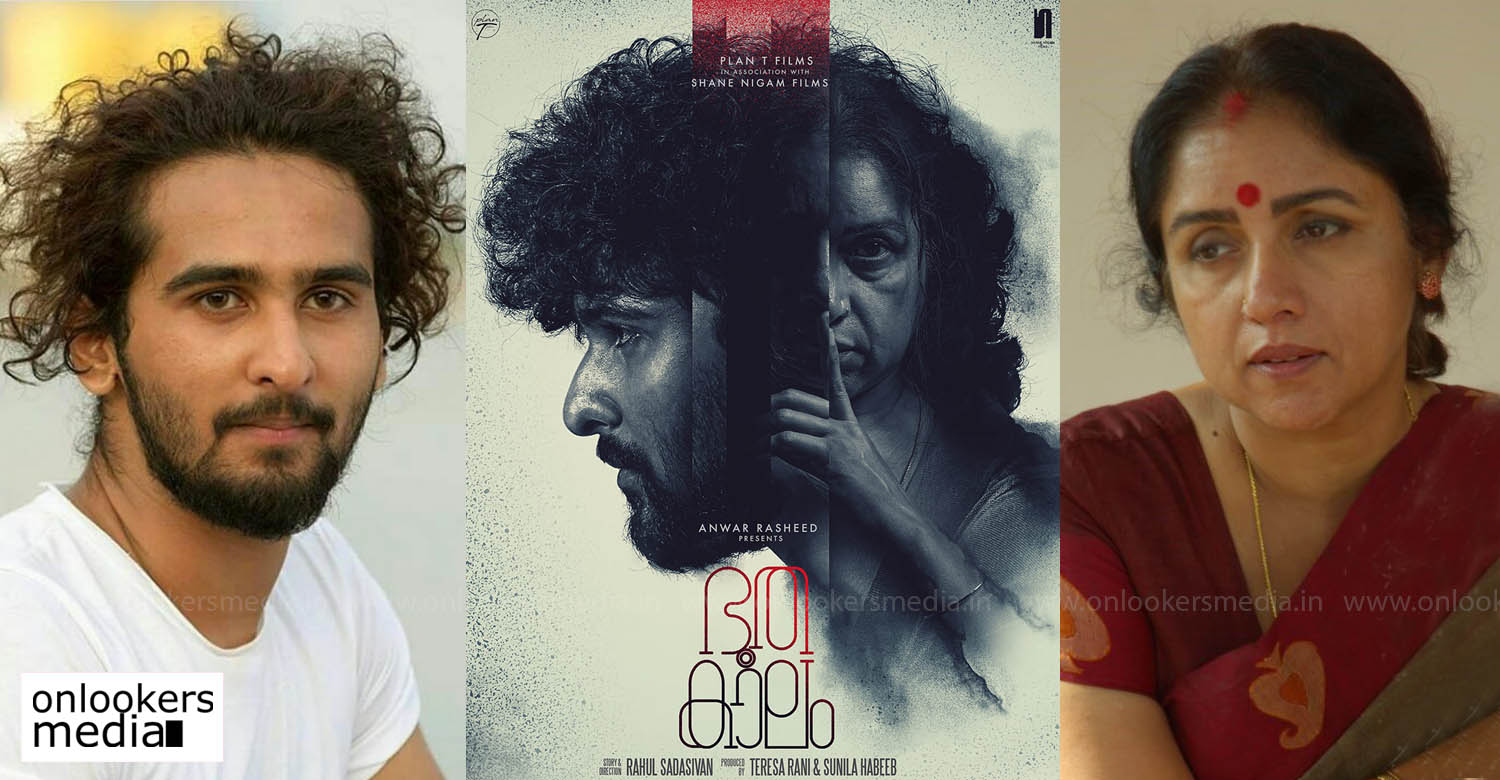 Shane Nigam and veteran Revathi will be seen playing the leads in a new film titled ‘Bhoothakaalam’. It is directed by Rahul Sadasivan, who has previously made the film, ‘Red Rain’. Teresa Rani and Shane Nigam’s mother Sunila Habeeb are producing the film under the banners of Plan T Films and Shane Nigam Films. Shane is also making his debut as a music director and lyricist with this film. ‘Bhoothakaalam’ has its story by director Rahul. He has written the screenplay along with Sreekumar Shreyas. Gopi Sunder handles the background score. Cinematography is by Shehnad Jalal and Shafique Mohamed Ali does the edits.

‘Bhoothakaalam’ will be released in theatres by A & A Release, the distribution company owned by directors Anwar Rasheed and Amal Neerad.