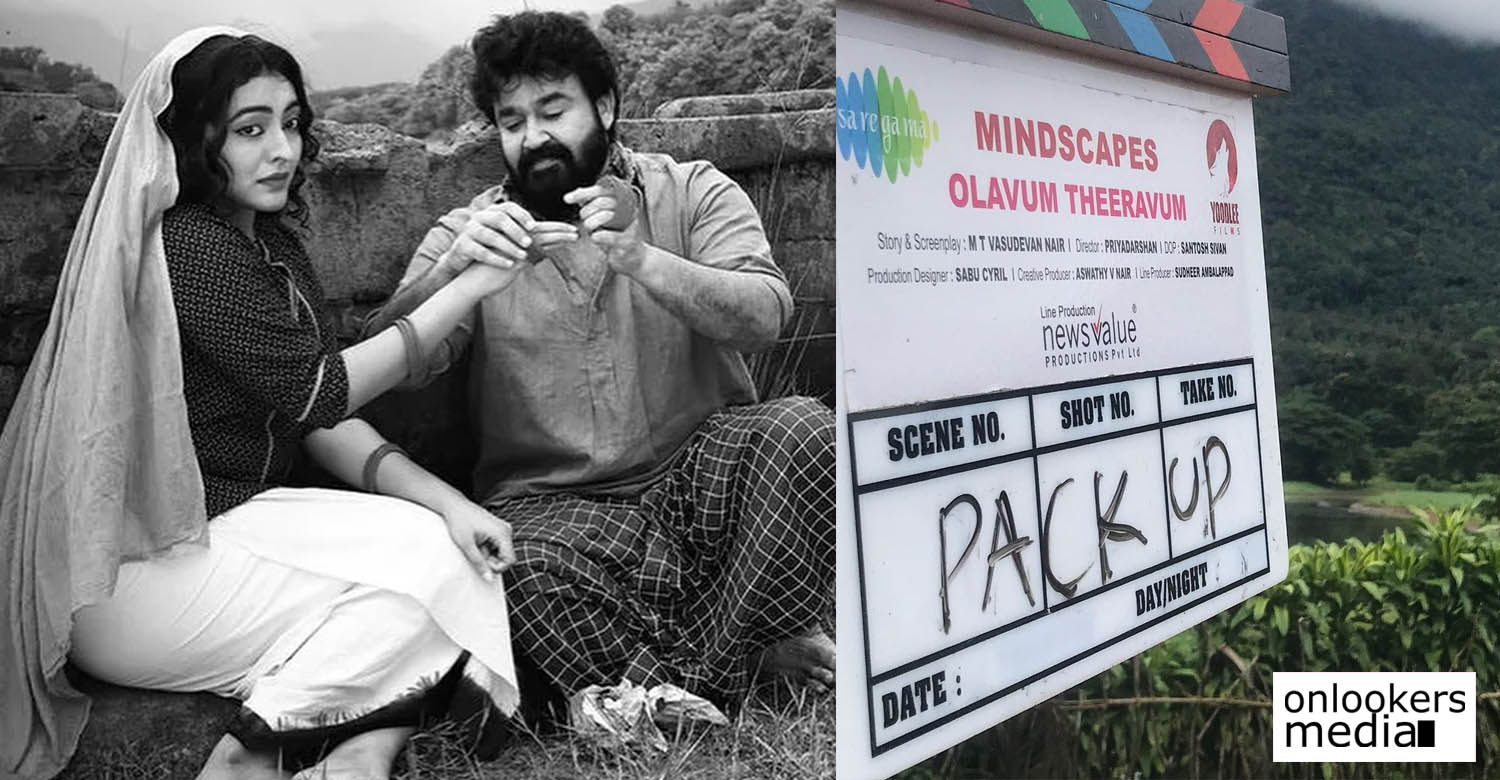 Shoot wrapped up for Olavum Theeravum; Film to be released in black and white format

Shoot for ‘Olavum Theeravum’, the Mohanlal-Priyadarshan segment in the upcoming Netflix anthology has been completed. It is part of the 10-part film series, which are all based on MT Vasudevan Nair’s stories. It is a remake of ‘Olavum Theeravum’, the 1970-classic directed by PN Menon. MT had scripted the film based on his own story of the same title, which was published in 1957.

Priyadarshan is retelling the story with Mohanlal playing the lead role of Bapputty, essayed by Madhu in the orginal film. Durga Krishna essays the female lead’s role. Hareesh Peradi and Mammukoya are also playing main roles in the film. Santosh Sivan is the cameraman and Sabu Cyril handles the production design. It is also learnt that the film will be released in black and white format.

The Netflix project also has films directed by Santosh Sivan, Rathish Ambat, MT’s daughter Aswathy V Nair, Shyamaprasad and Jayaraj. Priyadarshan is helming another segment with Biju Menon in it. A formal announcement regarding the directors and team members is expected to be made soon.