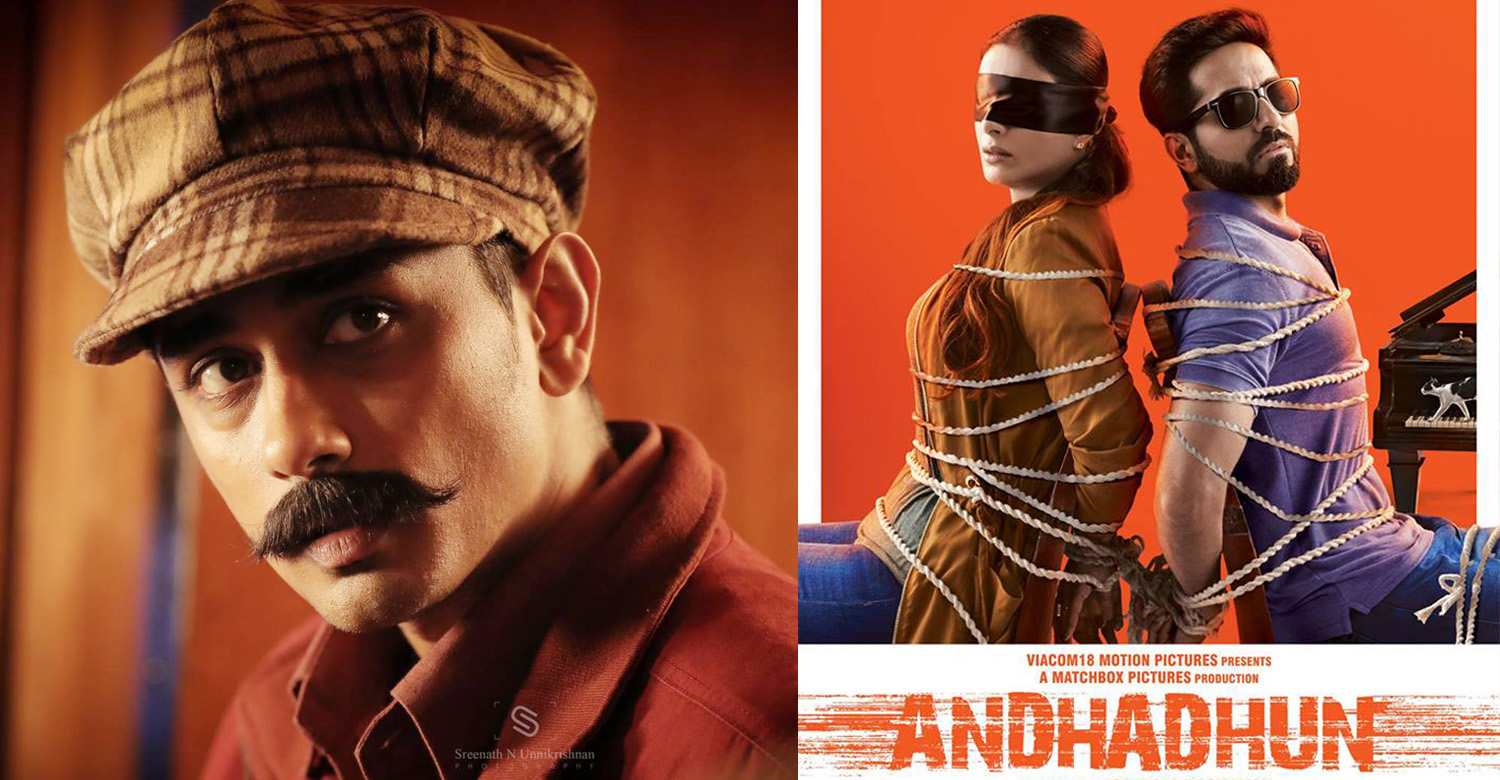 Siddharth to star in the remake of Andhadhun?

Sriram Raghavan’s Andhadhun is one of the biggest hits of the year in Bollywood. Starring Ayushmann Khuranna, Tabu and Radhika Apte, the movie ended up grossing over Rs 100 crores at the box office. Besides the commercial success, the movie earned rave reviews from all corners for its unique screenplay and the performances of its lead cast. Deservingly, the movie has been ranked as the highest rated Indian movie of the year by IMDb. Now that the movie has been released on online streaming platforms, talks about the possibility of a remake has surfaced.

Actor Siddharth asked his followers on Twitter about their opinion on him remaking the film. The response was largely positive with many even chipping in with their suggestions for actors to reprise the roles played by Tabu and Radhika Apte. Ayushmann also felt Sidharth should go forward with the remake by tweeting, “go for it machaan”. As of now, we will have to wait for an official word regarding the Tamil remake.

Right from the early stages of his career, Siddharth has always been very choosy with his films. A truly pan-Indian actor, Siddharth has carved a niche for himself both in B-Town and down South. After making his Malayalam debut earlier this year with ‘Kammara Sambhavam’, he has also made his presence felt in the web series arena by doing a Netflix originals.