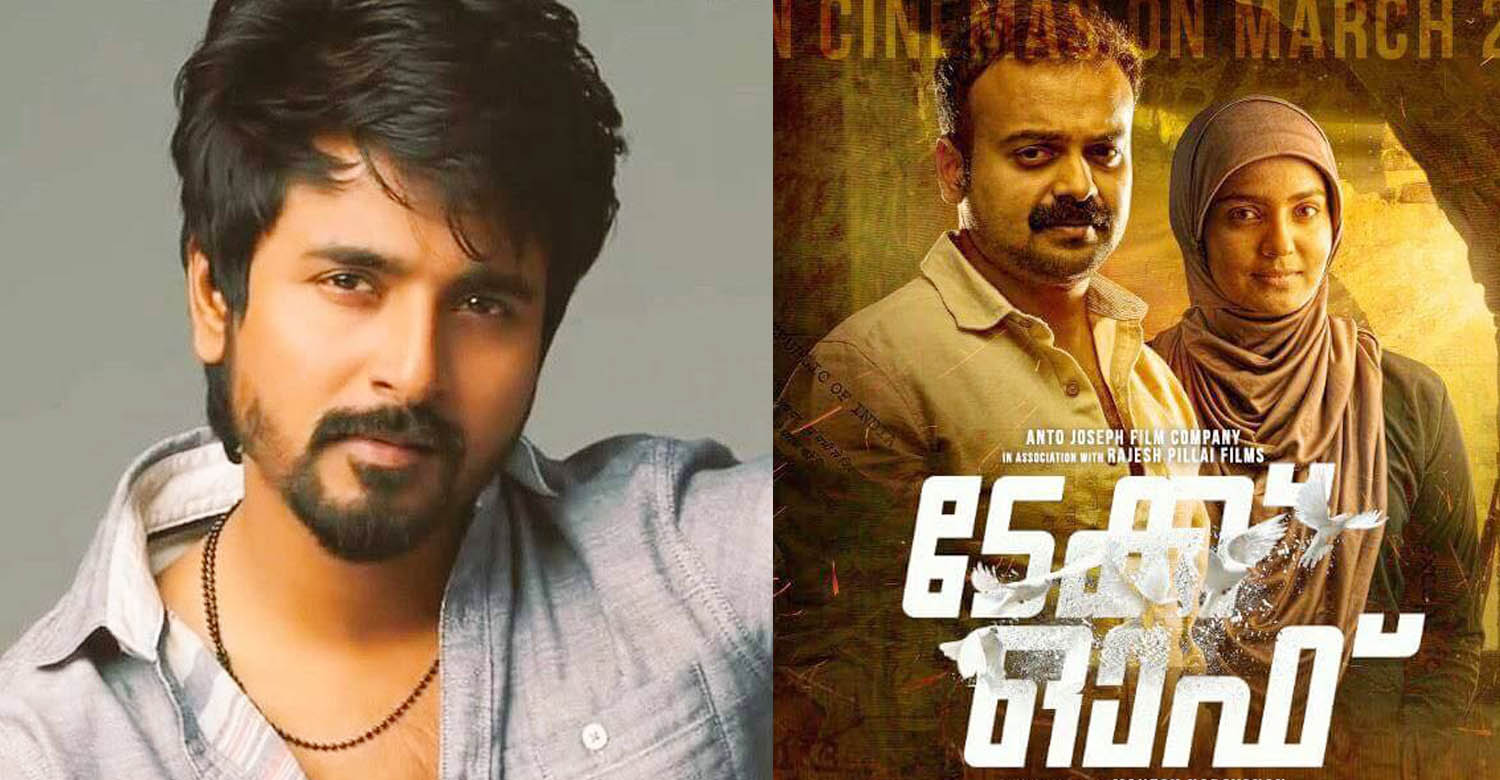 Editor Mahesh Narayanan’s directorial debut Take Off continues to garner praise from all corners. After finding celebrity admirers in Mohanlal, Mammootty, Kamal Haasan and Suriya, the movie has found a new admirer in Tamil actor Sivakarthikeyan.

The young Kollywood star was mighty impressed with the movie and wrote in his social media page. Sivakarthikeyan appreciated the making of the film and congratulated the whole team.

It must be remembered that Fahadh and Sivakarthikeyan are currently working together for Mohan Raja’s Velaikaaran. Fahadh is playing the prime antagonist in this movie which also stars Nayanthara, Sneha and Prakash Raj.

Take Off, released on March 24 was opened to extremely positive reports. Even after entering it’s second week of theatrical run, there is no fall in the audience count and it has already been rated as one of the best Malayalam movies in recent times.

The movie is inspired from real life incidents where a group of Malayali nurses were trapped in the Tikrit region in Iraq during the ISIS attacks in 2014. Take Off is a fictionalized account of the same, written jointly by Mahesh Narayanan and PV Shaji Kumar.

The movie was made as a tribute to late filmmaker Rajesh Pillai. It was funded by Anto Joseph and Shebin Becker in association with Rajesh Pillai Films.

Anil Radhakrishnan Menon’s Diwanjimoola Grand Prix to start rolling this month
Will 1971 Beyond Borders be able to break The Great Father’s record?
To Top