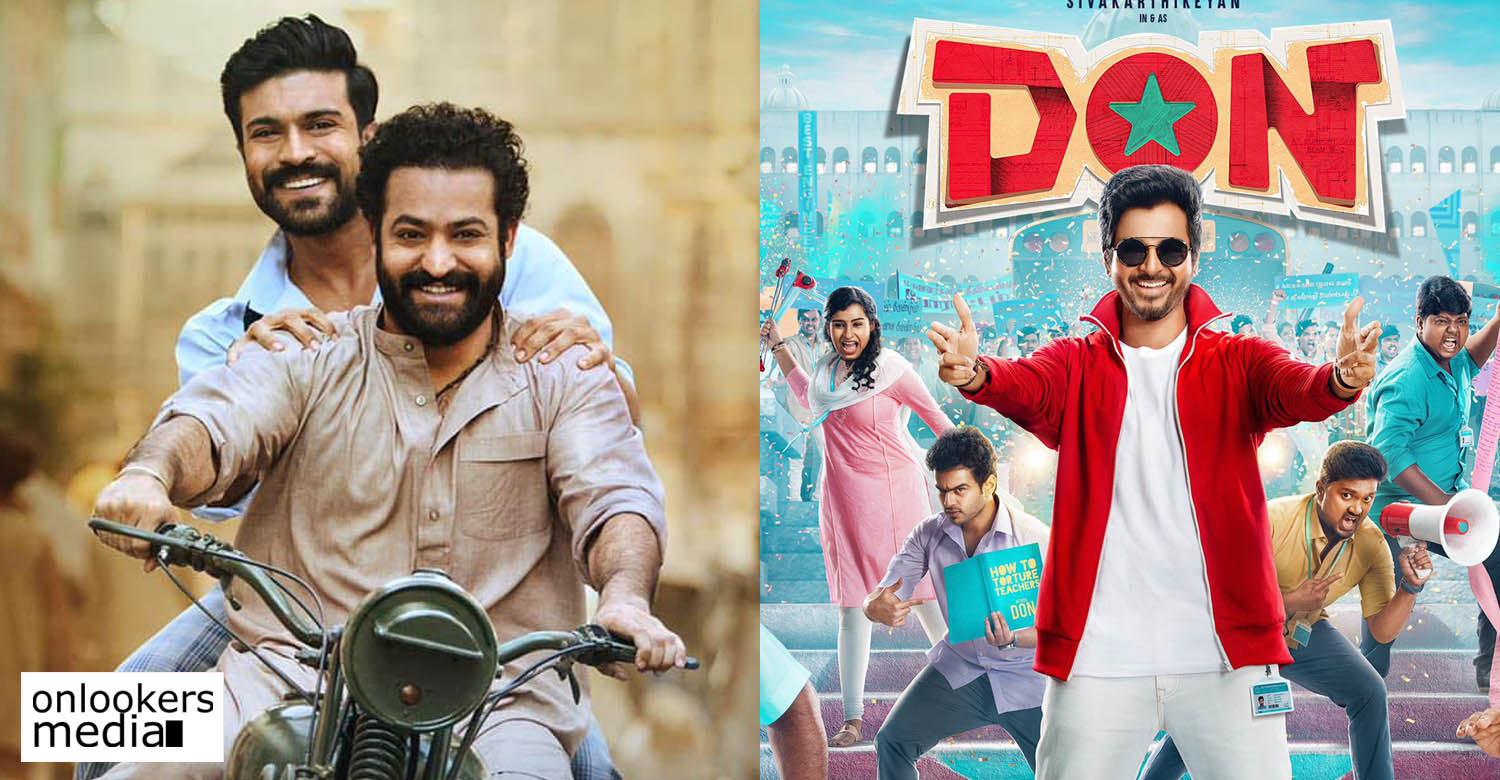 Sivakarthikeyan’s Don to clash with RRR

With the pandemic third wave subsiding, filmmakers are making swift moves to announce the release dates. Sivakarthikeyan’s Don has been announced as a March 25 theatrical release date. SS Rajamouli’s much-anticipated biggie ‘RRR’ has also been scheduled for the same day.

Interestingly, Lyca Productions, the producers of ‘Don’ are disturbing ‘RRR’ in Tamil Nadu. So there are talks that the makers of ‘Don’ are considering to shift the release date to avoid a direct clash. Trade analyst Sreedhar Pillai has tweeted,

‘Don’ directed by debutant Cibi Chakaravarthi is a fun entertainer set in the backdrop of a campus. Sivakarthikeyan will be playing a college student’s role for the first time in his career. His ‘Doctor’ co-star Priyanka Arul Mohan is the female lead.