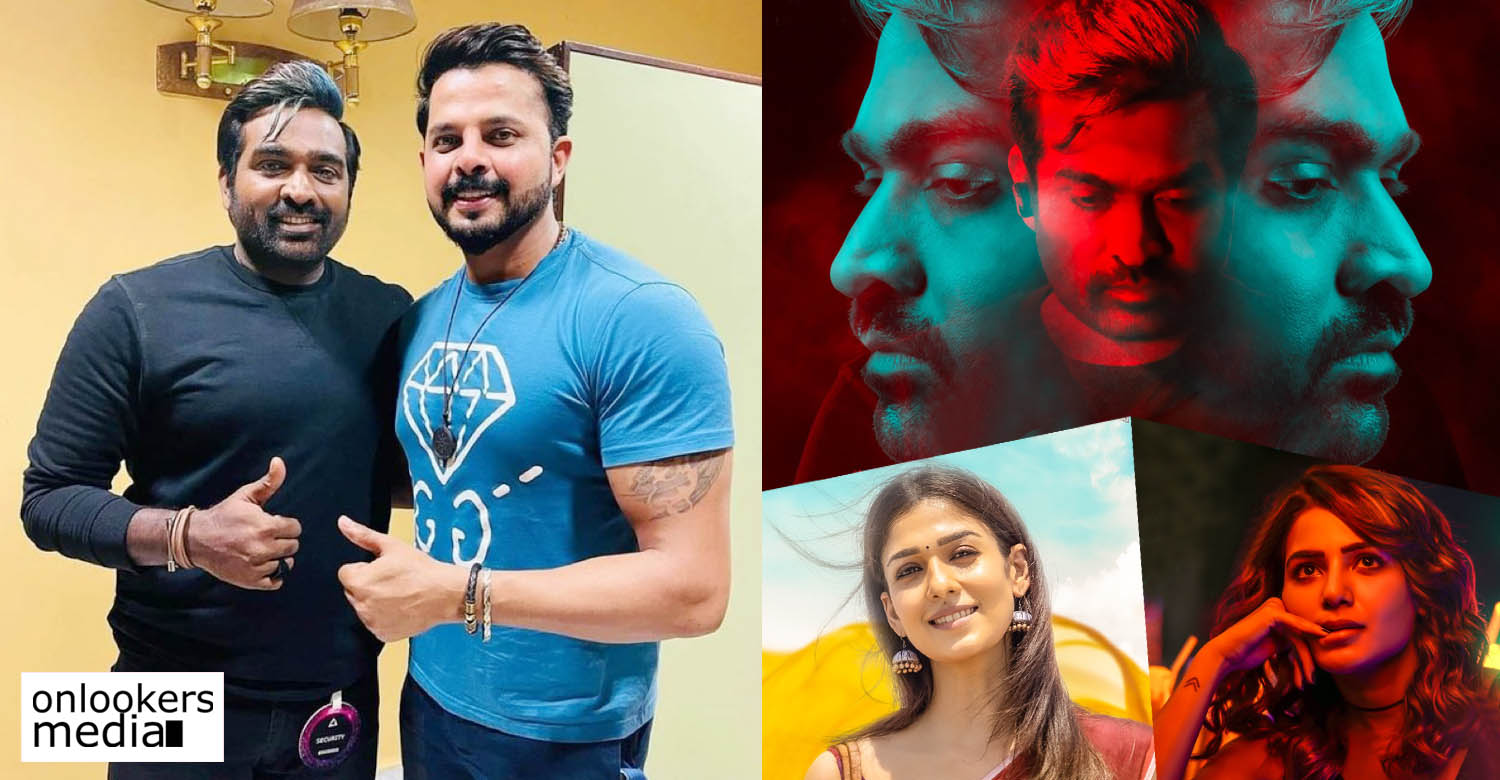 Director Vignesh Shivan’s new film ‘Kaathuvaakula Rendu Kaadhal’ is in the final stages of production as the makers eye an early release next year. Starring Vijay Sethupathi, Nayanthara and Samantha as the leads, it is a highly anticipated film by many.

Latest reports suggest that former Indian cricketer Sreesanth will be seen in an important role in the film. A photo of Vijay Sethupathi and Sreesanth together have triggered the speculations. If it is true, this will be Sreesanth’s debut outing in Tamil cinema. He has previously acted in a few Malayalam and Hindi films.

‘Kaathuvaakula Rendu Kaadhal’ touted to be a romantic entertainer with a triangular love story at its core. Vijay Sethupathi plays a character named Ranjankudi Anbarasu Murugesa Boopathy Ohoondhiran aka Rambo in it. The film has Samantha playing a role named Kathija and Nayanthara as Kanmani. All the three lead actors are expected to have equal importance in the film.

Anirudh Ravichander is composing the music and Vijay Karthik Kannan of ‘Aadai’ and ‘Doctor’ fame cranks the camera. The film is produced by 7 Screen Studios and Rowdy Pictures.

Shine Tom Chacko is Peter in Bheeshma Parvam
Kaaval set to be out on Netflix; Release date announced
To Top