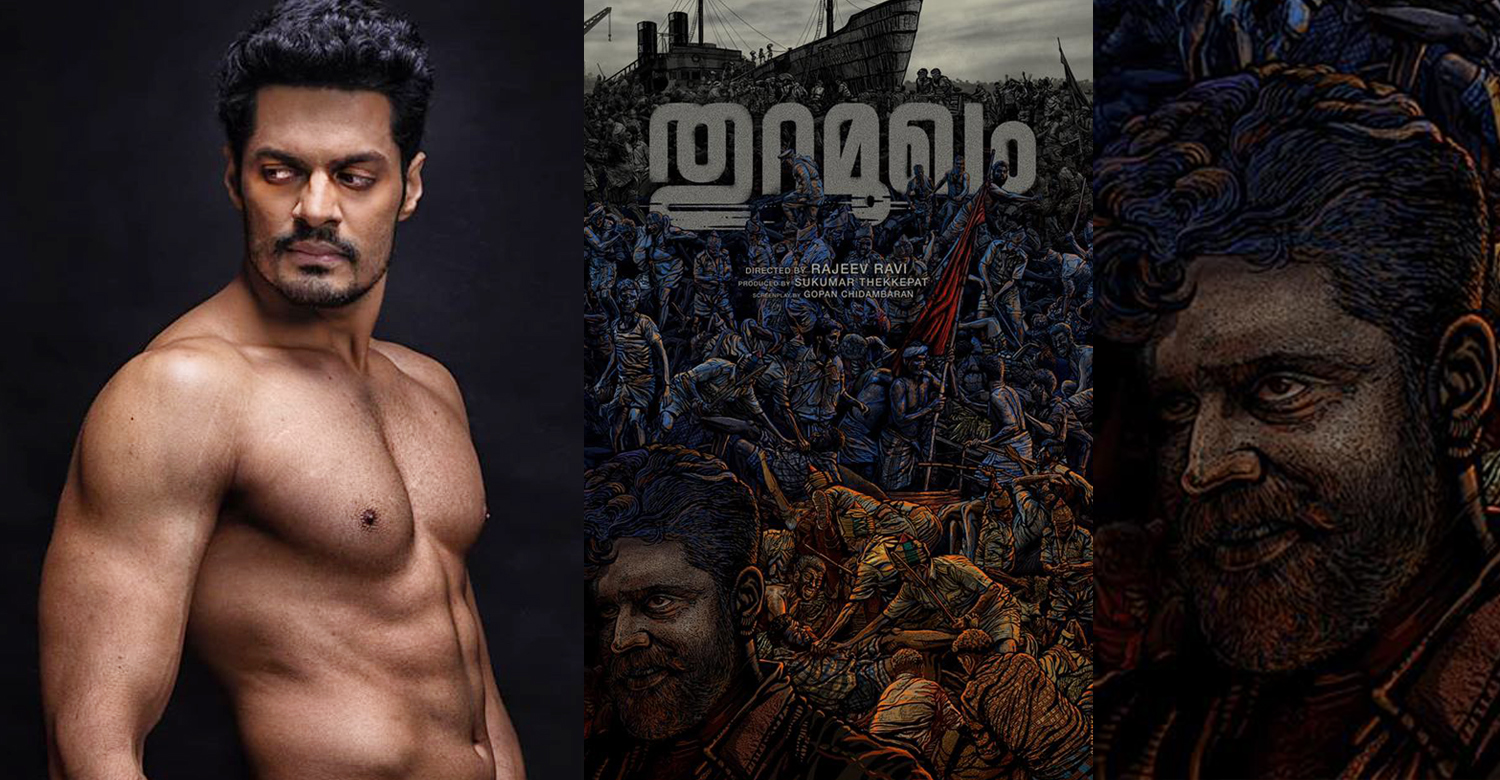 ‘Thuramukham’ directed by Rajeev Ravi is one film that Malayali cinephiles are eagerly looking forward to. The period film which is based on true incidents has a star-studded cast lead by Nivin Pauly. Joju George, Indrajith Sukumaran, Nimisha Sajayan, Darshana Rajendran, Arjun Ashokan, Poornima Indrajith, Sudev Nair and Manikandan R Achari are also part of the film.

Sudev Nair, noted for his roles in films like ‘Anarkali’, ‘Ezra’, ‘Mamangam’ etc, will be seen as the main antagonist in ‘Thuramukham’. Interestingly, this is his third film with Nivin after ‘Mikhael’ and ‘Kayamkulam Kochunnni’. Though Sudev is a the State award winning actor, only been very few films have explored his potential. It remains to be seen if he has a solid role to perform in ‘Thuramukham’.

‘Thuramukham’, as the name suggests, is centered around a harbour and the lives of coastal people. The story is set in the Cochin harbour in the 1950s. It is based on the historic protests against the inhuman ‘chappa’ system, that existed during the 50s wherein copper coins were thrown at waiting workers in a primitive ‘work guarantee’ scheme, which had resulted in police firing and killing of three workers in Mattancherry.

KM Chidambaran had earlier written a play named ‘Thuramukham’. The playwright’s son, Gopan Chidambaram, the co-writer of ‘Iyobinte Pusthakam’, has adapted the screenplay to feature film format. Sukumar Thekkeppat of Mini Studio is producing the film. It is expected to hit screens in the second half of the year.