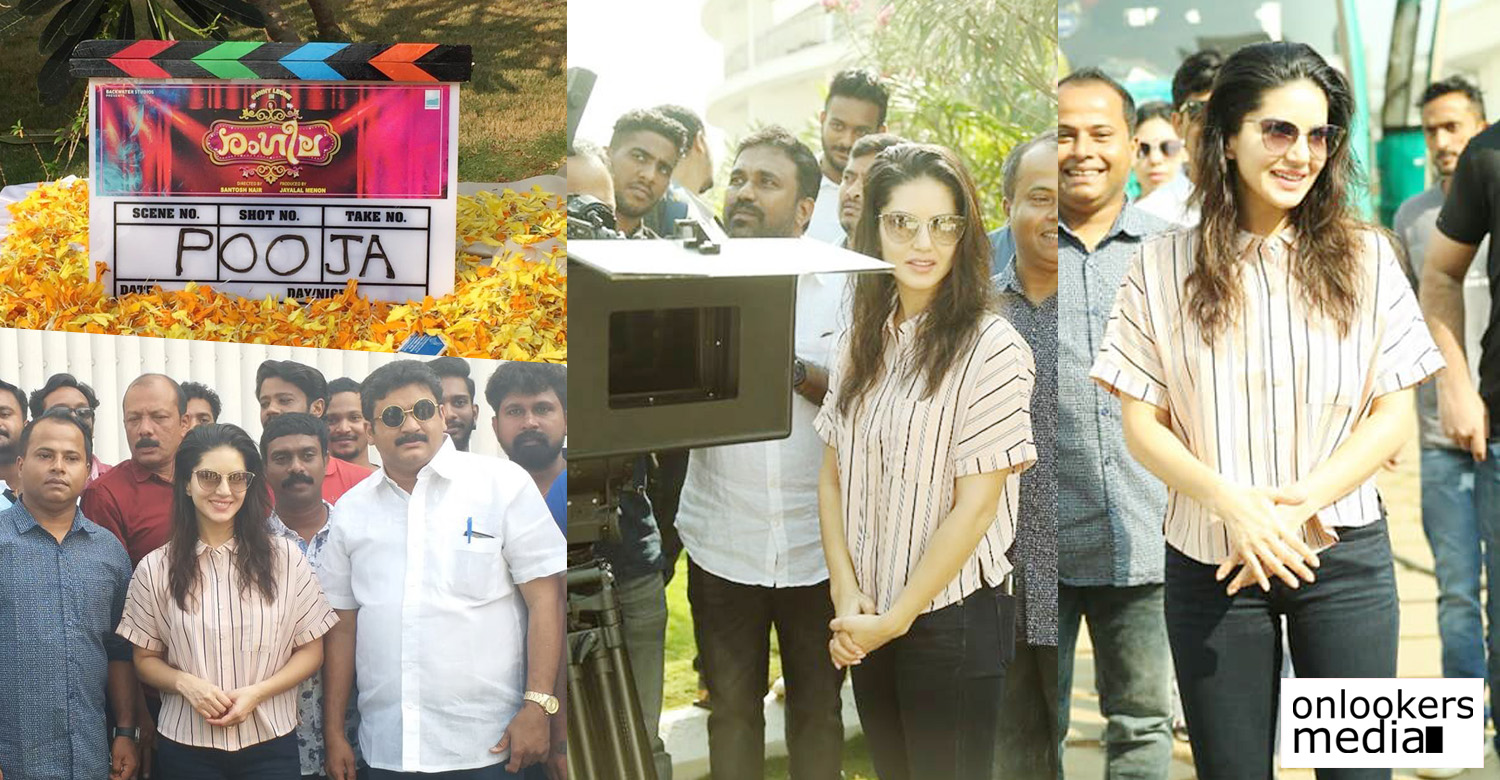 It is already known that Sunny Leone is starring in a Malayalam movie titled ‘Rangeela’. The movie directed by Santhosh Nair of ‘Money Ratnam’ fame was launched today with a customary pooja ceremony. Sunny and the movie’s major crew members were present for the pooja. As per the makers, ‘Rangeela’ is a fun road movie set around a group of people’s journey from Goa to Hampi. Although Sunny’s character will be present throughout, she won’t be having any Malayalam dialogues. She plays the role of a south Indian diva in the movie. If reports are to be believed, she will also be performing a special dance number. Apart from Sunny, the movie also has Aju Varghese, Hareesh Kanaran and Salim Kumar as part of the supporting cast. ‘Rangeela’ story is written by Jayalal Menon, who is also the producer. His own banner Backwater Studio is producing the movie jointly with Fairytale Productions. It will be distributed by One World Entertainments. The makers also planning to shoot the movie extensively in various locations in Goa, Kochi, Hampi and Chikmagalur.