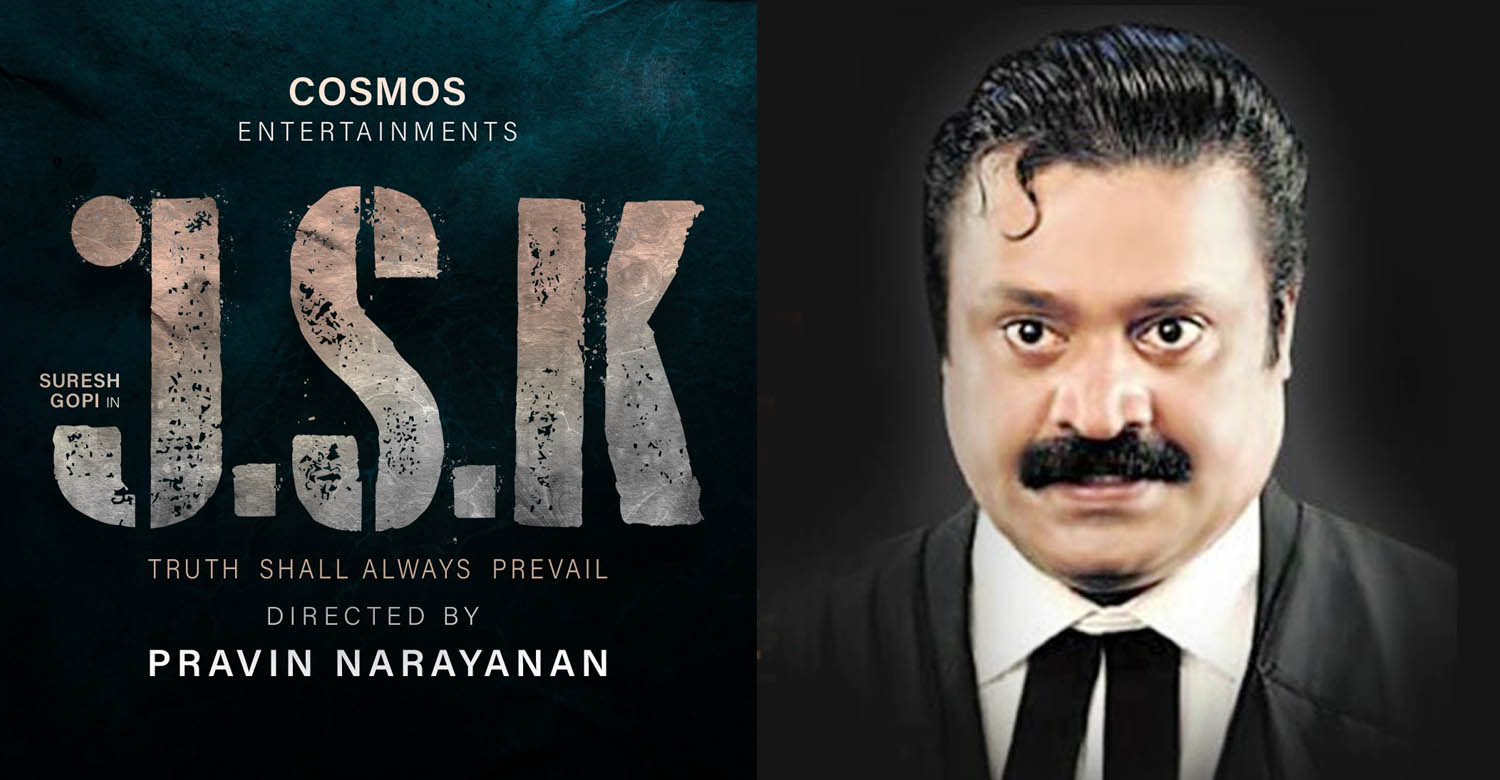 Suresh Gopi’s new film JSK got launched with a formal pooja ceremony last day in Irinjalakuda. Debutant Pravin Narayanan is directing the film, which is said to be a legal drama. Suresh Gopi is reportedly playing an advocate’s role in the film, which also marks the acting debut of his younger son Madhav Suresh. Anupama Parameswaran is also essaying a prominent role in the film.

Here’s announcing my next film which will be directed by Pravin Narayanan and produced by Cosmos Entertainments.

JSK is produced by Cosmos Entertainments. The cast also includes Shruti Ramachandran, Murali Gopy, Baiju Santhosh and Asif Ali’s brother Askar Ali. On the technical front, the film has Renadive cranking the camera and Samjith as the editor.

Anaswara Rajan to star in GV Prakash’s next
Vineeth Sreenivasan’s Mukundan Unni Associates censored; All set for release
To Top