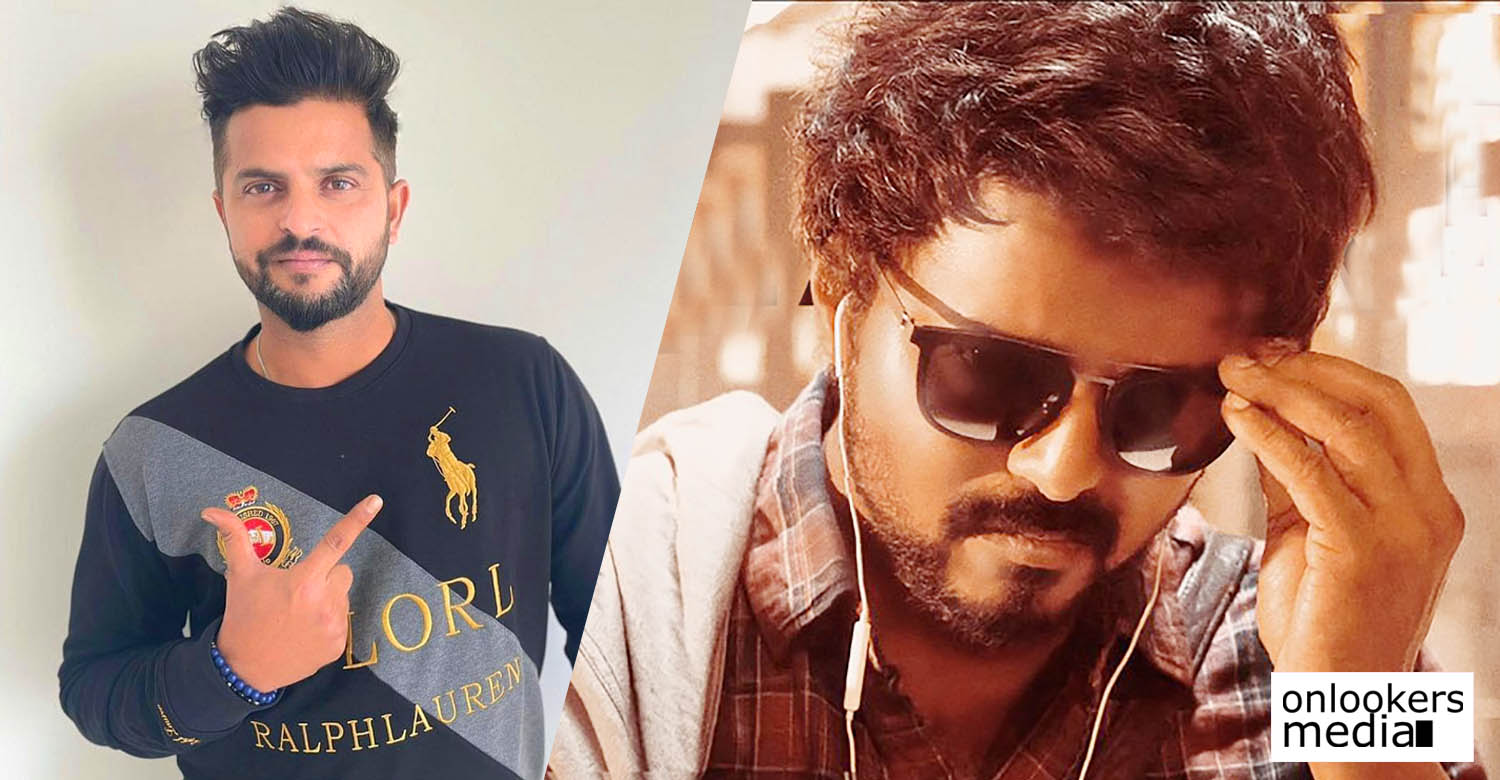 Suresh Raina reveals that he enjoyed watching Vijay’s Master along with his daughter!

Former Indian cricketer and Chennai Super Kings’, star batsman Suresh Raina was invited to join the commentary during the opening game of the 5th season of Tamil Nadu Premier League (TNPL). During the commentary session, the flamboyant left-hander revealed that he had watched the Hindi dubbed version of Tamil superstar Vijay’s ‘Master’ along with his daughter and that they both loved the film.

‘Master’ starring Vijay and Vijay Sethupathi as the leads is an action-packed mass entertainer. Directed by Lokesh Kanagaraj, the film went on to be a smashing success at the box office. Despite the Covid threat, the film hit screens on January 13 this year and emerged as a massive hit. It was later dubbed and released in Hindi and Telugu.

Currently, there are reports about Bollywood superstar Salman Khan expressing his interest to remake the film in Hindi. An official confirmation in this regard is still awaited.

Mammootty and Nayanthara in an Anirudh musical; Omar Lulu’s dream project!
Rajkummar Rao congratulates Vinay Forrt for his performance in Malik
To Top