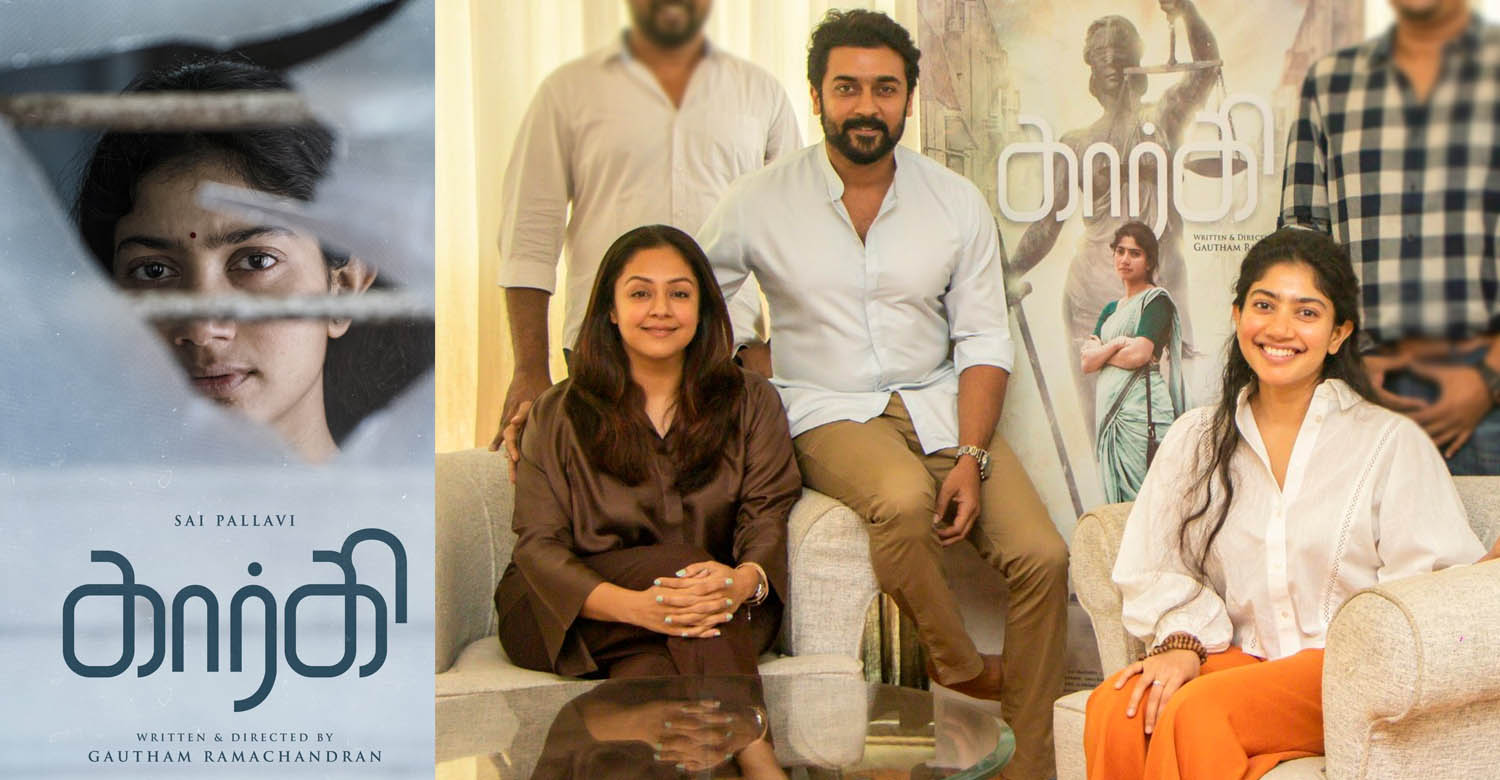 Recently on Sai Pallavi’s birthday, it was announced that she would be headling a multilingual film titled ‘Gargi’. Gautham Ramachandran, who made his debut with the Nivin Pauly starrer ‘Richie’, is directing the film. Made originally in Tamil, it is also set to be dubbed and released in Telugu and Kannada.

It has been announced that 2D Entertainment, headed by actors Suriya and Jyotika, will be presenting ‘Gargi’. The official announcement was made recently by sharing photos of the main team members with Suriya and Jyotika.

‘Gargi’, said to be a legal drama, has Sai Pallavi playing a middle class woman’s role, who fights against the system. She had recently shared a making video of the film, which includes footages of her dubbing in different languages. It also stars Kaali Venkat, Kalesh Ramanand in prominent roles.

Actress Aishwarya Lekshmi is turning a producer with ‘Gargi’. She is backing it along with director Gautham, Ravichandran Ramachandran and Thomas George. Govind Vasantha is the film’s music director and cinematography is by Sraiyanti and Premkrishna Akkattu. Edits are handled by Shafique Mohamed Ali.