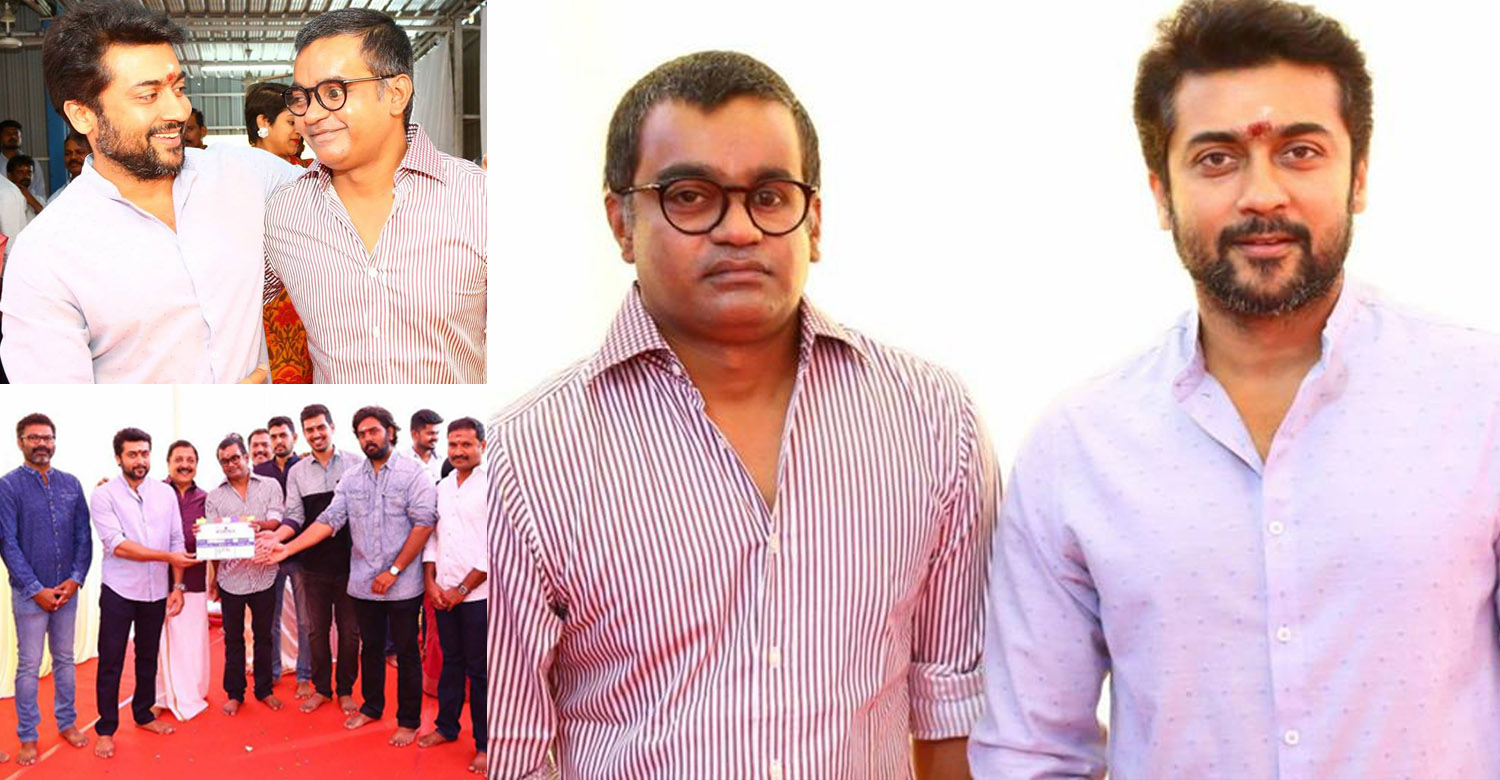 Suirya is currently awaiting the release of Thaana Serntha Koottam (TSK), which is slated for a Pongal release in January. Directed by Vignesh Shivn, TSK is adapted from Akshay Kumar’s super hit Hindi film Special 26. Keerthy Suresh, Ramya Krishnan, Karthik, Kalaiarasan, Senthil and many other noted actors are part of the supporting cast. Then movie has its music by Anirudh and is funded by Studio Green. It is expected to hit screens worldwide on January 12.

Meanwhile, Suriya is prepping up for his next with Selvaraghavan. It is his first outing with the ace filmmaker and expectations are naturally high among the audience. The movie was launched on New Year’s day with an auspicious pooja ceremony. Suriya, his father Sivakumar, brother Karthi, Selvaraghavan and many others were present for the pooja.

South Indian cinema’s current sensation Sai Pallavi has been paired opposite Suriya in this yet-to-be-titled movie. Her’s is a very interesting casting as all the heroines in Selvaraghavan’s have had great scope for performance. Sai Pallavi has already proved her mettle as a capable actress with her performance in movies like Kali and Fidaa.

Selvaraghavan is well known for his films like Kaadhal Kondein, 7G Rainbow Colony, Pudhupettai, Mayakkam Enna etc. He is expected to give a new makeover for Suriya with this upcoming movie. Recently, the director had said that he never enjoyed scripting a film as much he did for this film.

SR Prabhu of Dream Warrior’s Pictures is funding this movie. An official announcement with details regarding the title and other cast and crew members is expected to be made very soon.

Mohanlal to play a guest role in Dileesh Pothan’s Vaarikuzhiyile Kolapathakam!
Vijay 62: After Mersal, AR Rahman teams up with Vijay once again!!
To Top