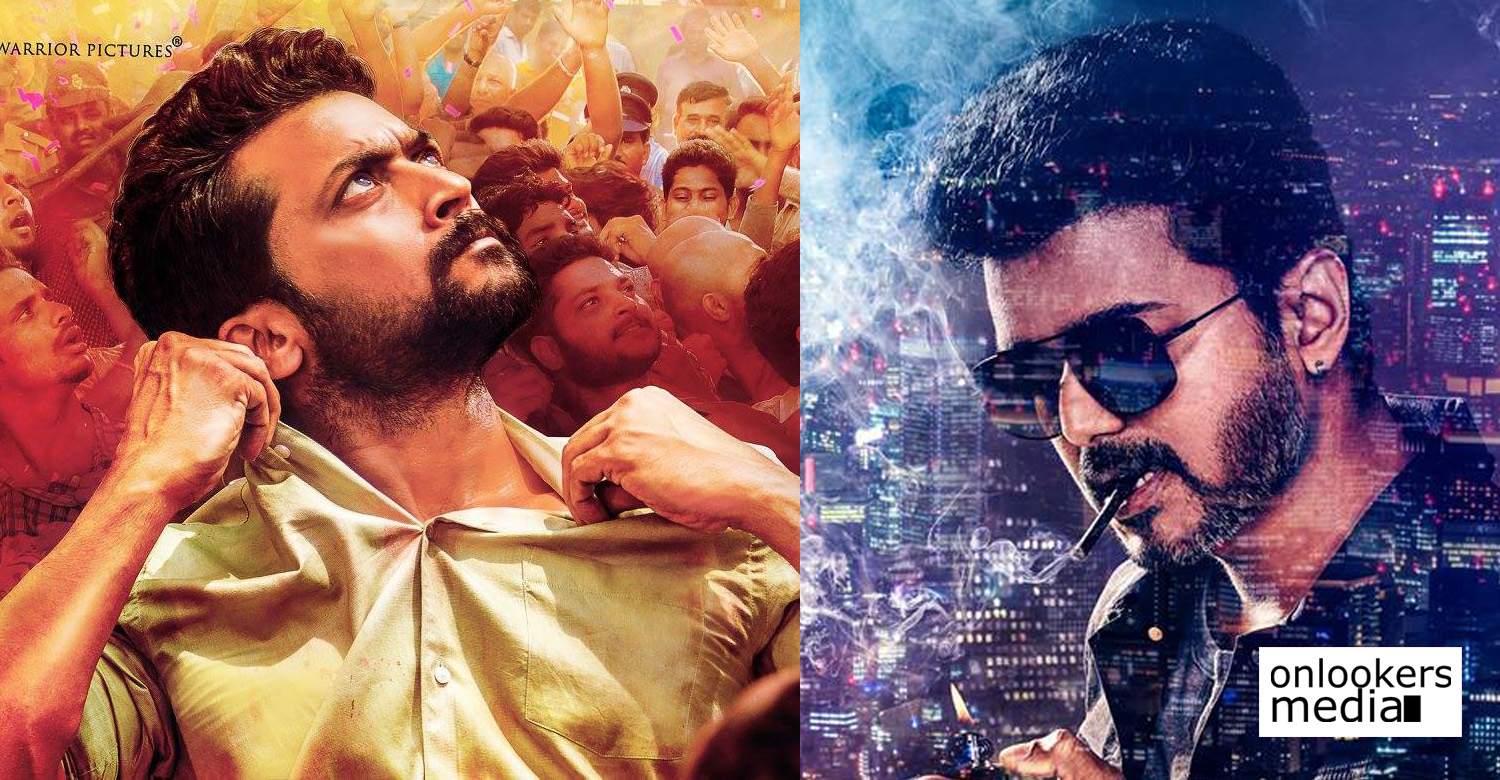 Suriya’s NGK not to clash with Sarkar this Diwali

Tamil cinema has not seen a big blockbuster this year yet. Trade people and industry insiders have pinned high hopes on the Diwali season as some biggies are slated for release. Vijay’s Sarkar and Suriya’s NGK were announced as Diwali releases but as per latest reports the latter has pulled out of the race.

NGK, a political thriller directed by Selvaraghavan has Suriya, Sai Pallavi and Rakul Preet Singh in the lead roles. Things were right on track for Diwali release but Selvaraghavan had reportedly underwent an appendix surgery, following which the shooting schedules were delayed unexpectedly. The makers are yet to officially announce about the postponing.

NGK is said to be one of the most challenging films that Suriya has done so far in his career. The actor plays Nanda Gopala Kumaran, a political activist. The movie is eagerly awaited by the Tamil cinema audience. Selvaraghavan is a highly revered filmmaker in Kollywood and commands a huge fan following. Him teaming up with Suriya for the first itself is a matter of excitement for the fans.

With NGK pulling out, other films are expected to join the Diwali race with Sarkar. One among Dhruva Natchathiram and Enai Nokki Paayum Thotta is confirmed for Diwali. More announcements are likely to be made in the coming days.

Tovino assures that ‘Maradona’ will not disappoint the audience!
Pranav Mohanlal’s Irupathiyonnaam Noottaandu all set to go on floors!
To Top