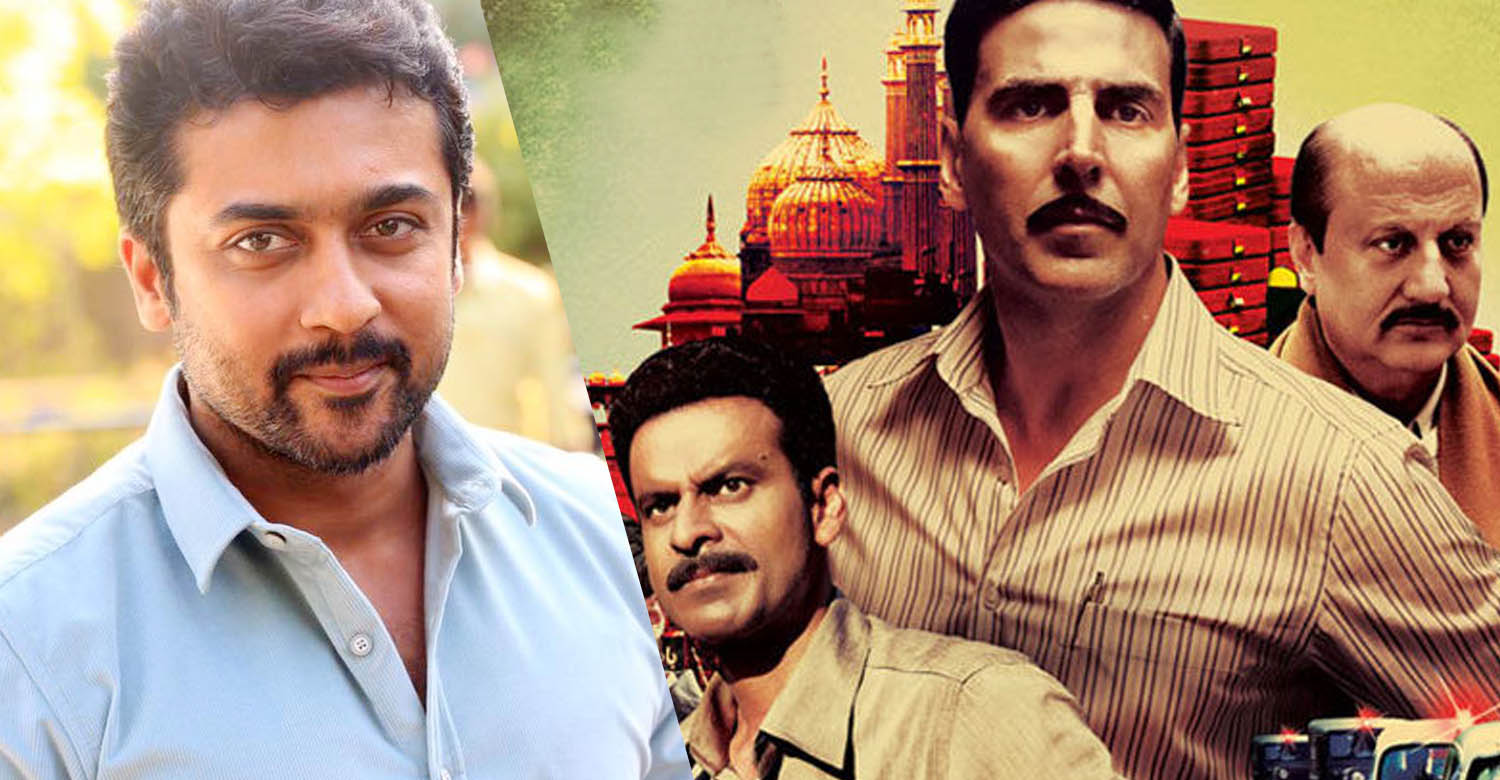 We had already told you that Suriya is currently shooting for his upcoming movie Thaanaa Serntha Kootam (TSK) directed by Vignesh Shivan, who has previously helmed movies like Poda Podi and Naanum Rowdy Dhaan.

According to latest reports from Kollywood media, TSK is loosely based on Akshay Kumar’s blockbuster movie Special 26. Some location stills from the Suriya starrer have striking resemblance to a few scenes from Special 26.

The movie, directed by Neeraj Pandey was about a team who hatch brilliant heist plans to loot money. It is inspired by the 1987 Opera House heist where a group posing as Central Bureau of Investigation (CBI) officers executed an income tax raid on the jeweler in Mumbai.

Special 26 is one of the best heist thrillers in recent times. The movie was unanimously appreciated by the critics and the audience and it went on to become a huge blockbuster.

According to reports, the basic plot of TSK is also the same though it is not an official remake of Special 26. Suriya is shedding nearly 10 kilos for his role in the movie. The movie stars K-Town’s current favourite Keerthy Suresh as the female lead, marking her first time union with Suriya.

Thaana Serntha Koottam is jointly produced by Suriya and KE Gnanavel Raja under the banners 2D Entertainment and Studio Green.

The nation has not benefited from demonetisation: Adoor Gopalakrishnan
Lijo Jose Pellissery to direct Mammootty after Angamaly Diaries
To Top