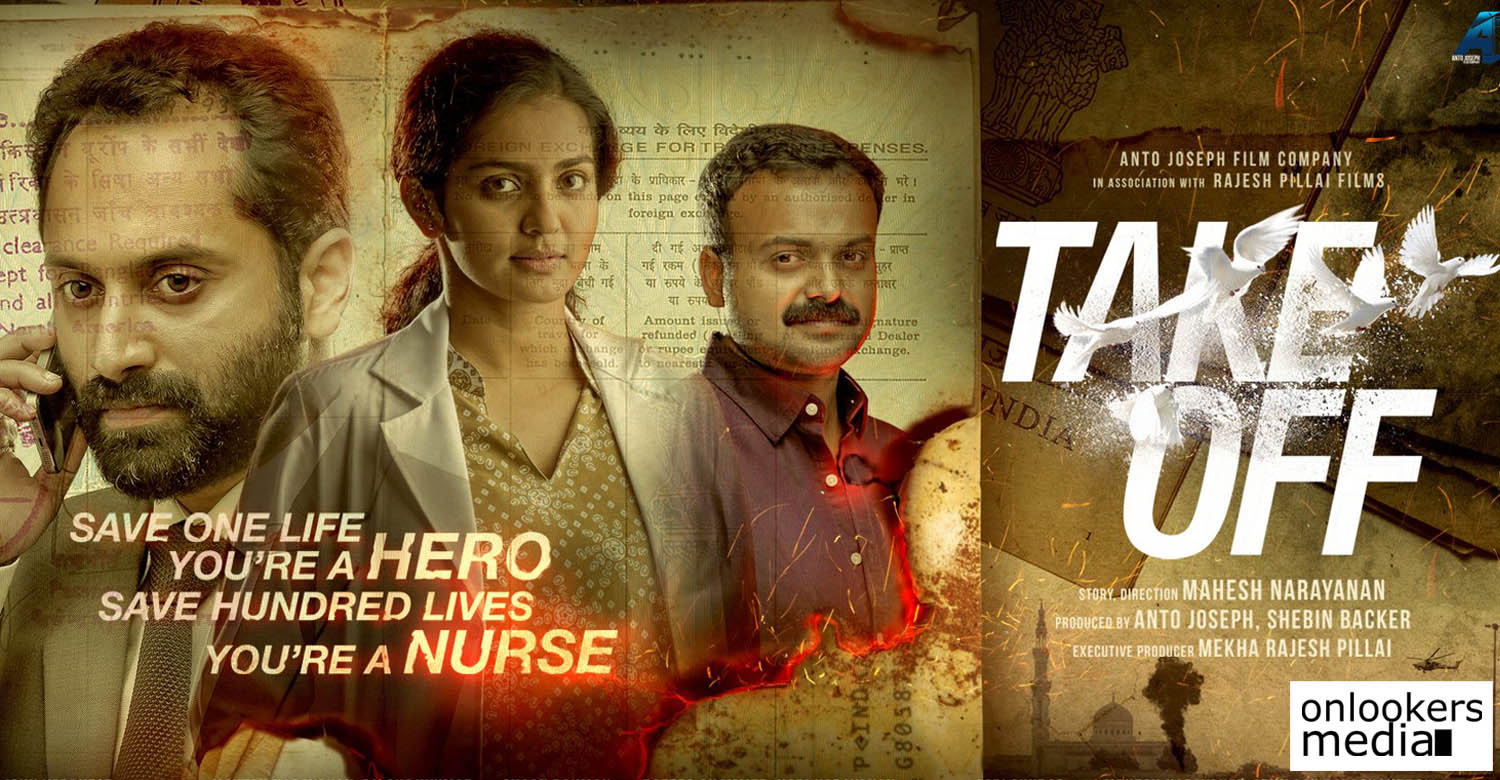 Release date for editor turned filmmaker Mahesh Narayanan’s debut directorial Take Off has finally been confirmed. The movie will hit screens on March 24.

Take Off is a story about nurses who get trapped in Iraq during the war period. The movie’s trailer had some stunning visuals of the war affected areas. Upon release, it was trending virally in social medias.

The movie is jointly written by Mahesh Narayanan and PV Shaji Kumar. Sanu Varghese who has worked in big budget movies like Vishwaroopam, Thoongavanam, Wazir etc has handled the cinematography in this movie.

Mahesh Narayanan and Abhilash Balachandran have jointly edited the movie. Shaan Rahman has composed the music while Gopi Sunder has handled the background score.

Take Off is produced by Anto Joseph and Shebin Becker in association with Rajesh Pillai Films. Many close acquaintances of late filmmaker Rajesh Pillai have come together for this movie, which is made as tribute to him.