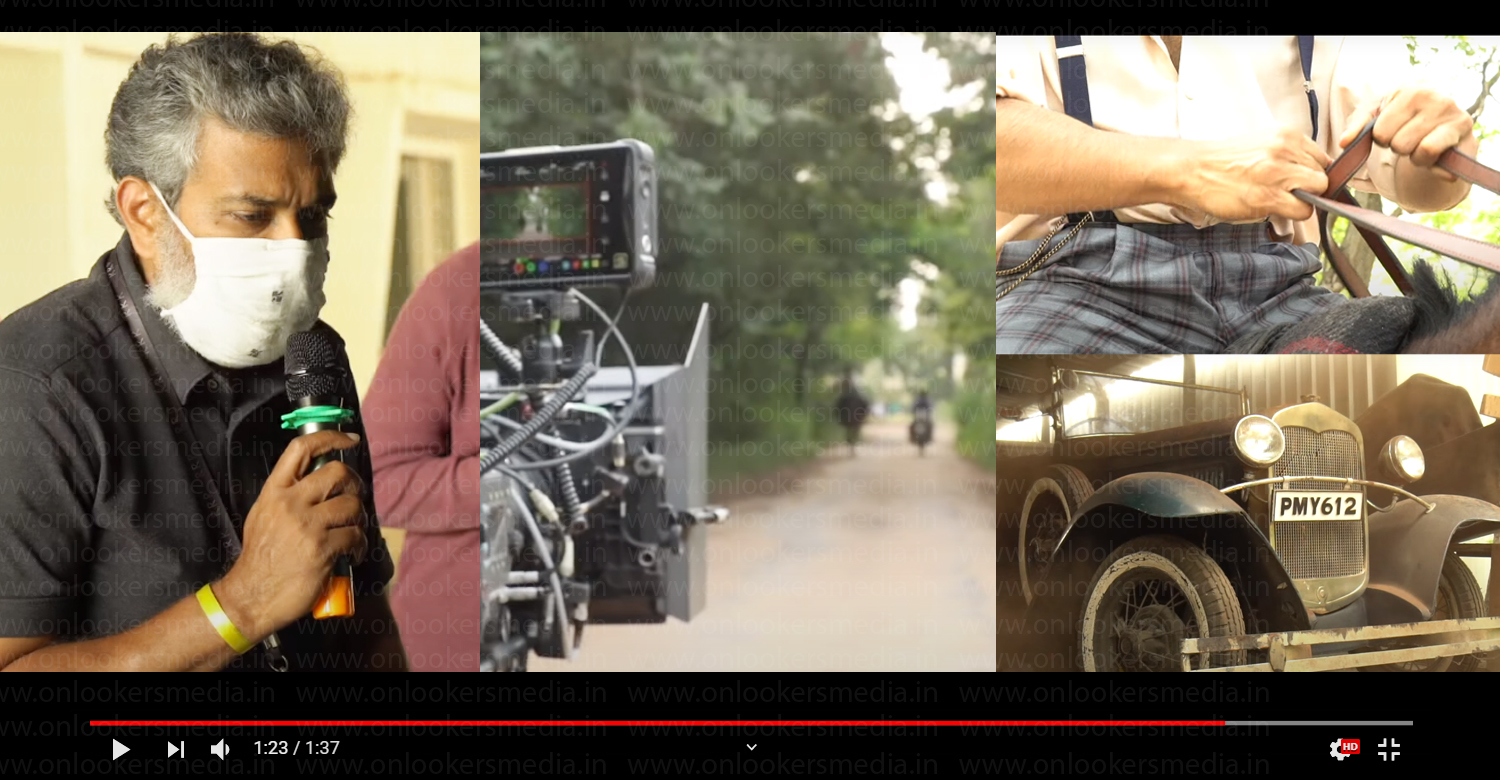 6 months after the country was brought to a standstill by the pandemic, film industries have gradually started functioning. Shoot for several big films that had to be stopped halfway are now being resumed. Director SS Rajamaouli has already started works on his mega budget project ‘RRR’. He informed the same by sharing a brief making video that captures glimpses of all the hardwork that’s going on behind the film.

‘RRR’ is about two freedom fighters, Alluri Sitarama Raju (Ram Charan) and Komaram Bheem (Jr NTR) who fought against the British Raj and the Nizam of Hyderabad, respectively. Ram Charan and Jr NTR play the lead roles. The makers will be releasing a special video of Jr NTR’s character Bheem on October 22. Earlier, they had released similar video for Ram Charan on his birthday.

SS Rajamouli’s father KV Vijayendra Prasad has written the story of ‘RRR’. Rajamouli has penned the screenplay and dialogues are by Sai Madhav Burra and Madhan Karky. Bollywood superstar Ajay Devgn, Alia Bhatt, Olivia Morris, Ray Stevenson, Alison Doody, Samuthirakani and many others are part of the cast.

The film which is being made in various languages on a huge budget of over Rs 400 crores was originally scheduled to hit screens on January 8, 2021. But due to the pandemic that disrupted shoot, release is expected to be delayed by atleast 6 months.