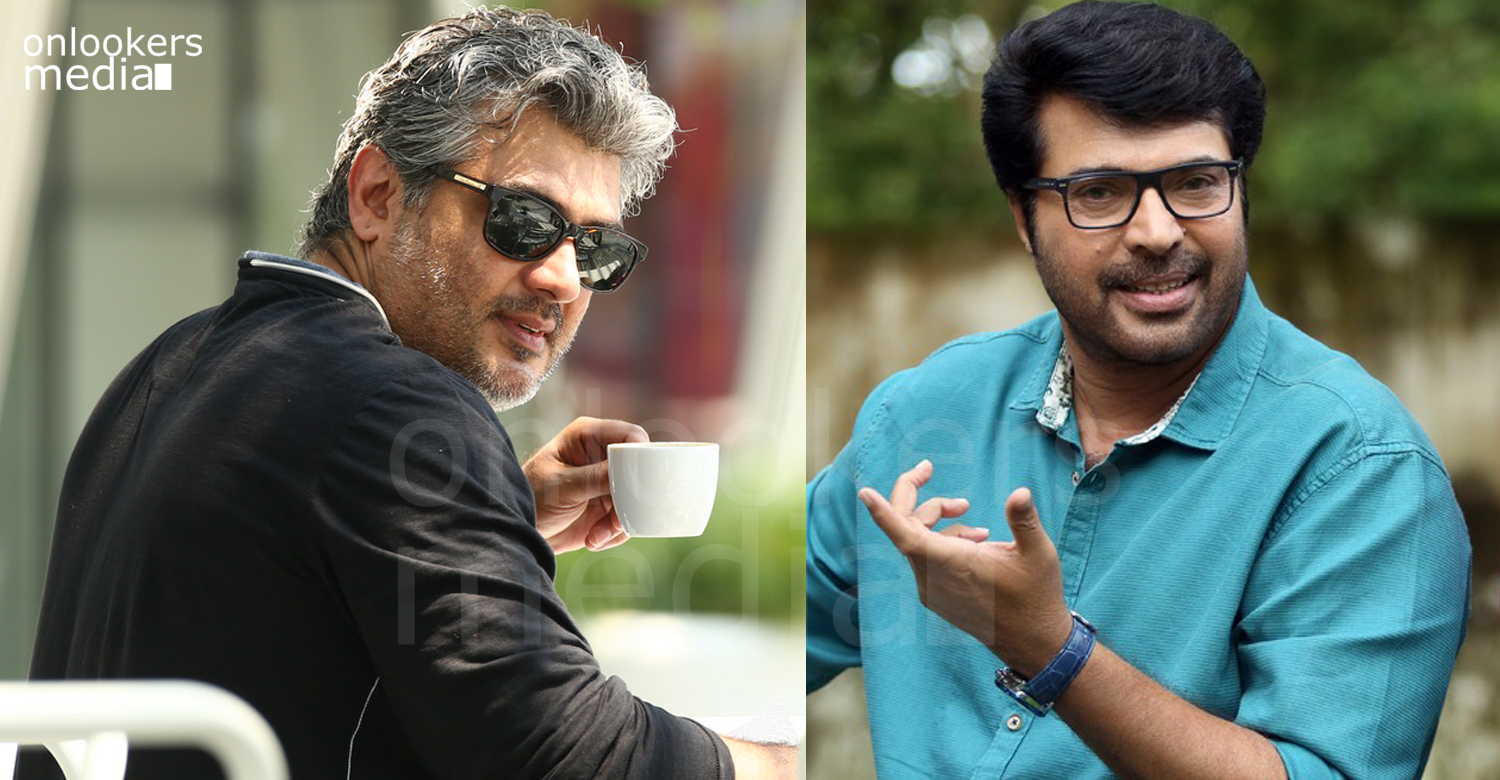 For the last 3 months, a polling was going through online and it was for the awards of CNN IBN Indian Film Awards. They had conducted the polls in different sections, and for North India and South India separately. And of course, the major award is for the best actor and it was contested by popular actors from south India like Mammootty, Prithviraj, Dulquer Salmaan from Malayalam, Kamal Haasan, Ajith, Vikram, GV Prakash Kumar, Ramesh and Vignesh from Tamil, Prabhas, Sudeep etc from Telugu as well. And the poll was closed some weeks back and the result has been announced now. It is Thala Ajith who won the poll for the best South Indian actor award beating Malayalam super star Mammootty.

Earlier Sai Pallavi had won the best female debutant actress from south India for her performance in the film Premam in CNN IBN awards. Mollywood film lovers had tried their maximum to make Mammootty win the online poll by sharing it throughout social Media. Mammootty also lost out in Kerala State Film awards as well this year, even though he was also regarded as a close contestant for the award along with Jayasurya and Prithviraj. But his son Dulquer Salmaan won it this time in Kerala for his performance in the Martin Prakkat directorial film named Charlie.

Dulquer was there in the list of nominees for the CNN IBN film awards for south. His performance in the film OK Kanmani, directed by Mani Ratnam is considered to include him in the nomination list. He had got lots of appreciation from many popular film personalities for his performance in that film.

Director Baiju Kottarakara came out with allegations against Mohanlal
Soubin Shahir is not a Vijay fan in Darwinte Parinamam, but a Mahesh Babu fan, the real Pokkiri !
To Top