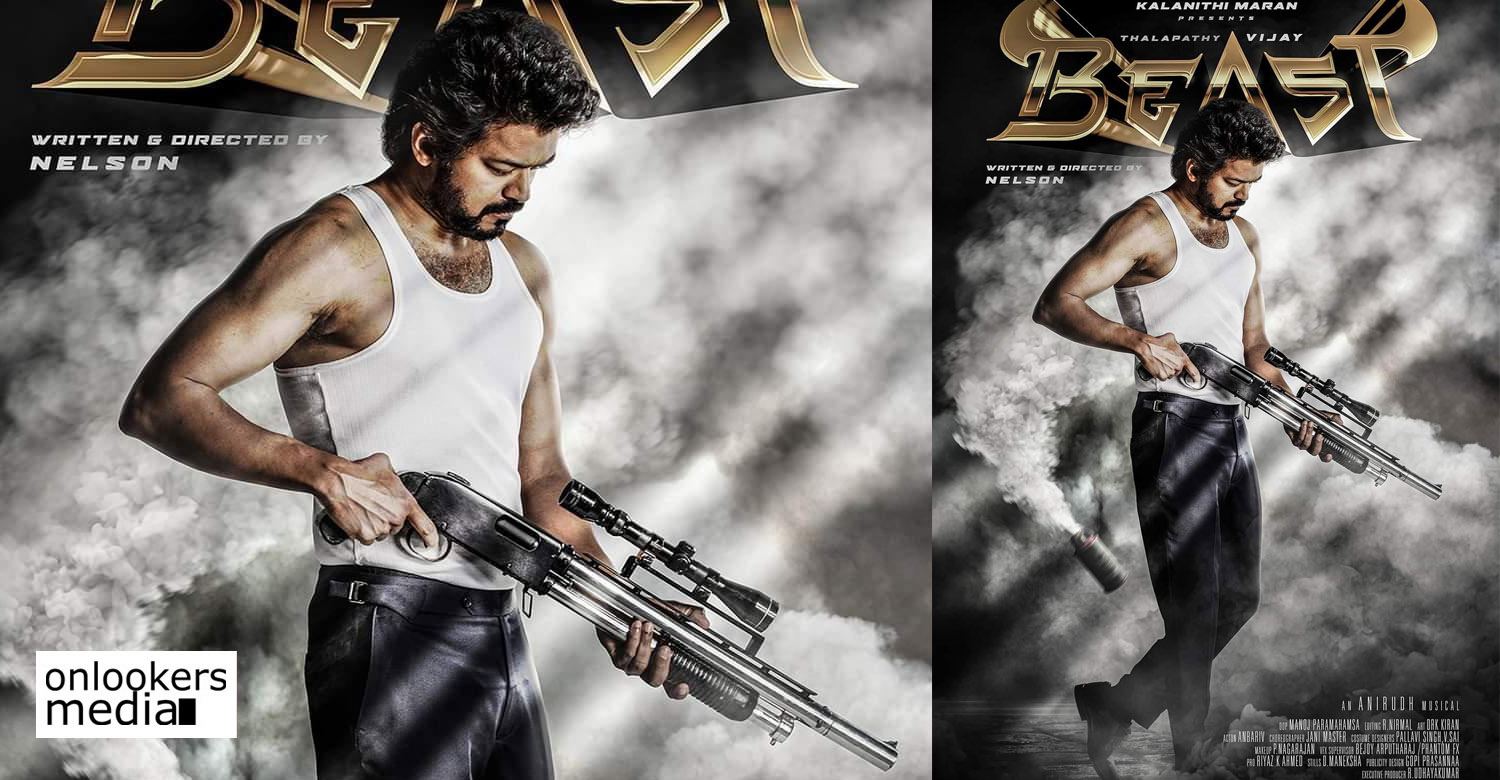 As informed earlier, the title and first look poster of ‘Thalapathy 65’ has been unveiled today on Vijay’s birthday (June 22). Titled as ‘Beast, the first look features a stylish looking Vijay wielding a gun. The film is directed by ‘Kolamavu Kokila’ fame Nelson Dilipikumar. Interestingly, the director is also celebrating his birthday today.

‘Beast’ produced by Sun Pictures is being made as a big-budget action thriller. Vijay reportedly plays the role of a con-agent in the film. Major portions of it has been planned to be shot abroad. Though the makers had started shoot in April in Georgia, they had to stop works and return back home due to the second wave of pandemic.

The film has Pooja Hegde as the female lead. Malayali actors Shine Tom Chacko and Aparna Das are also part of the cast. Anirudh Ravichander is the music director and Manoj Paramahamsa handles the camera. Editor R Nirmal, stunt choreographers AnbAriv and art director DRK Kiran are also part of the team. Kamal Haasan to do Papanasam 2 without Gautami?
Thalapathy 65: Beast second look poster out
To Top