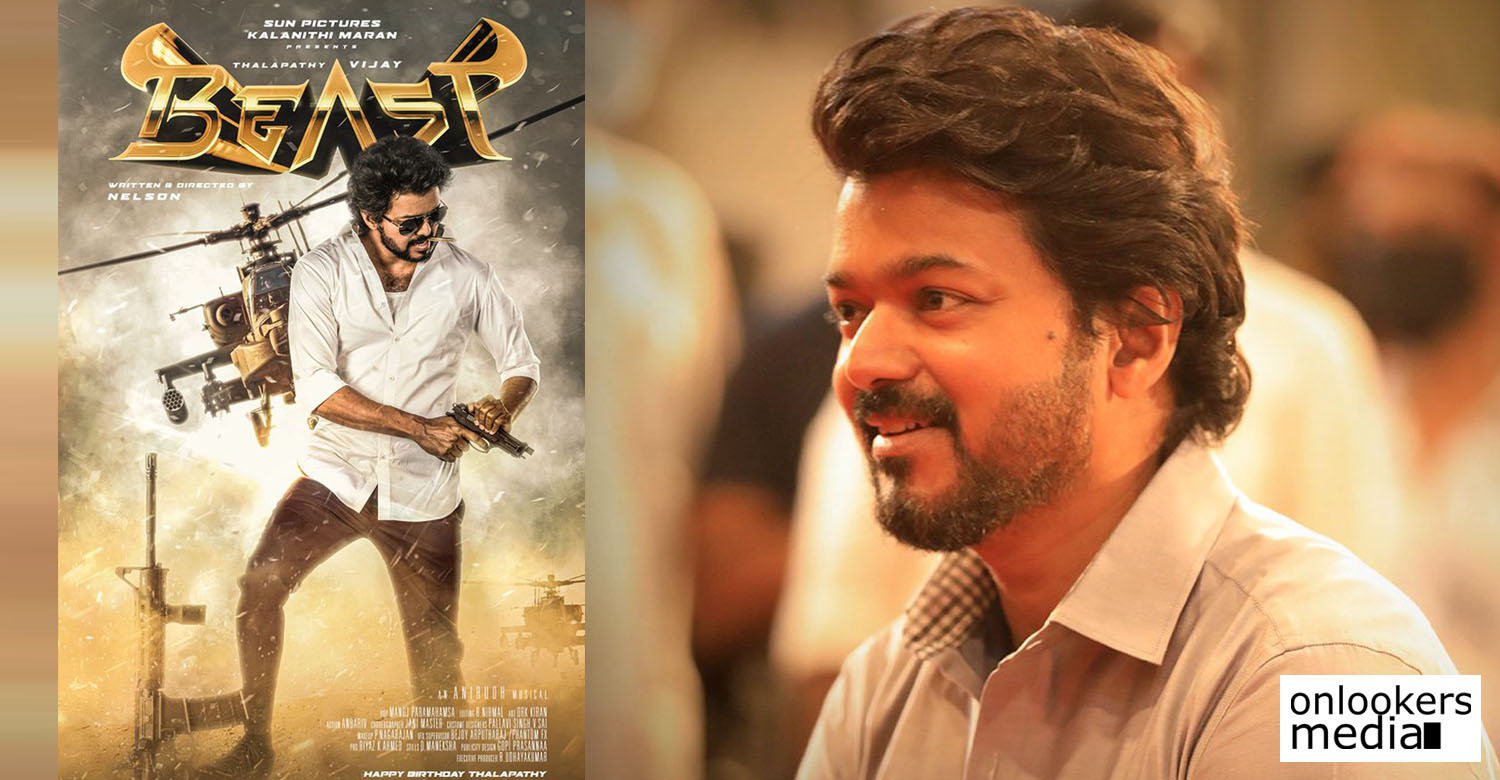 After unveiling the title and first look poster of Vijay’s upcoming film with Nelson Dilipkumar, the makers sprang a surprise by releasing the second look poster at midnight 12 AM. Titled as Titled as ‘Beast, the film reportedly has Vijay playing a con agent’s role. Both the posters have him holding guns. A helicopter in the backdrop hints that this will be an action-packed film made on a big scale. It is produced by Sun Pictures.

Major portions of ‘Beast’ has been planned to be shot abroad. Though the makers had started shoot in April in Georgia, they were forced to abandon works and return back home due to the second wave of pandemic. They are expected to resume shoot once the situation gets better and restrictions are lifted.