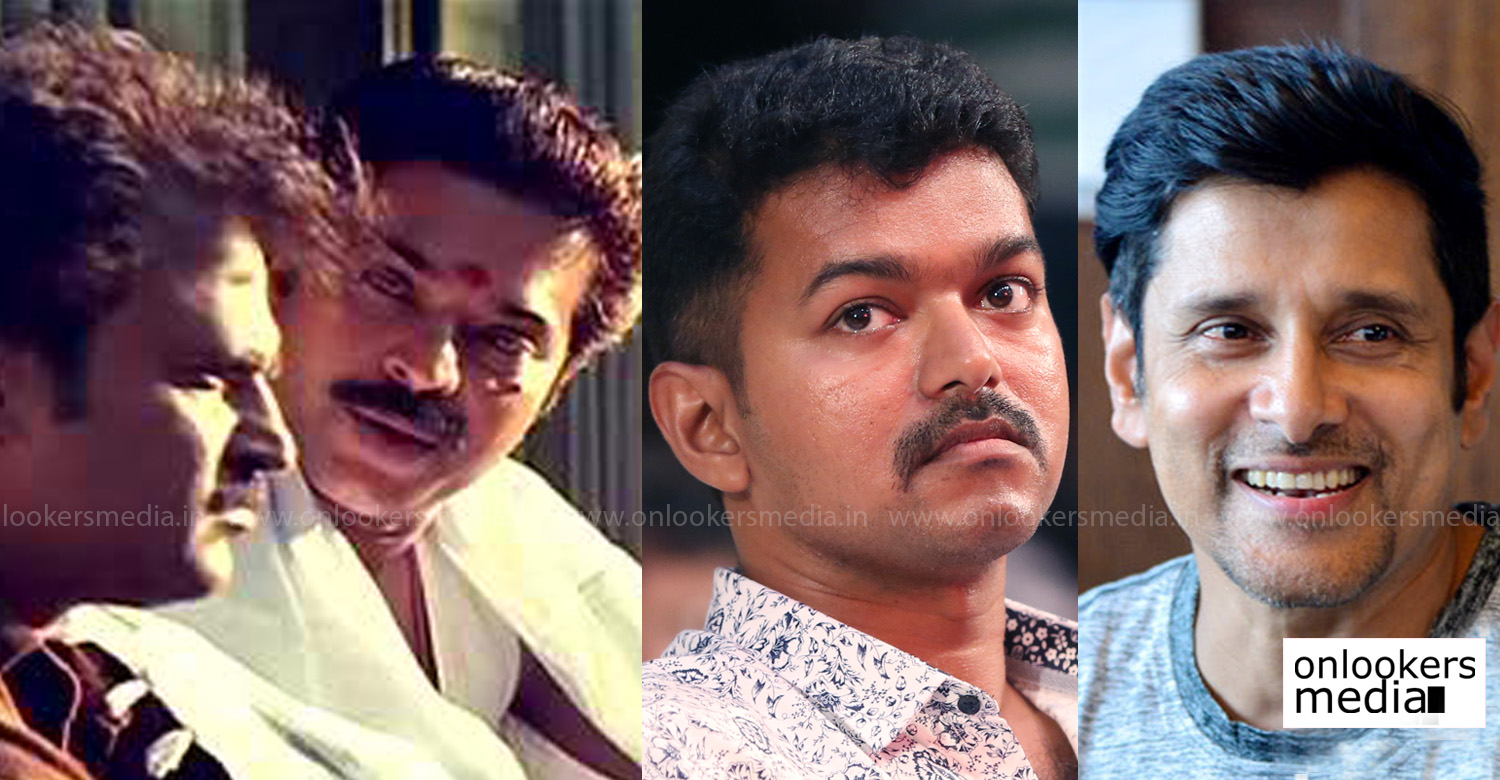 Thalapthi 2; Vijay and Vikram to reprise Rajinikanth and Mammootty’s roles?

Kollywood media is abuzz with reports about legendary filmmaker Mani Ratnam having talks with actors Vijay and Vikram for an adaptation of his own yesteryear blockbuster Thalapthi. The movie, released back in 1991 had two of Indian cinema’s biggest superstars Rajinikanth and Mammootty in the lead roles.

Thalapthi enjoys a cult status even today. The movie was an amalgamation of some of the biggest actors of that time like Rajinikanth, Mammootty, Amrish Puri, Srividhya, Shobana, Nagesh, Geetha, Jaishankar and also marked the debut of the 90s heartthrob Aravind Swamy.

Now, according to latest reports from K town media, Mani Ratnam has had talks with Vijay and Vikram and both the actors have given their consent to be part of the movie. The director is also trying to rope in Telugu star Ram Charan Teja to play Aravind Swamy’s role from the original. There is still no word from the director’s side about this ambitious project. If at all this project happens, it will be one of the biggest ever in South Indian cinema and the team will have to put in massive efforts to atleast come close to the original’s quality.

Meanwhile, there are also rumours about Bollywood filmmaker Bejoy Nambiar planning to remake Mani Ratnam’s Agni Natchathiram in Hindi. It must be noted that Bejoy was an former assistant to Mani Ratnam and was also part of the second unit team of Mani Ratnam’s upcoming movie Kaatru Veliyidai.

The director is currently busy with the post production works of Kaatru Veliyidai starring Karthi and Bollywood actress Aditi Rao Hydari in the lead roles. The movie is scheduled to hit screens on April 7.