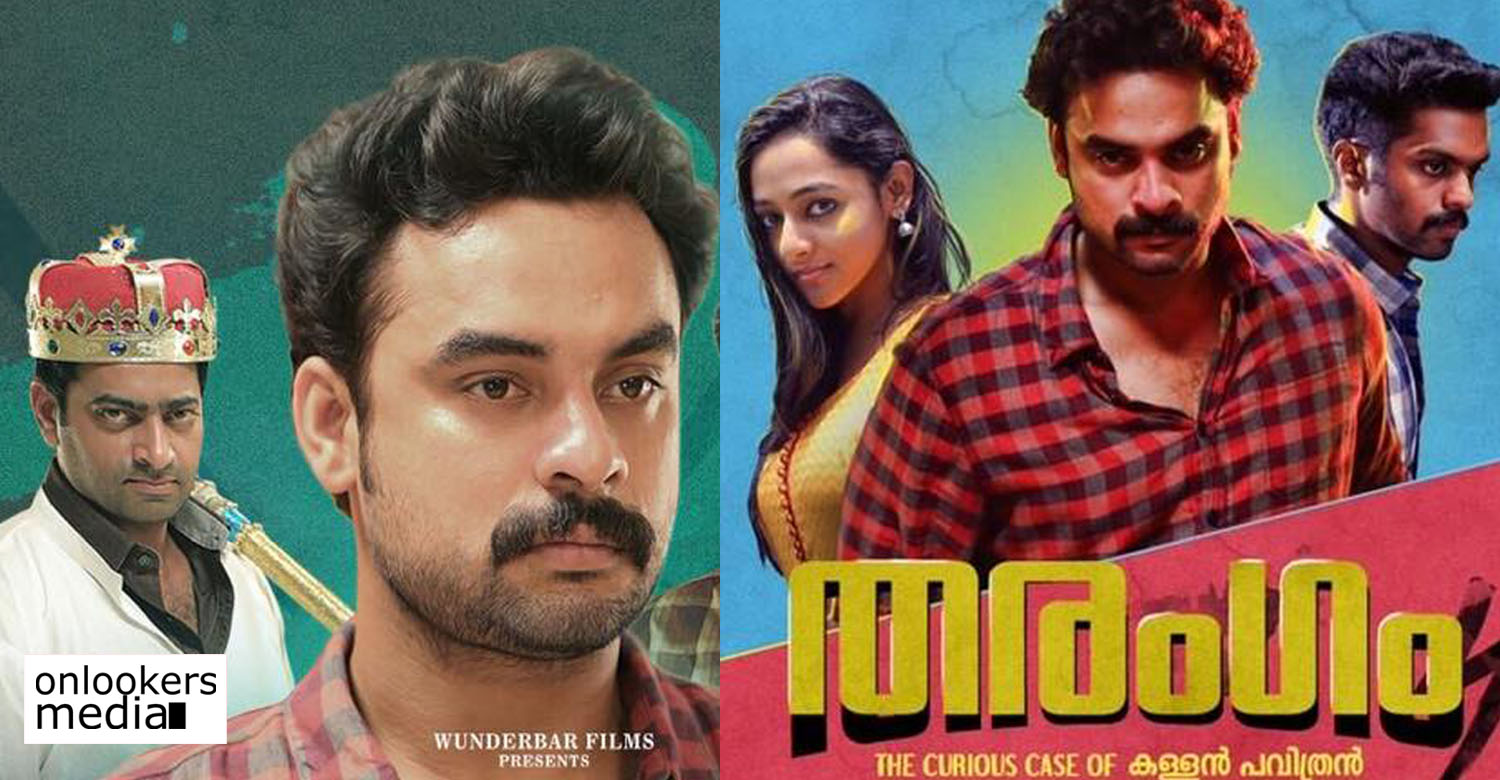 Tharangam gets applause for its unique style of treatment

Tovino Thomas starrer Tharangam was last day (September 29) in centres all across Kerala. The movie directed by debutant Dominic Arun has opened to mixed to positive reviews. Critics have rated it as experimental film that is worth a watch for the cinephiles.

Social media users have also appreciated the team’s brave decision to make such an experimental film. The perfomances of the lead cast and the variety in treatment have been found many admirers. Another major attraction of Tharangam is the involvement of Dhanush’s Wunderbar Films. It is the first Malayalam movie to be produced by this popular banner.

The core plot of Tharangam is centred around two policemen – Padmanabhan (Tovino) and Joy (Balu Varghese). These two naïve policemen take part in an unauthorized mission, upon the instruction of their superior, to track down a gang of smugglers. Unfortunately, a policer officer gets killed which results in the suspension of Pappan and Joy from the force. Rest of the story evolves as they get involved in a series of events which finally lands them in a chaotic culmination.

The movie has several charcaters who are somehow connected to the lead actors. It is a full on fun entertainer with a lot of interesting turnarounds. Tharangam also has a tinge of fanatsy, which the makers have tried to present in a very unqiue way. The technical team of composer Ashwin Renju, cinematographer Deepak D Menon and editor Sreenath were all good in their respective departments and give a fresh feel to the movie.

Villain will hit screens by the end of October: B Unnikrishnan
Official: Vikram’s Saamy 2 starts rolling
To Top