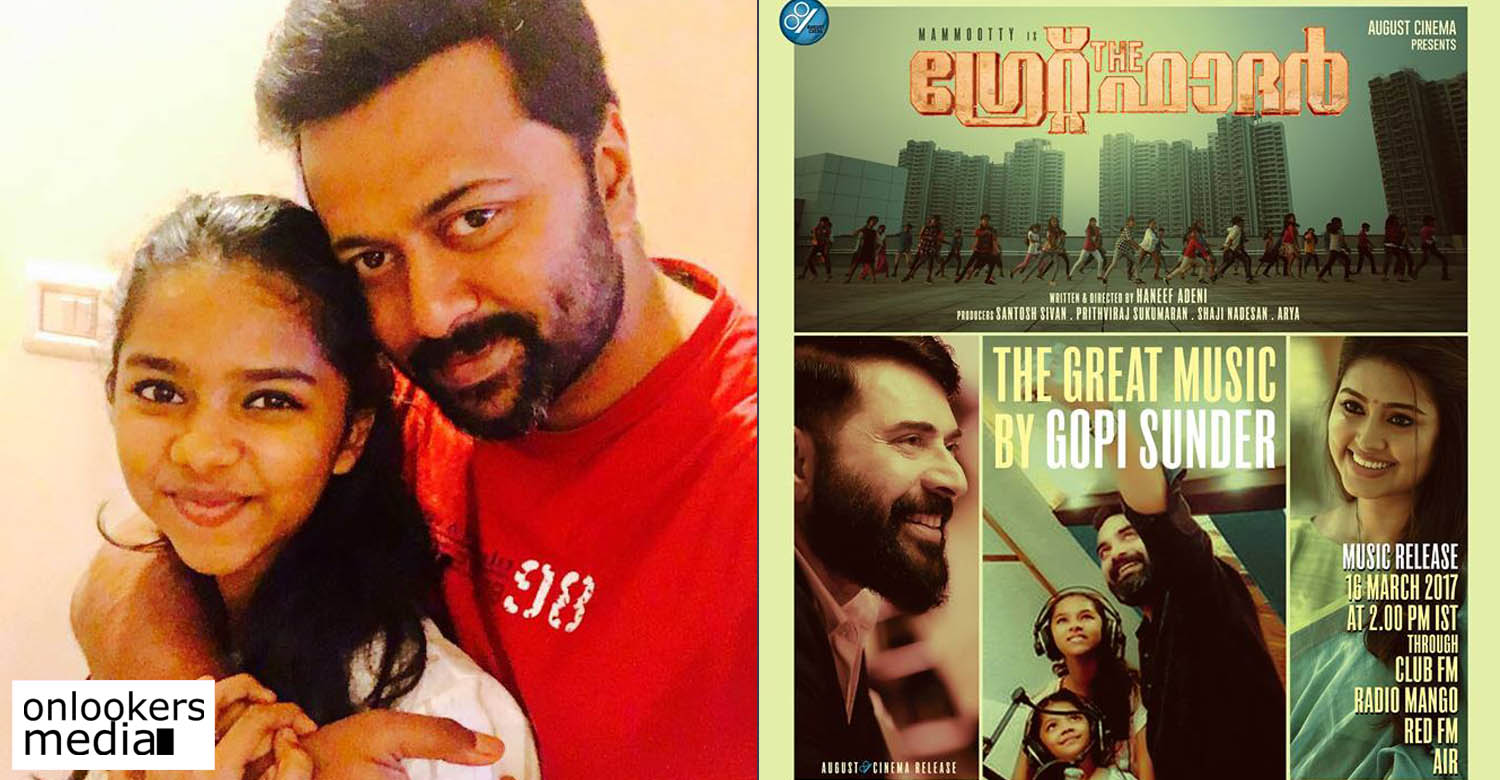 Megastar Mammootty’s highly anticipated movie, The Great Father is all set to hit screens on March 30. The movie is written and directed by debutante Haneef Adeni.

Audio composed by Gopi Sunder will be released today at 2.00 PM through major FM channels like Club FM, Air, Radio Mango and Red FM. Actor Indrajith’s daughters Prarthana and Nakshathra have sung a number in this movie. We believe it’s a peppy number that will feature Baby Anikha in the movie. She is playing Mammootty’s daughter in the movie.

Mammootty’s character in the movie is named as David Ninan. Sneha will be seen as his wife Michelle David. Kollywood actor Arya will be seen as a police officer, Andrews Eapen in the movie. Shaam, Malavika Mohanan, IM Vijayan and Kammatipadam fame Manikandan Achari are also part of the cast.

Roby Varghese Raj has wielded the camera while Noufal Abdulla has handled the edits for this movie.