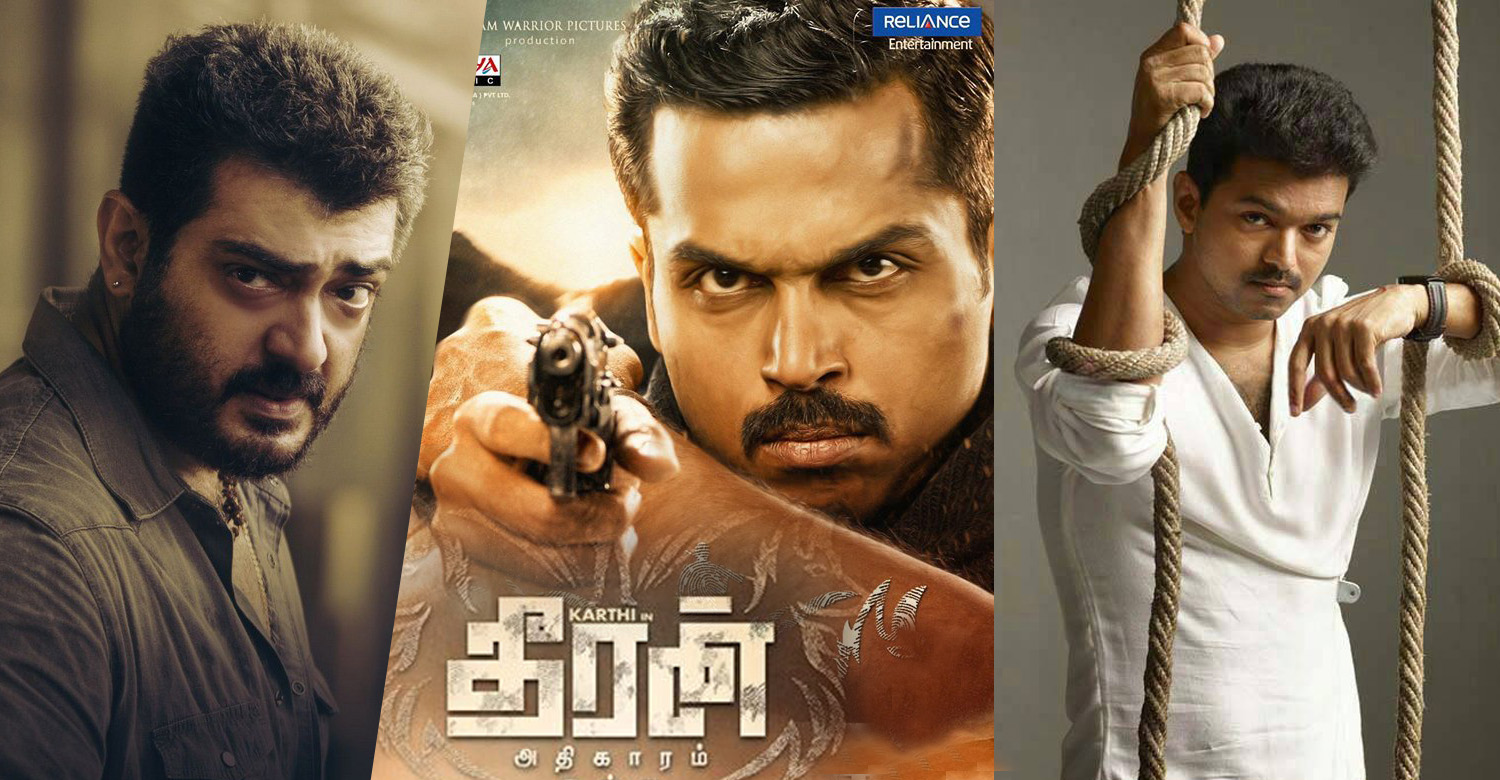 H Vinoth is one of the most filmmakers in Tamil cinema currently. Both his films – Sathuranga Vettai and Theeran Adhigaaram Ondru – were successful, both critically and commercially. Theeran starring Karthi, released last year, is regarded as one of the finest Tamil movies in recent years. Ever since the movie’s release, there have been lots of talks about Vinoth’s next.

As per latest reports, Tamil cinema’s two of the biggest superstars, Ajith and Vijay, are the front runners for Vinoth’s next film. The director has approached both the actors with seperate scripts and talks are currently on. Rumour mills are abuzz that Ajith’s project is almost confirmed and an official announcement is expected to be made shortly. It will be really interesting to see a budding talent like Vinoth calling shots for superstars like Ajith and Vijay.

Ajith is currently shooting for the second schedule of ‘Viswasam’, directed by Siva. It is his fourth film with the director after Veeram, Vedhalam and Vivegam. Nayanthara is playing the female lead in the movie which is touted to be a mass commercial entertainer. Viswasam is slated for Pongal release in January next year. Reports also suggest that Prabhudeva and Vishnuvardhan are also planning to direct Ajith soon.

Vijay meanwhile is busy with the shoot of Sarkar, his third outing with AR Murugadoss after the blockbusters, Thuppakki and Kaththi. As the title suggests, the movie is a political thriller featuring Vijay as a millionaire bussinessman. Keerthy Suresh and Varalaxmi Sarath Kumar are also part of this movie. Sarkar is slated for a grand Diwali release this January. Vijay is also in talks with Atlee and Mohan Raja but nothing has been confirmed yet.