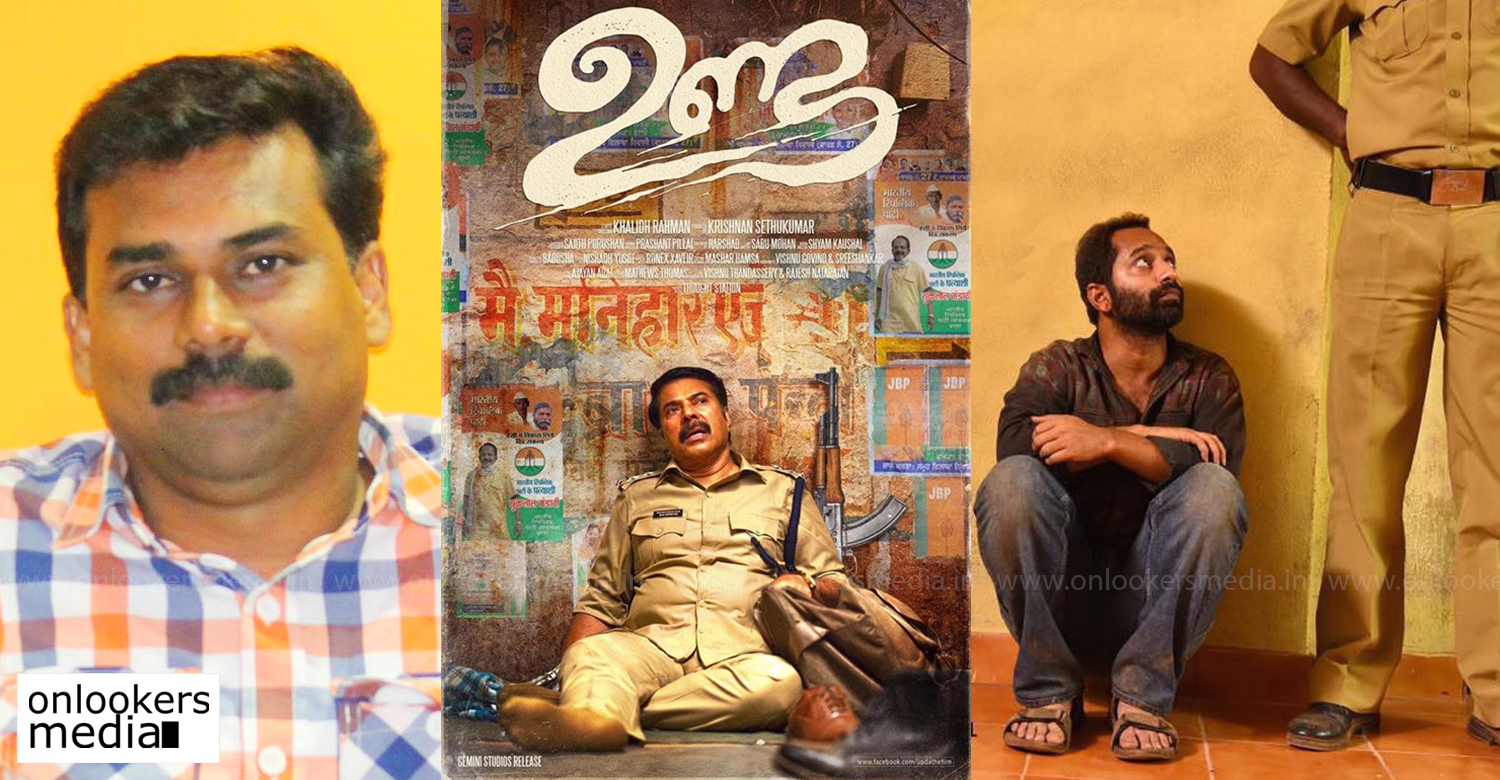 Mammootty starrer ‘Unda’ continues to find new admirers. The movie is getting unanimously positive reviews from all corners, which includes critics, common audience and even celebs. Latest to appreciate the team is National award winning script writer Sajeev Pazhoor, who penned the widely acclaimed ‘Thondimuthalum Driksakshiyum’. Sajeev, in his Facebook post, called ‘Unda’ an ‘Indian film’.

Just like he said, ‘Unda’ has a pan-Indian nature. It tells the story of a battalion of policemen from Kerala who are posted in Chhattisgarh on election duty. While it does keep the audience entertained throughout with ample amount of fun and thrill, the movie is also an eye-opener that invites discussions. It is not just another regular potboiler, but a politically layered film that touches upon multiple issues which appeals to a wider audience. In that sense, ‘Unda’ is definitely an Indian film.

‘Unda’ has taken an excellent opening at the Kerala box office. Hitting screens on June 14, the movie opened to highly positive reviews from both the critics and common audience. Most centres, especially multiplexes, are having high occupancy. It is expected to continue its successful run in the coming weeks as well.

Indrans starrer Veyilmarangal set to compete at Shanghai International Film Festival
Mammootty, Vijay Sethupathi and Nayanthara to team up for a Tamil-Malayalam bilingual?
To Top