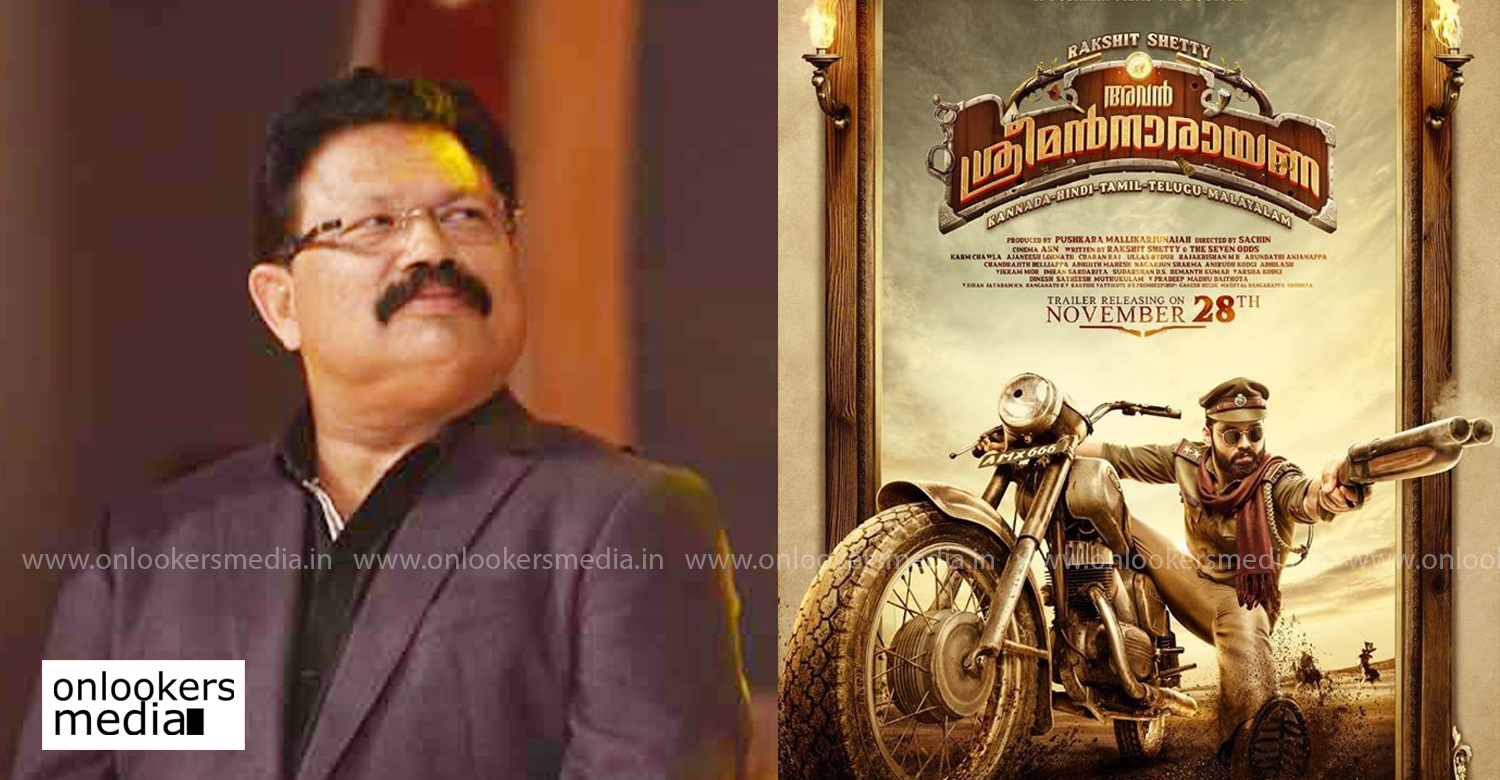 Last day, Kannada superstar Rakshit Shetty took to his official social media handle to share the first look poster of his new film ‘Avane Srimannarayana’. Debutant Sachin Ravi is directing the film. Interestingly, it is being released in five regional Indian languages – Kannada, Hindi, Tamil, Telugu, and Malayalam. The film is scheduled to hit screens on December 27. Tomichan Mulakuppadam, the producer of blockbuster films like ‘Pulimurugan’ and ‘Ramaleela’ will be releasing it in Kerala.

Rakshit Shetty is often credited for kick-starting the new wave in Kannada cinema. His films like ‘Ulidavaru Kandante’ and ‘Kirik Party’ were big hits that went on to be talkies about by non-Kannadigas as well. It is this popularity of his that has inspired the makers of ‘Avane Srimannarayana’ to opt for a multilingual release.

Rakshit has written the story for the film. It is set in the ’80s in a fictional town called ‘Amaravathi’ in Karnataka. He will be seen essaying the role of an ’80s cop. The story is basically centred about this corrupt police officer who lives in Amaravathi. The cast Shanvi Srivastava, Achyuth Kumar, Pramod Shetty, and Balaji Manohar. H. K. Prakash and Pushkara Mallikarjunaiah are producing the film.

Chiranjeevi hosts 80s reunion; Check out the photos!
Antony Varghese’s next is a campus-based mass entertainer
To Top