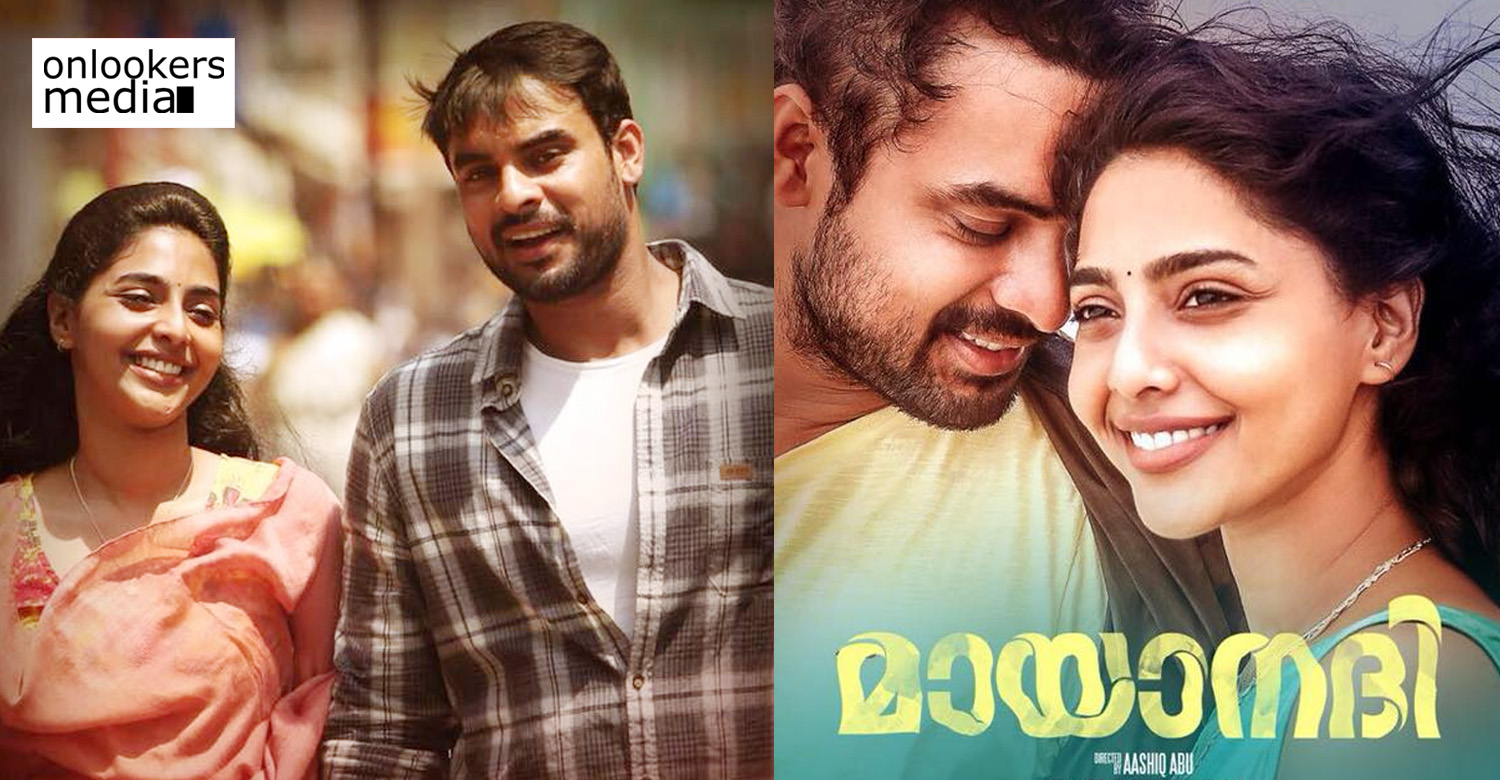 Aashiq Abu’s romantic flick Mayaanadhi is the current talk in Malayali social media forums. A pirated copy of the movie with hardcoded subtitles has been released online. Movie lovers who could not watch the movie during its theatrical release are now expressing their regret about the miss, but it seems like they have another opportunity to experience Mayaanadhi in big screen. Director Aashiq Abu through his social media handle has informed that the movie will be re-releasing in a selected few centres in Kerala.

Mayaanadhi had Tovino Thomas and Aishwarya Lekshmi in the lead roles. The movie scripted jointly by Syam Pushkaran and Dileesh Nair has two dimensions – an intense love story and crime drama. Upon its theatrical release in December last year, the movie won unanimously positive reviews from the critics. It won widespread critical acclaim for its fresh treatment, bold writing and the excellent performances of the lead actors. Though the initial audience response was lukewarm, the positive word of mouth in social medias helped a great deal in pulling more audience to theatres. The movie eventually enjoyed a theatrical run of over 100 days.

Recently, during the 125 days success celebration of Mayaanadhi, the makers announced about its Hindi remake. Santhosh T Kuruvilla, Aashiq Abu and Sachin Pilgaonkar will be jointly producing the Hindi version movie and Jo Rajan will be directing it. Details regarding the cast and other crew members have not yet been announced.