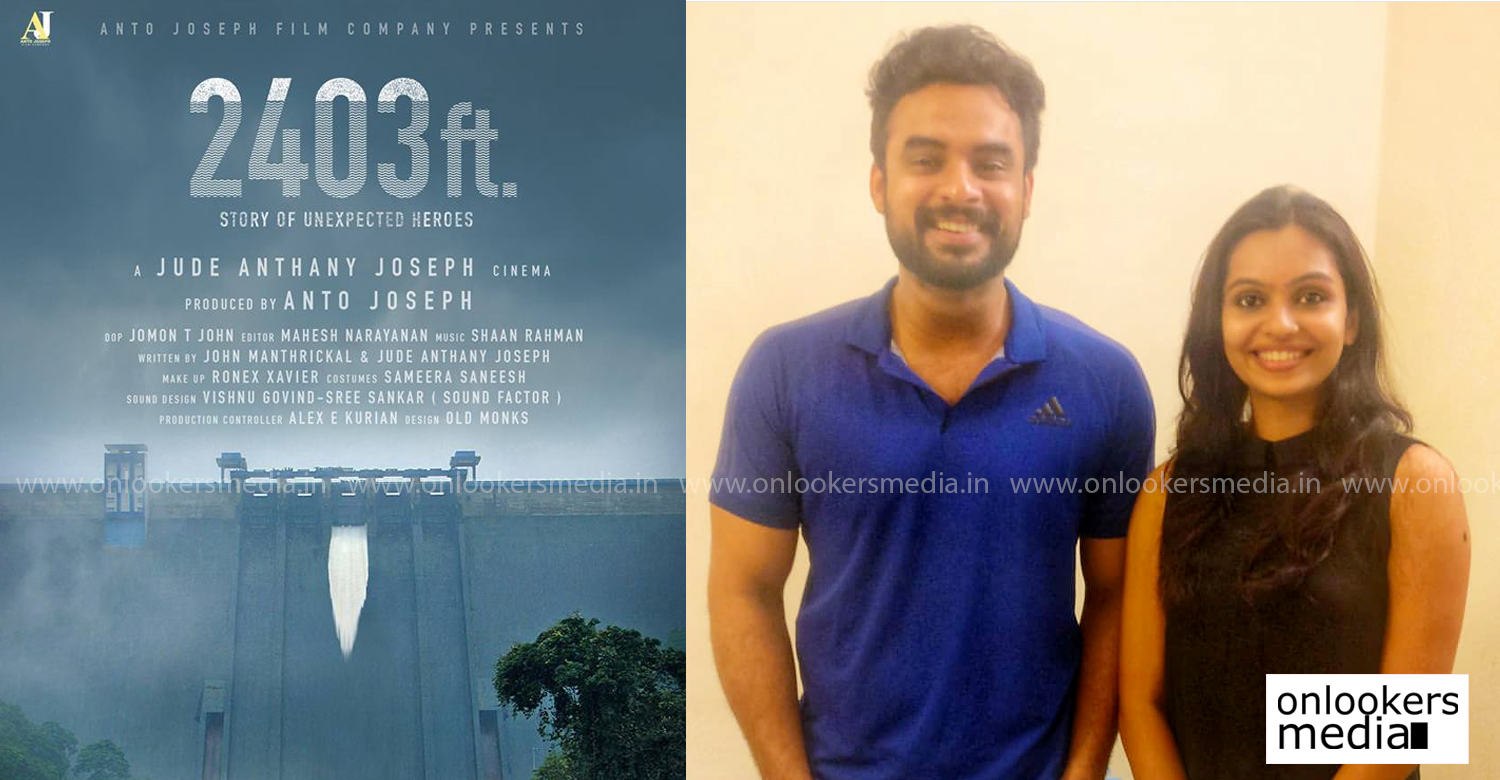 Director Jude Anthany Joseph’s ambitious film ‘2403 ft’ based on the devastating Kerala floods started rolling only recently. We hear that the team has already completed a brief first schedule. Tovino Thomas and ‘Ambili’ fame Tanvi Ram were part of this leg of shoot. ‘2403’ ft is inspired from several real life events that occurred during the floods of 2018. Director Jude is scripting it jointly with John Manthrickal, the co-writer of ‘Ann Maria Kalipilanu’ and ‘Alamara’.

There are reports about stars like Kunchacko Boban, Jayasurya, Asif Ali, Indrajith Sukumaran and Manju Warrier also acting in the film, but the makers are yet to confirm it. Earlier in an interview, Jude had mentioned that popular stars from Tamil cinema will also be part of the film. So we are still waiting for an official announcement regarding the cast.

An efficient technical crew is part of the film which includes cinematographer Jomon T John, editor Mahesh Narayanan, composer Shaan Rahman and sound designers Vishnu Govind and Sree Sankar. Since the movie demands good amount of CG and special effects, the makers are in talks with some of the leading VFX companies. Anto Joseph Film Company is producing this big budget film.