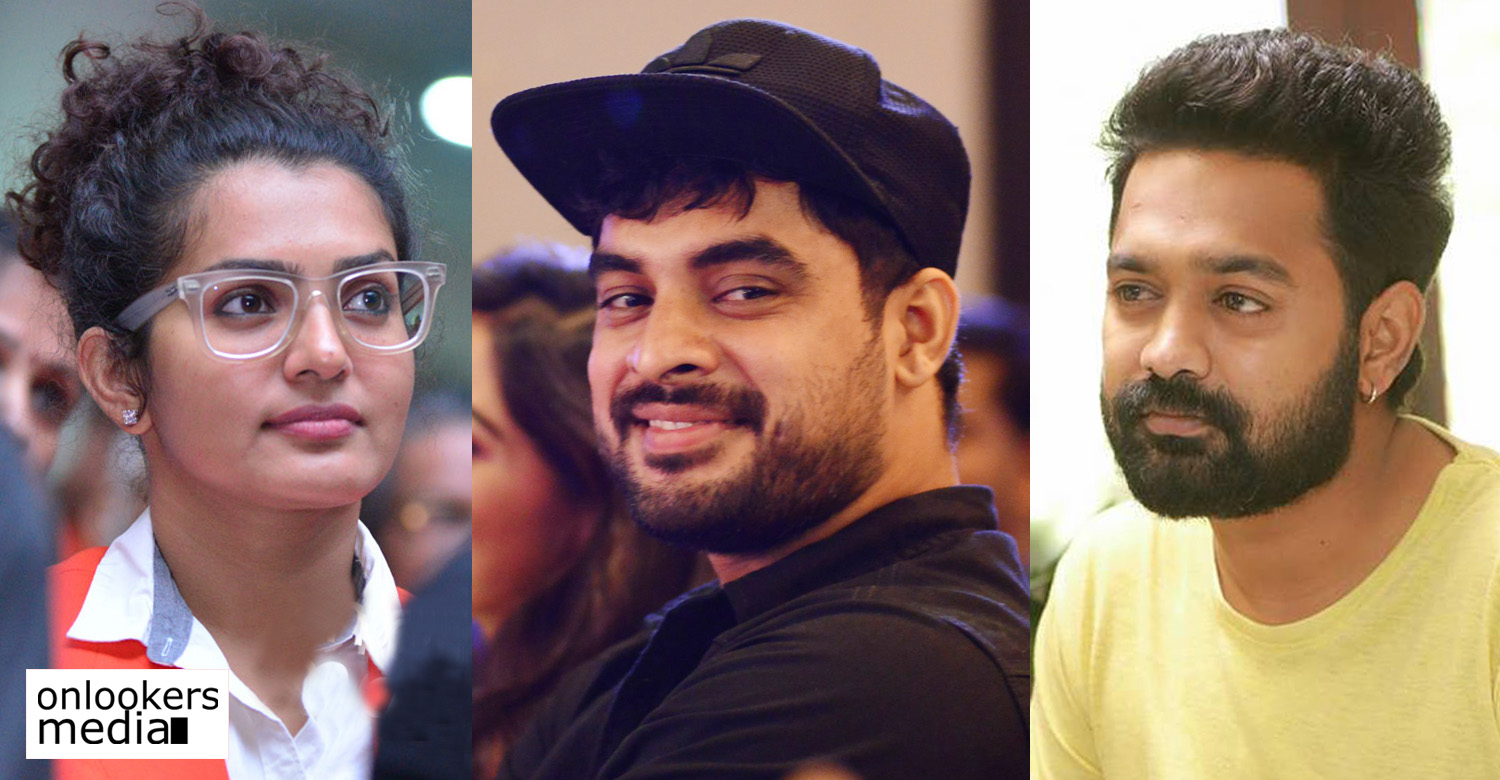 Tovino Thomas, Parvathy and Asif Ali to team up again!

As we had earlier reported, Aashiq Abu is planning to make a movie based on the Nipah virus outbreak with an ensemble cast. Tovino Thomas, Asif Ali, Parvathy, Rima Kallingal, Remya Nambeesan, Sreenath Bhasi and many others are part of the movie. Interestingly, another similar project is getting ready. Tovino, Asif and Parvathy will be playing the lead roles in the movie. Manu Ashokan, a former chief associate of late Rajesh Pillai, will be making his directorial debut with this movie.

National award winners Bobby and Sanjay are scripting the movie, which is based on the life of an acid attack victim. Parvathy plays this central character in the movie. The supporting cast also includes Renji Panicker, Prathap Pothen and Prem Prakash. Mahesh Narayanan will be handling the edits and Gopi Sunder has been signed as the composer. Mukesh Muraleedharan is the cinematographer.

This yet-to-be-titled movie marks the maiden venture of a newly launched production house, S Cube Films. The makers have planned to shoot the movie in Kochi, Mumbai and Agra. More details are expected to be revealed shortly.

India’s first ever movie marathon: 24 hour non-stop shows for Kayamkulam Kochunni in 52 screens!
Karthi to play the lead in Jeethu Joseph’s next Tamil film
To Top