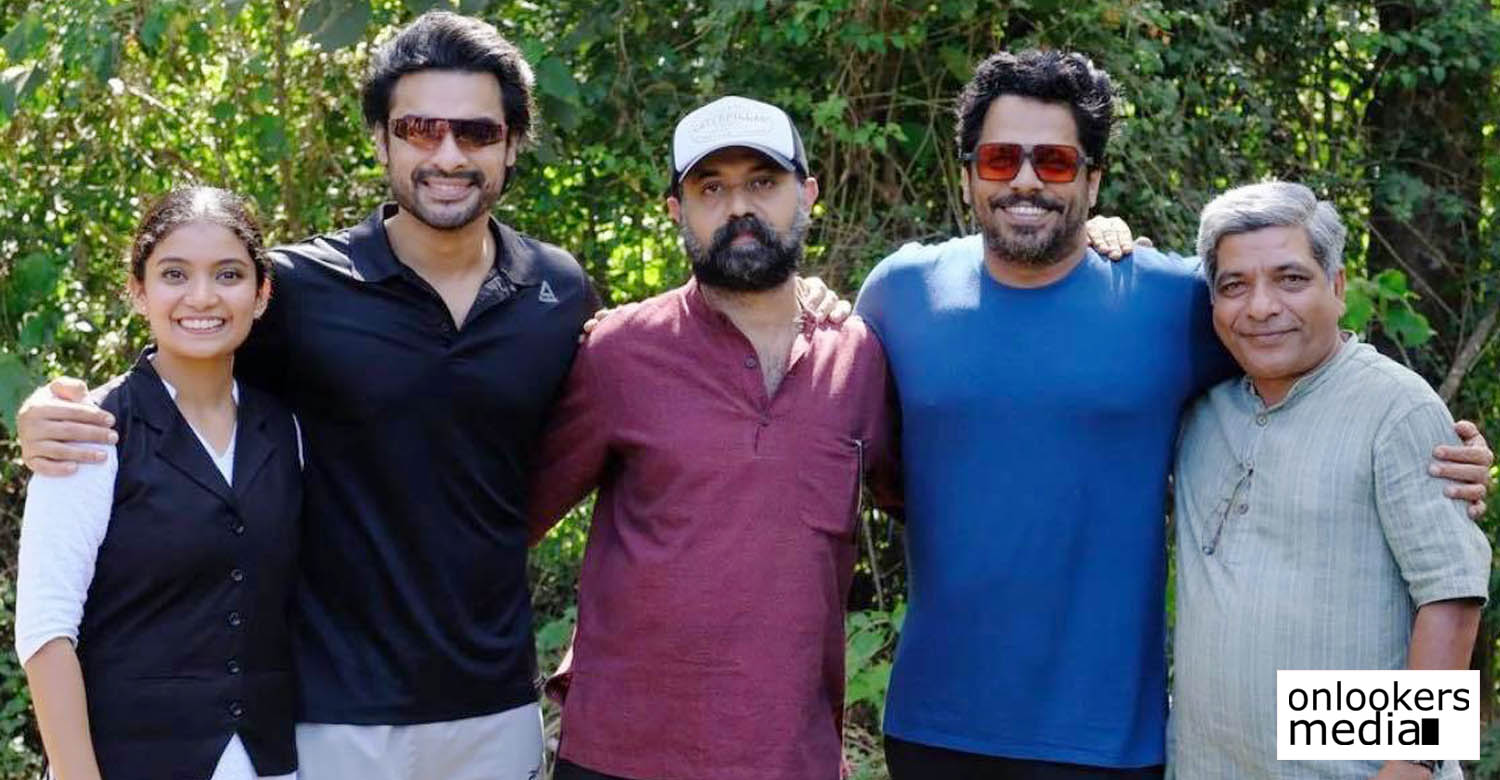 Tovino Thomas wraps up his portions for Naradhan

Tovino Thomas has completed his portions for his new film ‘Naradhan’ directed by Aashiq Abu. The film scripted by Unni R had Anna Ben as the female lead. It is produced jointly by Santhosh T Kuruvila, Aashiq Abu and Rima Kallingal. After wrapping up the shoot, Tovino flew to Hassan in Karnataka where ‘Minnal Murali’ is being shot.

Meanwhile, the star took to his social media handle to share some photos from ‘Naradhan’ sets and thanked the team members for their support. He has written,

And my journey with ‘Naradan’ comes to a memorable end. Got to play another never-before role, which was super fun. Thanking everyone – many familiar as well as new friends, for the great support and time. Stay blessed.

Though the makers have not divulged details about the film’s genre, ‘Naradhan’ certainly promises to be an interesting project. Renji Panicker, Indrans, Navas Vallikunnu, Rajesh Madhavan, Sharafudheen, Lukman and many others are part of the cast. While it is a first for Anna Ben, Tovino has already worked with Aashiq Abu twice, in ‘Mayaanadhi’ and ‘Virus’.

‘Naradhan’ has cinematography by Jaffer Zadique. Saiju Sreedharan is the editor and music department is being handled by ‘Da Thadiya’ actor Sekhar Menon.