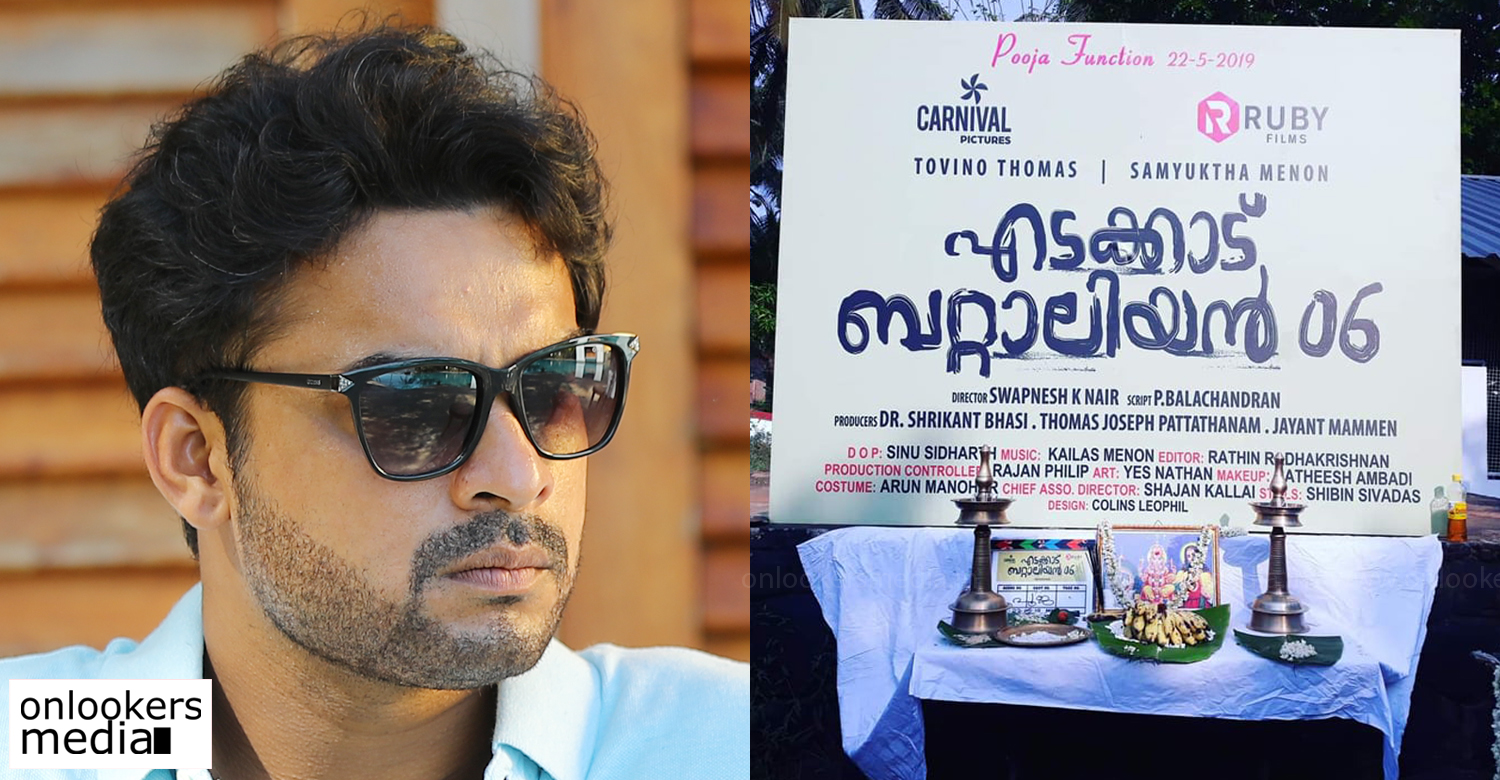 As we reported earlier, Tovino Thomas is starring in a new film titled ‘Edakkad Battalion 06’. Debutant Swapnesh K Nair, a former associate of Omar Lulu, is directing the film. The movie was officially launched today (May 22) with a customary pooja ceremony.

Actor-writer P Balachandran is scripting the film. He has penned some highly acclaimed films like ‘Ulladakkam’, ‘Pavithram’, ‘Agnidevan’ and ‘Punaradhivasam’. He last scripted the Rajeev Ravi directorial ‘Kammattipaadam’. Details regarding the genre of his new movie with Tovino has not yet been revealed.

Samyuktha Menon, who had shared screen space with Tovino in ‘Theevandi’ and ‘Uyare’, has been signed as the female lead. Sinu Sidharth will be cranking the camera and Kailas Menon will be handling the music department. Rathin Radhakrishnan is in charge of the edits.