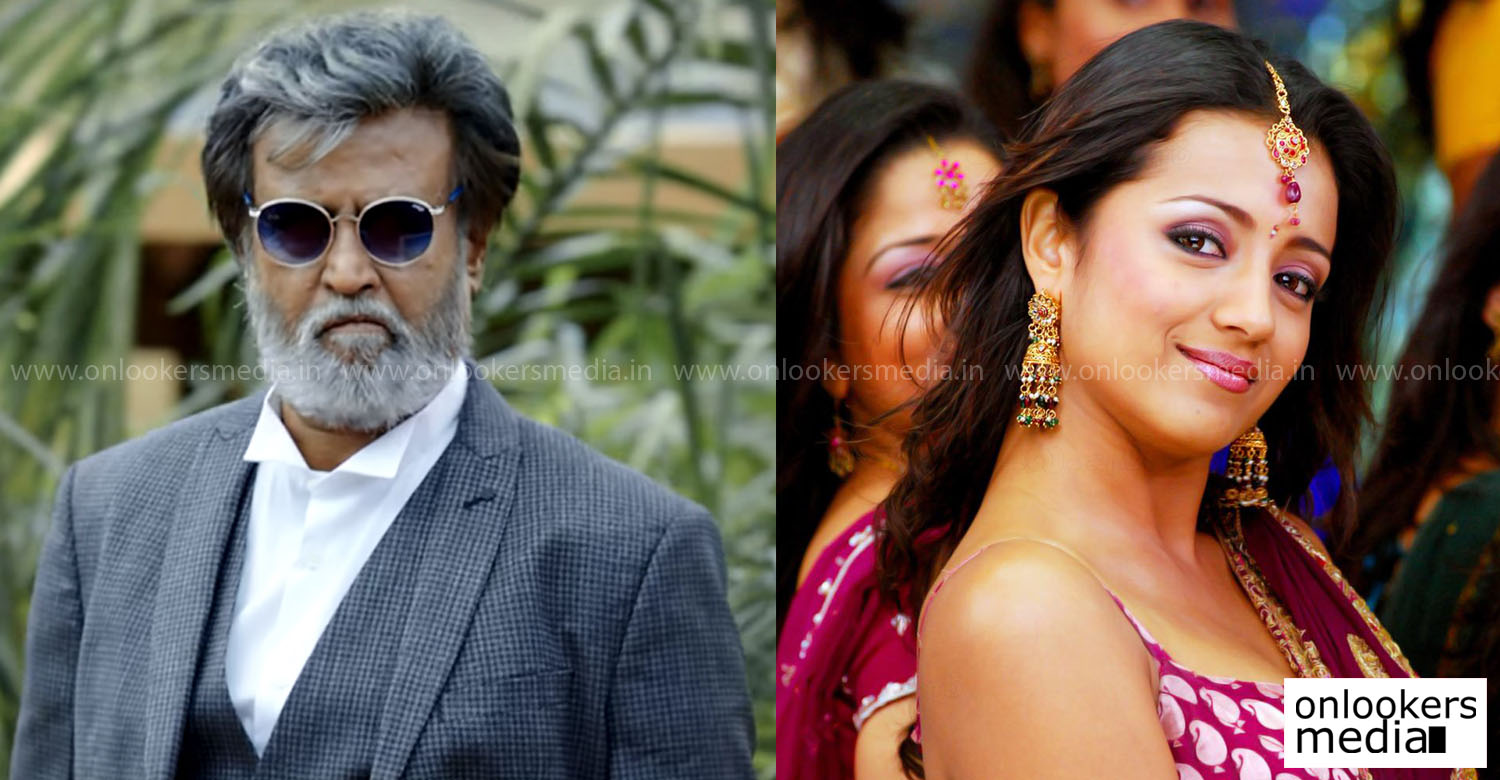 Trisha to pair up with Rajinikanth?

It is already know that Superstar Rajinikanth has signed another movie with Kabali director Pa Ranjith. The movie will be produced his son-in-law and popular actor Dhanush’s production company Wunderbar Studios.

There were many speculations about the heroine for the movie. Earlier it was rumoured that Amala Paul will be doing the female lead. But according to recent developments, looks like Trisha will get to pair with Superstar Rajinikanth.

Trisha is one of the top actresses of Kollywood for a long time now. Interestingly, she has acted in all major actors like Kamal Haasan, Vijay, Suriya, Ajith, Dhanush, Vikram, Simbu, Jayam Ravi etc.

But she is yet to act with Rajinikanth for a movie. Trisha has expressed her desire to act with the superstar in many interviews.

Trisha’s last release was Kodi where she played the lead alongside Dhanush. Her role in Kodi had grey shades and her performance was critically appreciated.

Trisha has also signed for Sathuranga Vettai 2 where she will be playing the heroine opposite Aravind Swamy.

Superstar Rajinikanth meanwhile is shooting for 2.0, sequel to the sci-fi blockbuster Enthiran. The movie directed by Shankar has Bollywood actor Akshay Kumar playing the antagonist opposite Rajinikanth. British model turned actress Amy Jackson is playing the female lead in this movie.