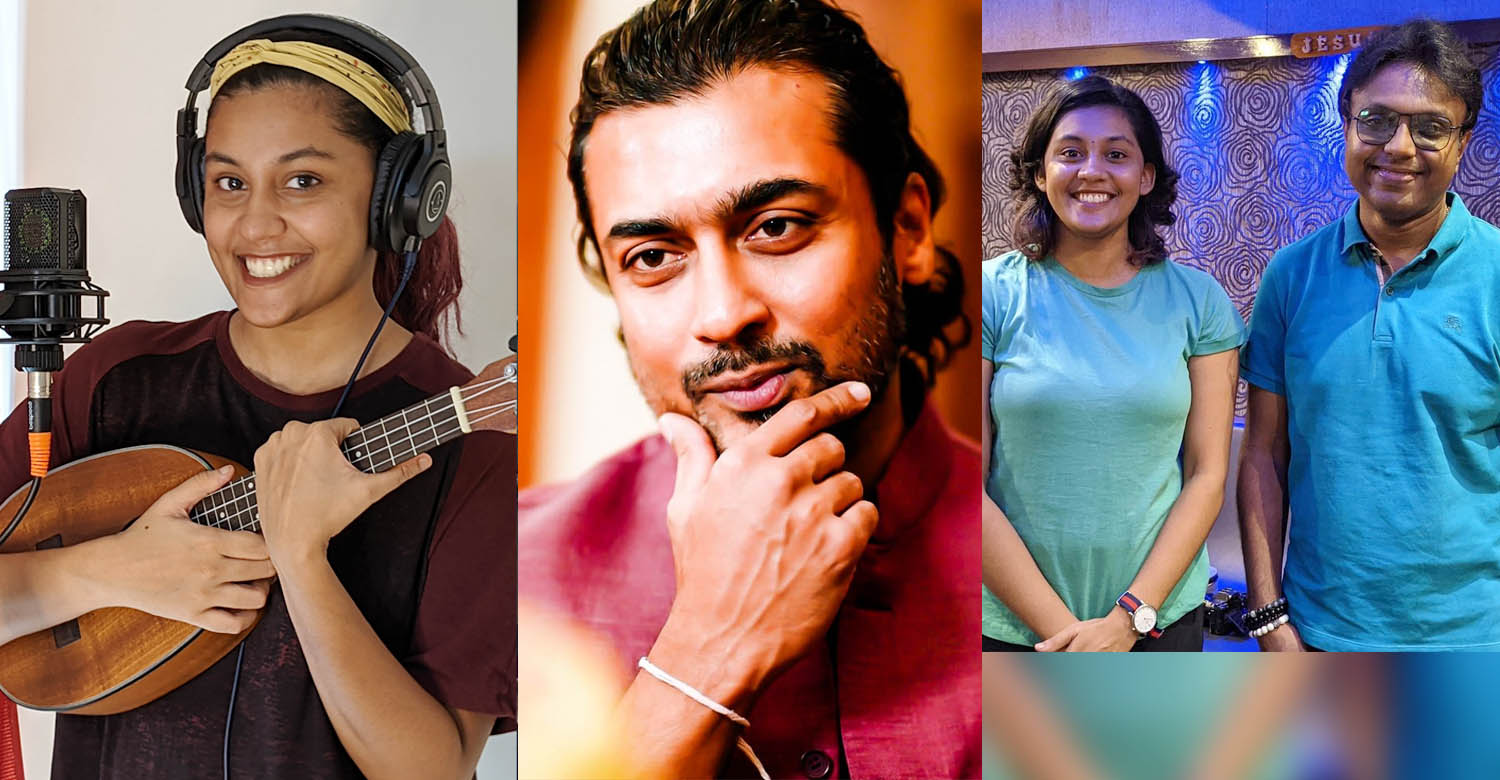 Arya Dhayal, who shot to fame by doing viral cover versions for popular songs, has now made her playback singing debut. Her maiden film song is in Tamil and it is composed by the recent National award winner D Imman. Arya lent her voice for a track in the film ‘Udan Pirappe’, which stars Sasikumar and Jyothika as the leads. The film is directed by Era Saravnan and produced by actor Suirya’s 2D Entertainment.

And I sang my first movie song #udanpirappe
I don’t know what to say !! What an experience it was to sing a beautiful song for @immancomposer
Sir. He promised almost a year ago to call when a suitable song for me is composed, and he kept his word (1/2)

I was a bit nervous to sing but he kept giving me so much confidence and motivation . Thankyou so much to Era.Saravanan Sir for joining us at the studio. I was so nervous that I couldn’t take a pic with you (2/2)