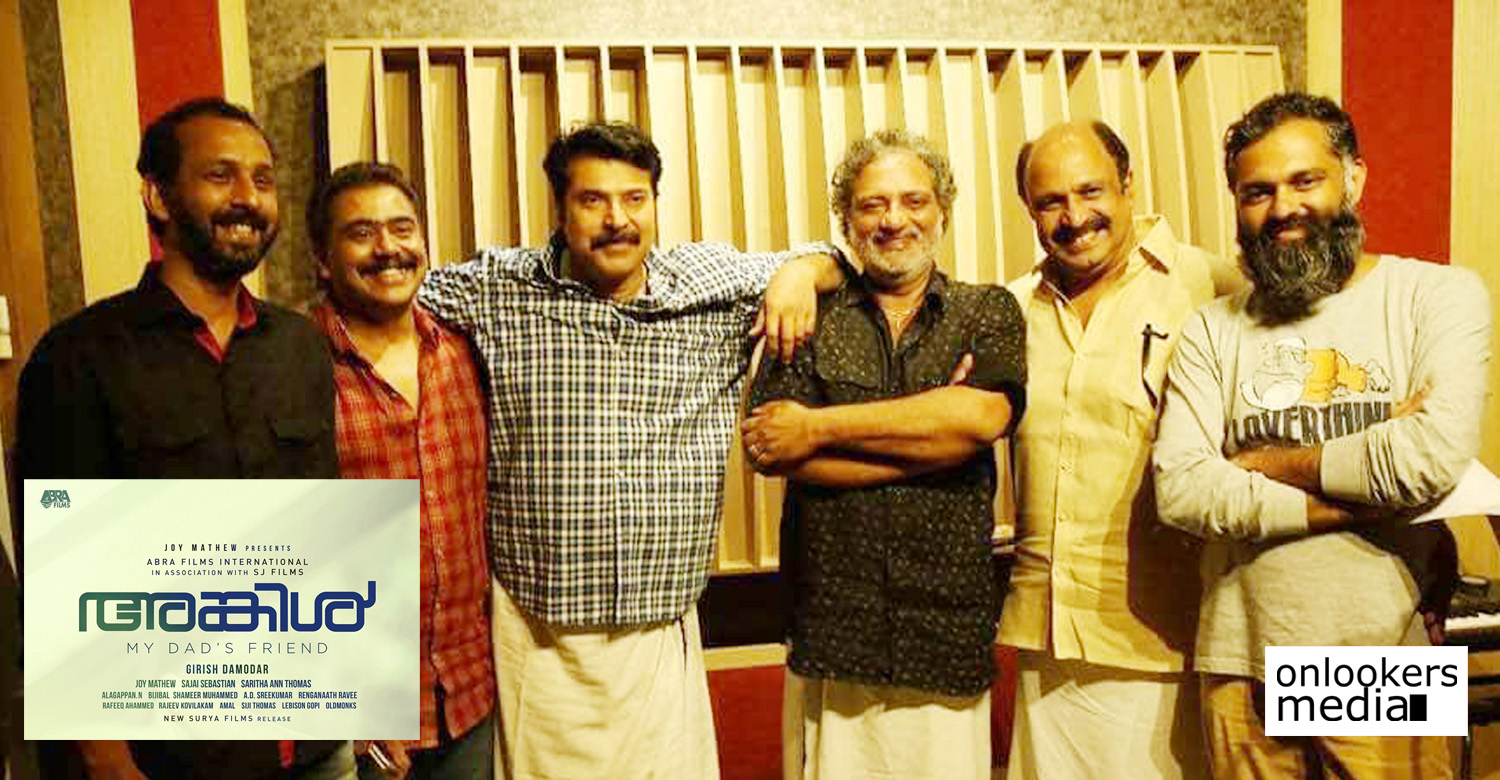 Uncle: Song rendered by Mammootty to be released today evening!

Mammootty starrer Uncle is all set to hit screens tomorrow (April 27). As a surprise gift for the fans, the makers are releasing a new song from the movie today evening at 6 PM. Bijibal has composed this track which is rendered by none other than Mammootty. The veteran star has sung only rarely, so it further adds up to the excitement.

Uncle is directed by debutant Gireesh Damodar, a former associate of Ranjith and Padmakumar. The movie is scripted by actor Joy Mathew, his second outing as a scriptwriter after the critically acclaimed ‘Shutter’. Just like his previous movie, Uncle also looks like a socially relevant film. It tells the story of a teenage girl and her father’s friend. ‘CIA’ fame Karthika Muraleedharan and Mammootty play these two lead roles in the movie.

According to the makers, the core plot is set in the journey of Mammootty’s character Krishnakumar aka KK from Ooty to Kozhikode. KK, a Mumbai based businessman, is accompanied by his friend’s daughter in this trip. It is about an unusual situation a middle class family is made to face. The social and political setting of Kerala is of much prominence in the movie.

Official: Vijay Sethupathi is a part of Rajinikanth’s next
Prithviraj directorial Lucifer starring Mohanlal to start rolling from July!
To Top