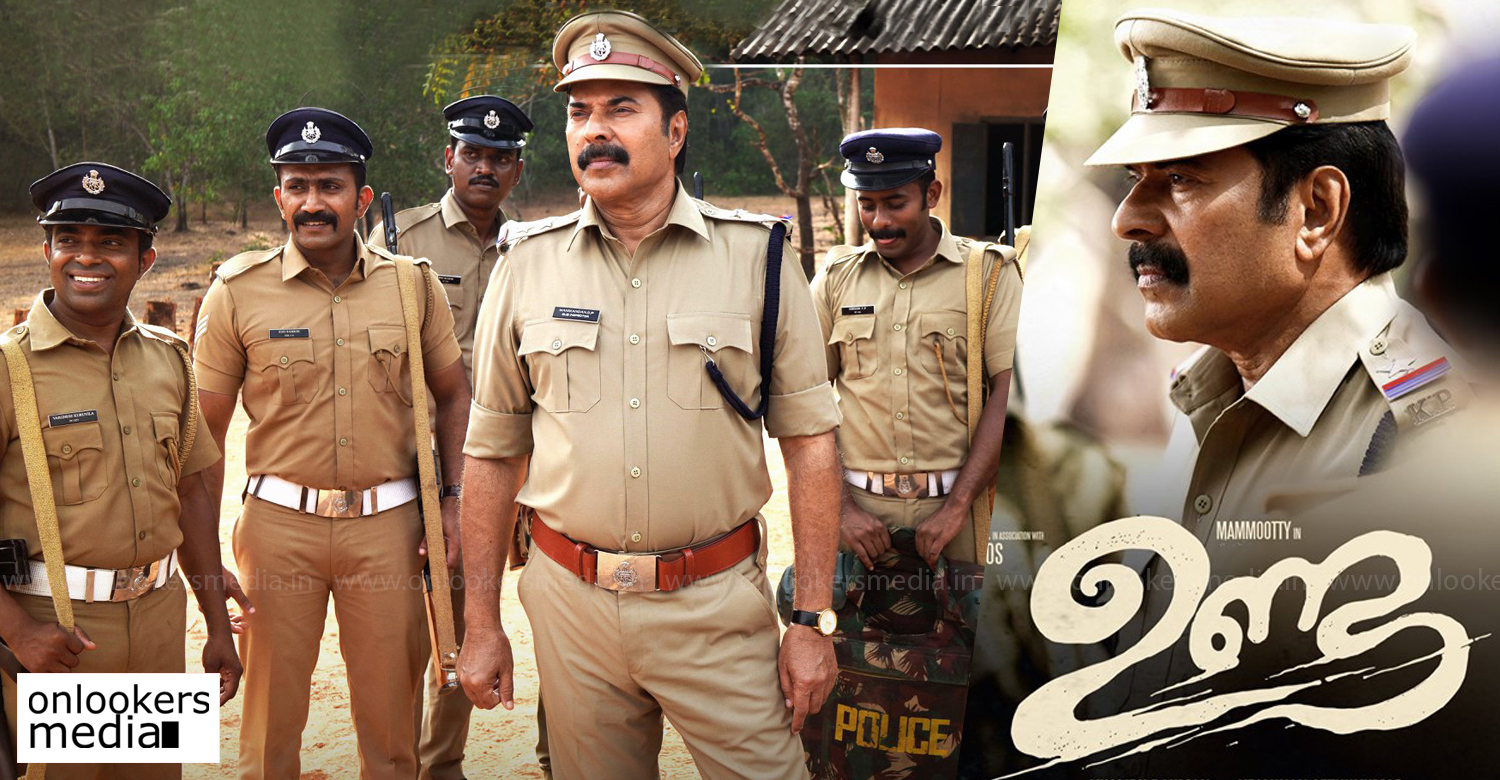 Unda all set to hit screens tomorrow amidst high expectations

After all the waiting, we are now just a day away from the release of Mammootty starrer ‘Unda’. The movie has been slated to hit in a good number of screens from tomorrow (June 14). Expectations are high for the movie, majorly due to the promising new-gen team and the intriguing promos released so far. The movie directed by Khalidh Rahman of ‘Anuraga Karikkin Vellam’ fame is touted to be a realistic cop flick.

‘Unda’, which has its screenplay penned by Harshad, is inspired from some real life incidents that occurred back in 2014 during the Lok Sabha elections. It is centered around a set of events that occur when an unit of policemen from Kerala reach the Maosit areas in Chhattisgarh for election duty.

Mammootty plays a police inspector’s character named Manikandan CP. The superstar will be seen as an ordinary policeman without any sort of larger-than-life heroic elements. It is expected to be a completely realistic film without any superstar glorification or other commercial gimmicks.

Musical prodigy Lydian Nadhaswaram to compose for Mohanlal’s Barroz
Thala 60: Ajith to play a bike racer in his next!
To Top